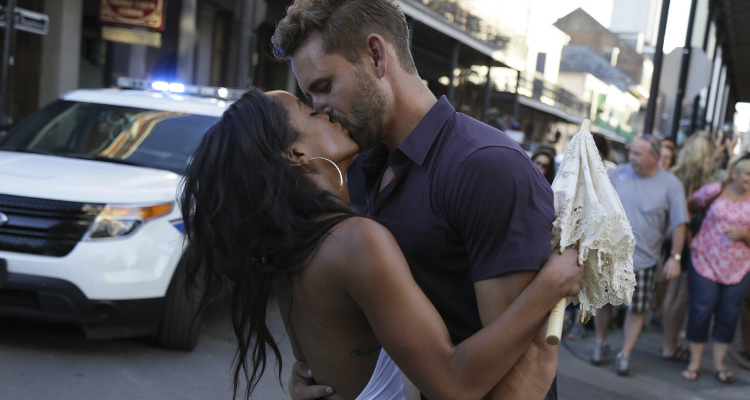 Nick Viall has definitely had his work cut out for him as season 21 of The Bachelor heats up, and three unlucky contestants are reportedly sent packing next week. Check out some juicy spoilers for next week’s episode 5 of The Bachelor right here!

After this week’s exciting episode of The Bachelor, fans were left flabbergasted when the spoiled rich girl and her arch nemesis nearly had a showdown in front of Nick and the other Bachelor contestants. Following Christen and Brittany’s shocking elimination in the rose ceremony, the remaining contestants headed off to Nick’s hometown of Waukesha, Wisconsin, where he enjoyed not one, but two romantic one-on-one dates with nail salon owner, Danielle L. and then Southern Belle, Raven. There was even a surprise group date on a farm. The girls were in for a surprise when they had to perform barn chores, which included milking the cows and shoveling cow poo in the barn. A visibly disgusted Corinne decided to sit out, as she couldn’t handle the smell and her “fingers were cramping.” Scroll down to find out what drama unfolds in The Bachelor season 21, episode 5, including some great Bachelor week 5 spoilers!

After spending some quality time with Nick’s family in his hometown, the remaining 15 Bachelor contestants bid adieu to the Vialls and head over to New Orleans for some spooky fun! Want to know what will happen in The Bachelor episode 5? Look forward to plenty of high-voltage drama, as tensions continue to mount between Corinne and the 23-year-old mental health counselor, Taylor. The Johns Hopkins alumni nearly comes to blows with this season’s villain, as the feuding duo accompany the 36-year-old software salesman into the bayou. Nick, Taylor and Corinne wade into the swamp, enjoy a tarot card reading, and finally, end the eventful night with drinks at a local haunt.

Naturally, Nick is faced with the difficult decision of giving the date rose to one of the two beauties, and according to Bachelor blogger Reality Steve, Taylor loses out to Corinne and is, understandably, furious. She is said to give the bachelor a piece of her mind after Nick claimed his “blood is boiling” over Corinne’s behavior. Who can blame Taylor? Corinne’s controversial antics have not gone down well with the other ladies of the house, and she has been alienated for her immaturity by napping, taking off her top in the swimming pool, and straddling Nick in a bouncy castle. 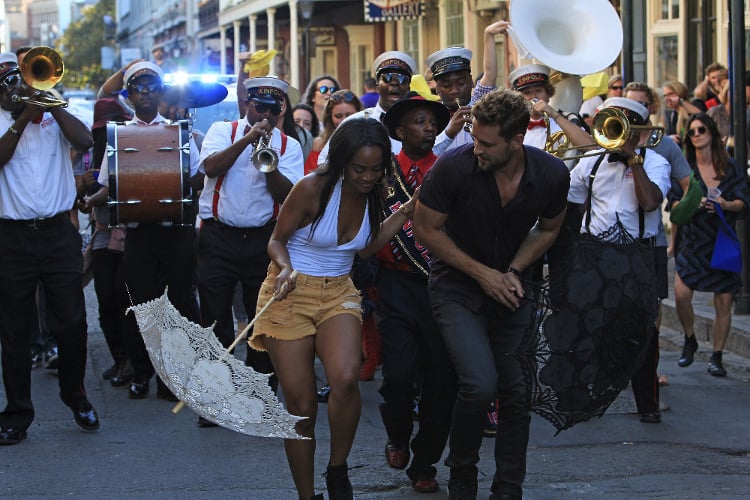 A Romantic Night on the Town with Rachel

Undoubtedly, Rachel Lindsay is a frontrunner in The Bachelor season 21, and it isn’t just because she’s drop dead gorgeous! The 31-year-old attorney from Dallas seems to be the perfect match for Nick and has captivated the hearts of The Bachelor fans with her beauty, as well as her smarts. Her one-on-one date with Nick goes wonderfully, sans any major drama from the other girls. Reportedly, the attractive couple head down to the French Quarter and dig into some delicious beignets at the world famous Café du Monde. Afterwards, they hit the streets and dance along with New Orleans musicians, before taking in a live performance by singer, Lolo. Sounds like the perfect first date, doesn’t it? It looks like Rachel’s fans are going to have their prayers answered, as the lawyer receives a date rose and stays safe in the competition for another week!

A Group Date with the Ghosts of New Orleans

The next day, Nick and 10 beautiful bachelorettes pay a visit to a haunted plantation, where they are nearly scared out of their wits! Jasmine, Alexis, Whitney, Josephine, Danielle M., Danielle L., Raven, Vanessa, Jaimi, and Kristina share ghost stories and even invite the spirits out to play with the help of a ouija board! The Bachelor contestants camp out on the plantation in sleeping bags, and thankfully, there is no drama as Danielle M. receives the group date rose. 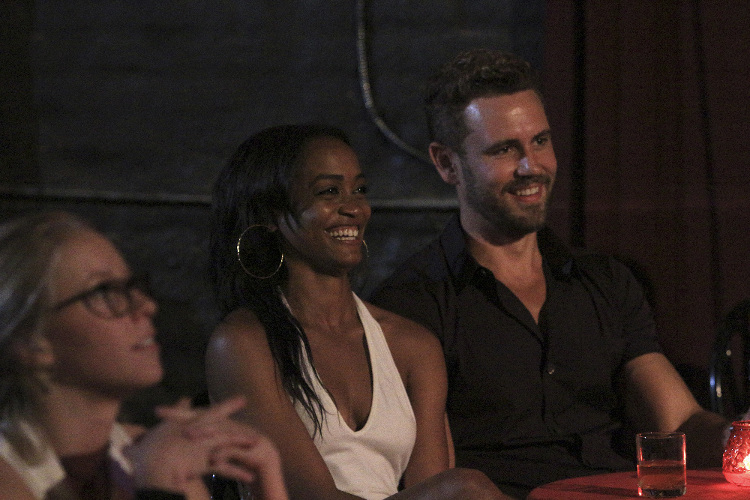 Who Does Nick The Bachelor Pick?

Everyone wants to know which of The Bachelor 2017 girls Nick takes home to his conservative Catholic family. The Bachelor season 21, episode 5 is almost upon us, which means that it won’t be long before we find out who wins The Bachelor 2017! Nick is faced with the toughest decision of his life as he takes his pick from a bevy of young, beautiful and successful women. So, who does Nick The Bachelor pick? Well, your guess is as good as ours, because the drama seems to be getting to the three-time-rejected Bachelor alum, who went so far as to cancel the cocktail party to avoid any unnecessary conflicts! It seems there won’t be an elimination rose ceremony in The Bachelor episode 5, but if you’re wondering who gets eliminated in The Bachelor week 6, the air is rife with rumors that Josephine Tutman, Jaimi King, and Alexis Waters will be sent packing!