What is “Earn the Necklace?”

At EarnTheNecklace.com, our goal is to bring the latest facts from the inner circles of celebrities to your screen. We are here to reveal the hottest celebrity details, the most addictive movie and TV show recaps and insider news, professional athlete escapades, trending updates from around the globe, and much more!

We dive into the hard facts surrounding the famous (and even not-so-famous) celebrities to bring you detailed Wikis, reliable Fact Checks, and fascinating Net Worth pieces. Are you wondering who’s dated who in the world of entertainment? We’ve got the scoop on all the important celebrity relationships, too!

When it comes to Hollywood, the music charts, the sports arena, the business community, and the Web, we’ve tapped into the social media scene and gathered all the latest information on what’s trending in today’s social media-driven world! Make us your homepage and visit every day, as we’re constantly revealing the latest buzz. Check out our team below! 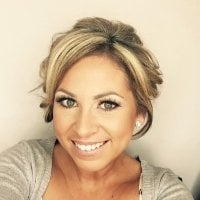 Tina has always been involved in the entertainment field, whether she was performing on stage from the time she was young to eventually pursuing a career in entertainment journalism. Through her various roles as writer and editor, Tina has been given the opportunity to meet and interview many of today’s hottest celebrities. Going forward, she’s made it her mission to give readers the latest scoop on the Hollywood scene. As EarntheNecklace.com’s editor, Tina is dedicated to bringing readers the best and latest information, so that EarntheNecklace.com becomes the one and only web source you need to get your entertainment fix! 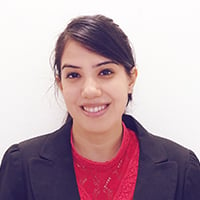 Ashmeet Bagga is an ETN author with a love for creativity! She enjoys experimenting with various subjects such as sports, politics, TV shows, celebrities, and basically all things related to Hollywood. After completing her post-grad in Marketing, Ashmeet took a small detour in her career path to pursue her dream of writing! Since then, she’s utilized her writing skills and joined the ETN team to bring you the latest in all things entertainment related. Although reading takes up most of her time, Ashmeet also enjoys watching movies, dancing and listening to music. 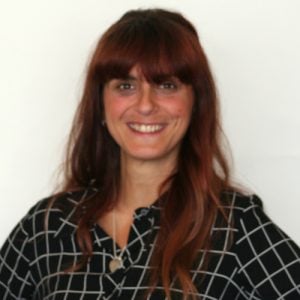 Jackie is one of the hardest working women in the business. She’s relentless in her pursuit of the facts and doesn’t take no for an answer. With 12 years of experience working for a global information marketing firm, she puts a unique spin on what the celebrities are REALLY doing behind the scenes. Because of her extensive experience working in and around the financial industry, one of Jackie’s greatest strengths is her unique ability to decipher the latest financial updates and turn them into news that even the most uninformed readers can understand. 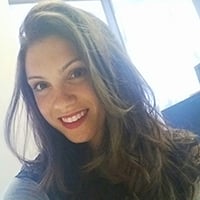 Amanda has always been fascinated with celebrities. She’s always on the lookout for the latest news and gossip to give to her readers with a unique twist. She’s spent time in the fashion world, one of the industries that always has its pulse on celebrity news, so she knows where to go to find you the latest celebrity news. She’s also born and raised in Toronto, home of the some of the most committed sports fans you’ll ever find—and Amanda is definitely one of them. Having grown up watching sports, reporting on them today just feels like a natural fit for her. 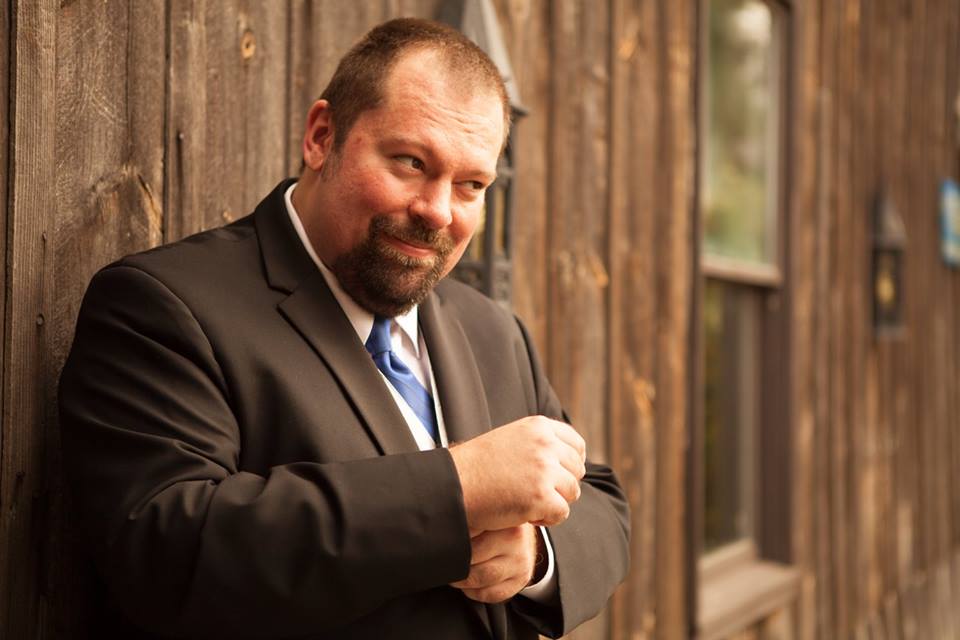 Brent Chittenden has been a writer following the eb and flow of pop culture for over five years. In the past, he has interviewed best-selling authors like Andrew Vachss and Max Brooks and celebrities such as Rock and Roll Hall of Famer, Slash and pro wrestling legend, Booker T. When he isn’t writing for EarnTheNecklace.com, Brent can be found reading a good book or demolishing alien invaders on his Xbox. 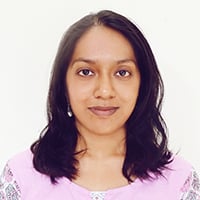 Reading, writing and pop culture have been Caroline’s passion since she was a child, thanks to her father. She grew up watching Oprah and F.R.I.E.N.D.S and read an odd combination of Dickens and DC Comics. After studying literature, she switched from teaching to writing to stay in touch with the entertainment scene. When she’s not busy covering the latest in entertainment news, Caroline likes to turn her focus to the global pop scene! 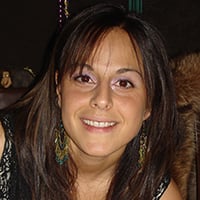 Elena has always loved the celebrity lifestyle. Whether its jetsetting to Italy, lounging by her pool or sipping a cocktail on her condo balcony overlooking Miami, Elena appreciates the finer things in life, just like the celebrities she writes about at Earn The Necklace. As someone who divides her time between the U.S. and Canada, Elena has always been particularly interested in the ins and outs of politics. Whether it’s navigating an upcoming election or profiling the latest political scandal, she’s on top of it. As such, Elena has been an active member of the publishing world since 2001. 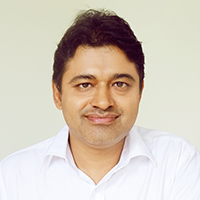 Naveen is an aspiring writer who dreams of seeing his short stories and novels on the shelves in bookstores, or better yet, topping the best-sellers lists! He has completed his MBA in Marketing and is currently interested in design. After working in Advertising and Marketing for a few years, he decided to get back to his first love, writing. He loves to read books, listen to rock music and write to his pen pals. His goal is to travel to different countries and understand different cultures. 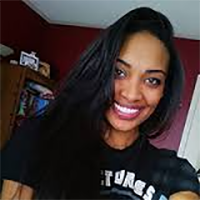 Even before she took her first steps, Sarah had a pen in hand. Her scribbles became stories and the pen was always her tool for expressing her thoughts. After completing a BA in English, she went on to receive a Post-Grad in Journalism with aspirations of writing and reporting for Lifestyle and Entertainment. She continued writing diligently on digital platforms, tackling social media networking and publishing over 700 articles online. In her spare time, she enjoys music, films, nature and lifestyle blogs, and considers herself a curly hair aficionado. She is determined to share the latest entertainment coverage with the utmost enthusiasm and a creative tone to keep EarntheNecklace.com readers coming back for more!. Ever since Dontei was a kid he loved TV, movies, and all things involving entertainment. When he was supposed to be doing his homework he was busy watching his favorite shows. But when Dontei isn’t on red carpets or chatting with celebrities about their latest projects at parties, he can be found at home watching Scandal. 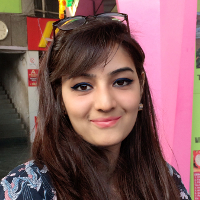 Amrutha is educated in fashion design and she’s in a very serious relationship with food. She would love to travel to every corner of the globe and she is inspired by even the smallest of things. Amrutha is crazy about books and loves to curl up with a good cup of coffee to read anything written by Agatha Christie. She says she can whip up a mean cocktail in a jiffy and spends her free time indulging in the beautiful world of fashion. Since she was a little girl, Amrutha liked to write her own versions of stories and would get lost in her books for hours. She looks for the silver lining in even the most serious of situations and tries her best to find beauty in everything. Her love for all things fashion and entertainment related is what propelled her to start blogging, and eventually, she realized writing was her calling. (And when she’s not reading or writing, you’ll definitely catch her polishing off a plate full of fries!). 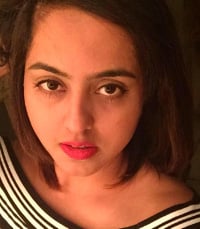 Aliya is a die-hard “Potterhead” and one of her talents includes referencing Harry Potter at all times. Being smitten by the magic of words, she went on to choose writing as her profession. Her endless love affair with words has also led her to write page poetry, where she has participated in several international poetry competitions. She went on to try her hand at spoken word poetry, and now, she performs her impressive pieces a few times each month. Apart from words, Aliya is obsessed with traveling. She loves the idea of solo travel and has traveled extensively across Europe, North America, and Asia. As part of the volunteer work she is involved in, Aliya has taught English in countries such as Poland, Hungary, & Slovakia. Her goal in life is to a write a fantasy-fiction novel and to romance words until the end of time. 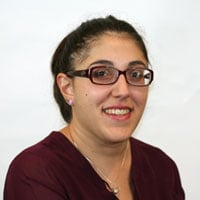 Tina is a proud celebrity and entertainment news aficionado. From the time she was a small child, she was deeply fascinated and enamored with every aspect of pop culture. A self-proclaimed classic film enthusiast and cinephile, Tina also enjoys reading and writing about the glamorous and often scandalous lifestyles of the biggest players from Hollywood’s Golden Age and beyond. Having earned a B.A. in English and two minors in Philosophy and Linguistics, Tina has continually demonstrated her love, passion, and respect for the written word as well as in-depth analytical thinking when it comes to various creative mediums. When she’s not obsessively perusing through gossip columns and Twitter feeds to find the next big celebrity news story, Tina can be found at home binge-watching either Supernatural or Shameless on Netflix with a large bowl of popcorn by her side. 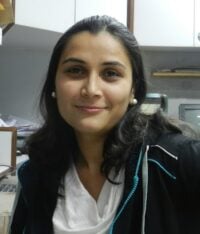 When she was younger, ETN writer Aditi never could have imagined turning her hobby into a full-time career. Aditi has been enamored with television and films since her childhood, some of her favorites being The Big Bang Theory, Friends, Vampire Diaries, and K-dramas. In addition to binge-watching Netflix in her spare time with a cup of coffee, she also enjoys reading and baking. Aditi’s dream is to see every country in the world, with the intention to soak up as much knowledge as possible from every place she visits. She has a long list of other to-dos; with her top three being to play the guitar flawlessly, to learn the Korean language, and to become an entrepreneur.