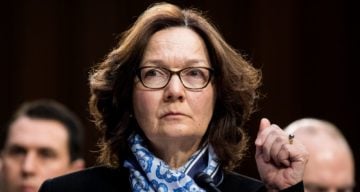 Gina Haspel, the current director of the CIA, has become the subject of some unbelievable rumors online. Currently, speculation is rife that Gina Haspel has died. This alleged news comes after reports that Haspel’s career is hanging on by a thin thread, which President Trump could snap anytime. Is Gina Haspel the subject of a death hoax, or did something really happen to her? We set the record straight here.

Gina Haspel (born on October 1, 1956) was appointed as director of the CIA by Donald Trump in 2018. She is the first woman to serve as the director in the CIA’s history.

Haspel’s intelligence career, though, hasn’t been without controversy. But since his 2020 election defeat, there’s speculation that President Trump might fire her.

While her career is under question, Haspel is the subject of rumors on social media. The most popular one propagated by a tweet is that Gina Haspel is dead.

Many are, of course, seeking confirmation for the news. However, there’s no evidence suggesting that either the tweet or the Twitter profile is credible, and it can’t be said that Gina Haspel is dead.

More rumors are circulating online that are equally as inconclusive. Some claim that Haspel was arrested for alleged treason.

Others claim she was injured during a shootout that ensued at a raid on German servers. However, the claim that election servers were raided in Germany was disproved weeks ago.

In recent Gina Haspel-related news, Trump and his allies were reportedly frustrated with Haspel for allegedly delaying the release of certain documents. These documents would allegedly expose the supposed “deep state” plot against Trump.