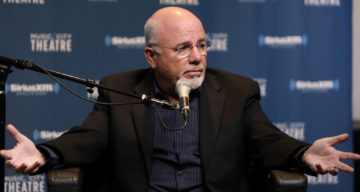 Dave Ramsey Made a Statement About America on Facebook.

There’s a post going around social media that was seemingly written by Dave Ramsey, the financial guru and radio host. The post reads like a rant against liberal beliefs, but Ramsey’s followers don’t believe he wrote it. Ramsey is a conservative, but his listeners cross political lines and follow his economic advice. Many question when and where he supposedly made the rant. Fortunately, Dave Ramsey set the record straight himself.

The rest of the post was a lengthy rant against the liberal movement’s advocacy and beliefs. The content was enough to make Dave Ramsey’s followers check his social media to see if he’d actually said something like that.

Ramsey’s social media channels have no traces of this post. No one heard him say this on his radio show or in an interview, either.

His regular listeners were quick to question if the rant was really from him. Some even contacted Ramsey’s team for answers.

The post has clearly come to the radio host’s attention. A person from the Ramsey Concierge Team promptly responded to an email and denied that Ramsey made the statement.

Dave Ramsey himself tweeted that he never wrote the statement. He emphasized it with the false Abraham Lincoln quote.

There’s a post going around today that someone put my name on. I did not write it.

“Don’t believe everything you read on the internet.” — Abraham Lincoln

The origins of the statement can be traced back to mid-2020. The rant is part of a longer anonymous opinion piece, posted online back when the movement to leave the USA if Donald Trump wasn’t re-elected picked up steam.

The post is easily accessed online by pasting a part of the statement into the search bar. It’s not known who wrote it, but Dave Ramsey denied having anything to do with it.