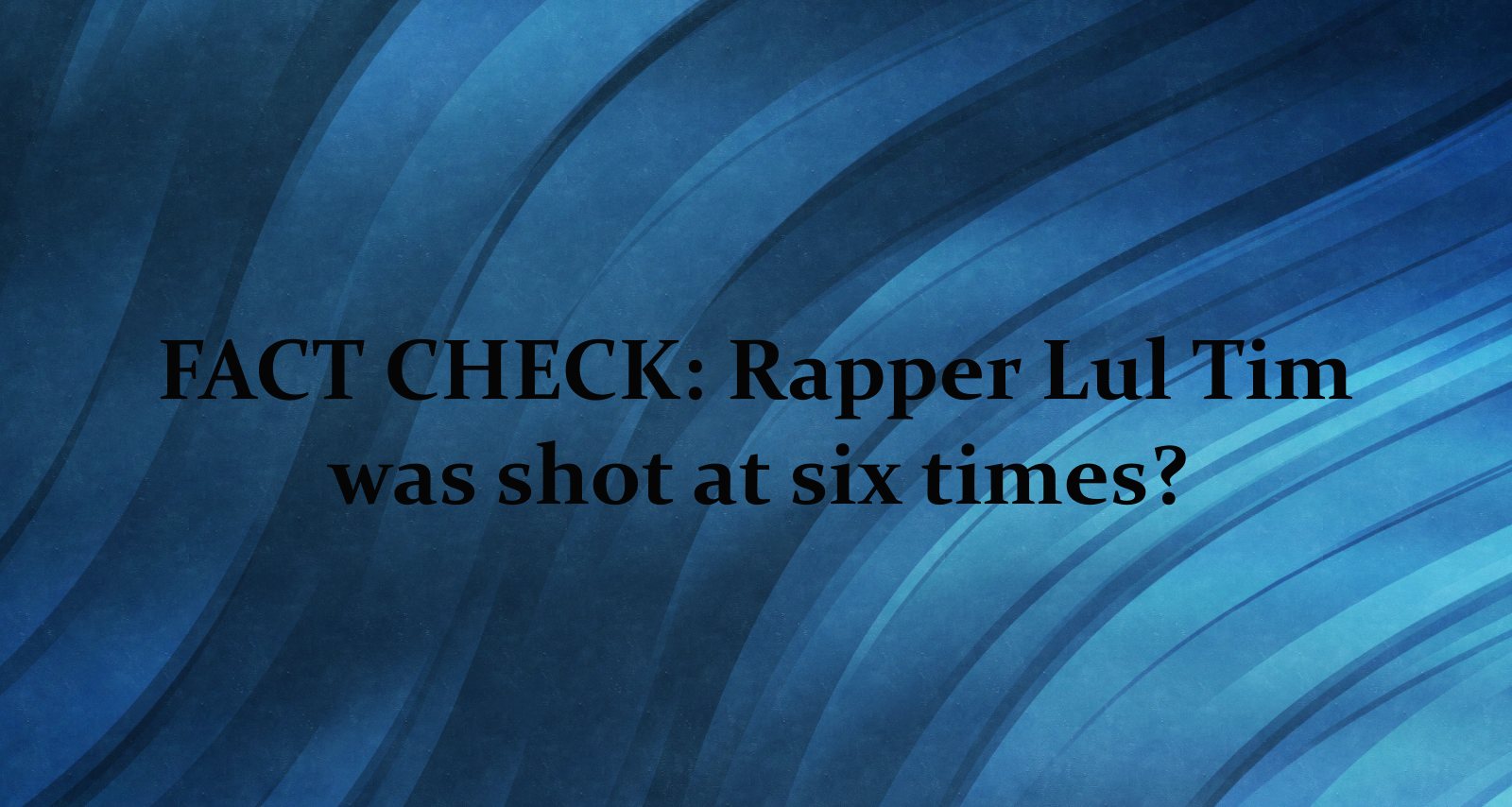 A claim circulating online alleges that Lul Tim was shot six times. The recently debuted rapper, whose real name is Timothy Leeks, is better known on social media as the alleged killer of King Von and an associate of Quando Rondo. A post and video online claim that Lul Tim was shot and killed as revenge for King Von. Is it another violent death of a hip-hop artist or another online death hoax? Lul Tim himself debunked this rumor.

A YouTube video uploaded on July 15 references a now-deleted social media post about Lul Tim. The post and video allege that Lul Tim was fatally shot as revenge for King Von’s death.

According to the video, Lul Tim was shot in the chest six times. The post claimed there were no updates about his condition, but later, more rumors began surfacing that Lul Tim had died.

Lul Tim, or Timothy Leeks, was accused of murdering Chicago rapper King Von in November 2020. Leeks was initially arrested, but Georgia hip hopper Quando Rondo, who had beef with Von, reportedly posted the $100,000 bail in March 2021 to get him out.

Lul Tim has been active on social media since then, and most recently turned to a career in music. He dropped his first track, “Off the List,” in June.

Amid all the attention, the alleged news of his death surprised his followers. They wanted to know what happened to Lul Tim and if he was really killed. 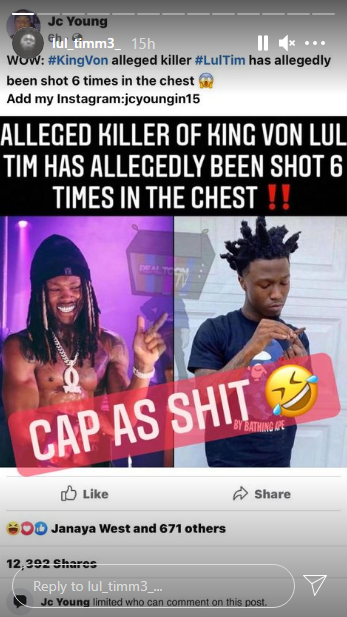 Lul Tim didn’t waste any time telling his Instagram followers that he is very much alive. He has been posting actively since the news surfaced on the Internet and addressed the hoax in his Instagram stories.

His team has denied that Lul Tim was shot or attacked in any way. The rapper shared the same news from his spokespersons on his stories. He shared similar posts about his supposed death in his stories and seemingly laughed at the hoax.