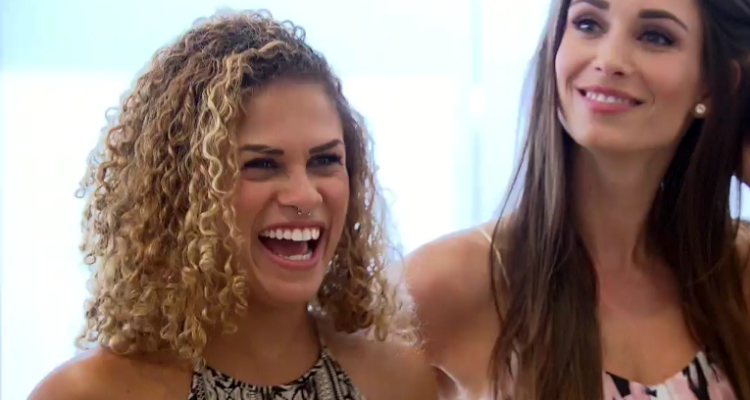 Chances are you’ve already read our wiki on Jaimi, The Bachelor contestant from New Orleans, Louisiana, but have you seen Jaimi’s hot, sexy bikini photos? Fans of the show have been Googling “Jaimi The Bachelor Instagram,” in order to get a glimpse of a few Jaimi King pics. So, if you’ve been looking for Jaimi King photos, then you came to the right place! We’ve done all the hard work and found the best ones for you!

Jaimi isn’t hard to miss with those golden locks and killer smile! She and Nick haven’t been able to spend as much time together as she would like, but that may change in future episodes.

She Lives at the Gym

According to her profile, Jaimi is what is known as a “Pesco-pollo-lacto-ovo-paro-tarian,” (someone who only eats bird and fish byproducts), so it’s no surprise to anyone that she goes to the gym. She still gets to enjoy her M&Ms, but isn’t afraid to feel the burn afterwards. She bakes cakes of all kinds but chances are you won’t see her indulge in a whole one by herself! Did we mention she catered the Oscars once?!

She Enjoys a Night Out

Come sit with me ❤️

Who wouldn’t want to sit with her? We wouldn’t mind, but we think she would much rather choose Nick’s company over ours, any day. Rocking a green cocktail dress at The Burgundy Bar, Jaimi seems right at home. A couple of her Bachelor friends liked the photo too! Maybe they’re close when the cameras are off?

Also Read: Jaimi King’s Job: What Does “The Bachelor” Contestant Do for a Living?

We’re pretty sure Jaimi’s beach body didn’t come easy, so hopefully Nick can keep up! It takes a lot of work to look that good! Whether it’s a bikini or a comfortable sweater—Jaimi always looks great!

She Likes to Party!

Who doesn’t like popping bottles on New Year’s Eve? Jaimi is stunning in this backless dress and a casual ball cap. We think she knows how to show Nick a good time. She fun, down to earth, and is ready to find love, even if it happens to be on reality TV! Based on her photos, it seems Jaimi would be a great match for Nick, so tune in to ABC every Monday at 8:00 p.m. EST to see how far Jaimi will make it in the fight for Nick’s heart!