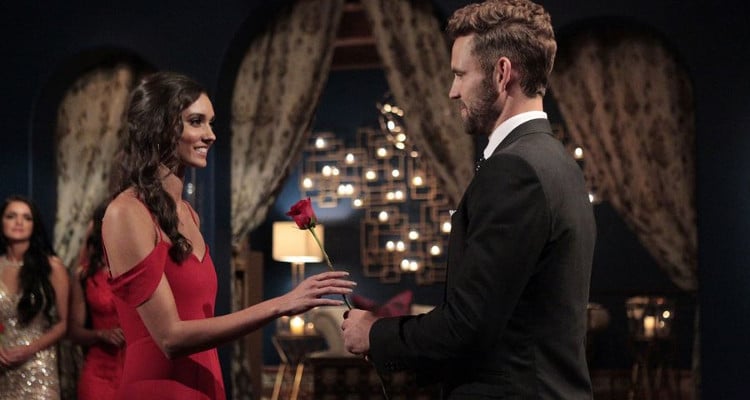 With so many women competing for Nick Viall’s heart, it can be a little difficult to set them apart. We have more information on Whitney from The Bachelor, including some Instagram photos you have to see!

There were 30 women trying to win handsome bachelor Nick Viall’s heart. Each one comes from a different background and has a different story to tell. Now that The Bachelor is gearing towards week three, we are left with 21 contestants in the running to be Viall’s potential wife.

One girl who stands out and has set ideals for marriage, is Whitney Fransway. If you would like to see more of Whitney from The Bachelor’s hot Instagram pics, then you have come to the right place. But, before we get to that, let us get to know her a little better.

Also Read: Whitney Fransway’s Job: What Does “The Bachelor” Contestant Do for a Living?

Whitney Fransway, though seemingly more quiet than most of her competitors, has peaked the interest of fans in the battle for Nick’s heart. As we are only entering week three for the 21 hopefuls, it is still a bit early to be making predictions as we are still just getting to know the contestants. Let’s be honest, it isn’t until at least week three that we really start to see the fangs come out! And with girls like Corrine hoping to sink her teeth into Nick’s heart this season, there’s no telling what kind of juicy drama we could be in for! While we know the Corrine storm is coming, there seems to be a calm in the quiet Whitney Fransway, and fans are curious to learn more about her.

Also Read: Whitney Fransway Wiki: Everything You Need to Know about “The Bachelor” Contestant

First of all, we know Fransway has a body to kill for, which is likely because the 5’8” stunner is a Pilates instructor and has a contract with Wilhelmina Model Management. Her Instagram has over 13,000 followers, and if you take a closer look at Whitney Fransway’s pics, you will see how she keeps herself in shape.

Fransway has a lot of friends who were previous contestants throughout The Bachelor franchise, including Lucy Aragon from The Bachelor season 18 and JoJo Fletcher, season twelve’s Bachelorette. She has also dated quite a few reality stars. Fransway was in a relationship with Bravo TV’s Most Eligible Dallas star, Matt Nordgren for about two years, and has also dated The Hills star and Caitlyn Jenner’s son, Brody Jenner.

Whitney Fransway is one of the 21 women left still vying to win Nick Viall’s heart. Given her dating history and friendships with reality stars, we wonder far she will go on The Bachelor. Here are some of Whitney Fransway’s best Instagram pics.

We can just see her on the set of the Baywatch movie. She is already wearing the right outfit, and can certainly pull off the look!

My kind of happy hour 💛 #pilates

Whitney Fransway is a Pilates instructor and, looking at this photo, we can safely assume that this is not a scary or uncomfortable position for her!

Fransway looks amazing as she poses in a white bikini.

The perfect way to head over to the beach is to wear your favorite bikini and the right shades. Fransway is doing just that, and she looks amazing doing it!

Killing It as a Model

That Girl is Super Talented

Apart from being a Pilates instructor and a model, Fransway can also spin records on the turn table!

She Loves the Beach

Just one of the boys! Whitney Fransway looks amazing and laid-back with her hair down and an oversized sweater.

She looks like she is having a great time hanging out with her besties!

Whitney Fransway looks stunning in this neutral outfit. We cannot wait to see what other looks she brings to The Bachelor!