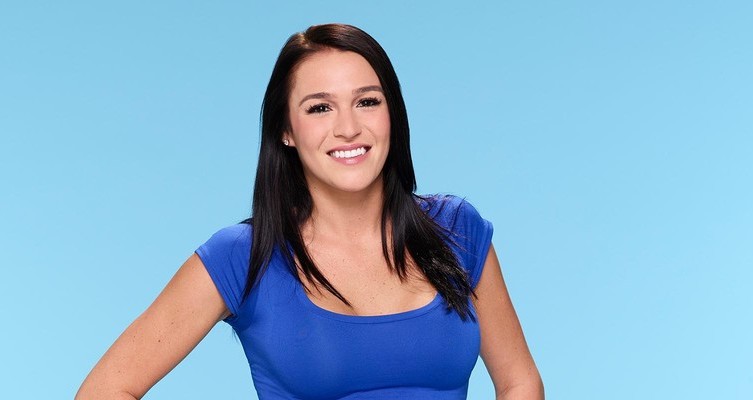 There is no doubt that, by now, you’ve heard of the dolphin girl on The Bachelor. Want to know more about her? We’ve gone through Alexis Waters’ pics for the funniest and hottest pics we could find. Check them out below!

The Bachelor has finally started and fans are already salivating at the idea of a whole new season of drama! We are two episodes into season 21, where we see the return of Nick Viall, only this time not as a contestant, but as The Bachelor himself! If you think he looks familiar, it may be because of his former stints on reality TV, all within The Bachelor franchise! Nick appeared on multiple seasons of The Bachelorette, and then tried his luck on Bachelor in Paradise, only to end up solo, yet again. Now, Nick is in the drivers seat hoping to find love with one of these beautiful, young ladies. There is certainly no lack of beauty when it comes to this new group of women, and the contestants are all trying to make sure that Nick Viall notices them, too. One contestant who made a splash was Alexis Waters, a.k.a. dolphin girl, a.k.a. shark girl. You’re bound to be memorable if you show up in a shark costume —especially if you insist that it’s a dolphin costume! Luckily for us, Alexis from The Bachelor’s Instagram is more than just her in costumes. She’s also posted tons of memes that seem to show off her sense of humor. This aspiring dolphin trainer who dressed up like a shark has many sides to her personality. With that in mind here is Alexis from The Bachelor in all her weird glory!

Also Read: Alexis Waters’ Wiki: Everything You Need to Know about “The Bachelor” Contestant

One of the things that must have had become apparent is that ABC has tried to dull this girl down! If you were just judging her by the press picture on ABC’s web site, you would have no idea how beautiful Alexis really is. Look at her! She’s hot.

She Has a Great Sense of Humor

Alexis Waters clearly loves to dress up and she has a great sense of humor (if that wasn’t apparent from her first meeting with Nick Viall). She has a love of costumes, like one where she is in an inflatable sumo suit! You’ve got to love a girl with a sense of humor who can poke fun at herself!

She’s Proud of her New “Assets”

Cause you know what I need from you when I get home ????

During the last episode, Alexis decided to celebrate the anniversary of her new boobs with Nick, so she did so with cupcakes, candles and cleavage!

Looks like someone is wedding ready! Here’s a shot of Alexis in all her glam and glory attending a friends wedding. This girl certainly cleans up nice, especially after seeing her in the famous shark costume!

The Alexis Waters pics she has posted of her workout bod makes us all want to do a few extra sit ups! She lives a fairly active lifestyle, which shows in her incredible physique!

The one thing you get out of Alexis Waters’ photos on Instagram is the fact that she loves having a good time! It doesn’t matter if she’s out paddle boarding or just at home with friends, whatever she does, she likes to have a good laugh doing it.

She’s Comfortable in a Bikini

Tons of the pictures Alexis posts feature her in a bikini. She seems very comfortable in them and quite frankly, who wouldn’t be with a body like that! She admits to paying money for breast implants, so she has all the right in the world to show them off! There are definitely a bunch of other Bachelor contestants who had plastic surgery, whether or not they own up to it.

In short, Alexis is quirky, beautiful and it certainly looks like she’d be a lot of fun to hang out with! She’s the friend you want at a party because you know that no matter how many people will show up, she’ll make sure that the party is poppin’!