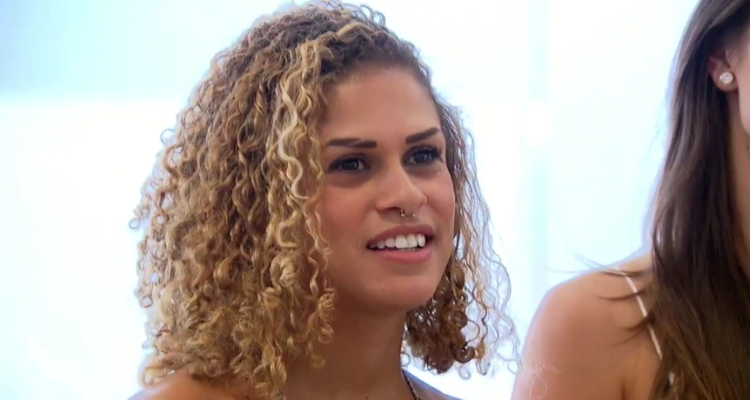 So far on season 21 of The Bachelor, Nick Viall is already proving to viewers that he’s not the jerk he appeared to be. He confessed he didn’t have the chance to speak with four women yet, so he gave them all roses. Jaimi King was one of those women, along with Dominique Alexis, Kristina Schulman, and Elizabeth Whitelaw.

Jaimi King went on a group date with several of the other bachelorettes to the Museum of Broken Relationships, which (depressingly) happened to display the engagement ring Nick previously picked out for Kaitlyn Bristowe. For the most part, the group date went well, except for Nick practically avoiding Liz Sandoz at all costs. Jaimi is one of the 21 remaining contestants after the premiere’s initial cut, and Nick’s decision to respectfully ask Liz to leave. Details on Jaimi from The Bachelor’s family is limited as she isn’t a celebrity, but we’ve dug up some facts to share with her fans!

How Many Sisters/Brothers Does Jaimi on The Bachelor Have?

Based on Jaimi’s Instagram posts, it seems she lives far away from her family. Jaimi from The Bachelor’s siblings include three sisters and one brother.

Early dinner with the King family in Wrightwood snow.

Jaimi King’ parents are Conservative Christians and proudly state so on their Instagram profiles. Her father’s name is Joseph King, and Jaimi King from The Bachelor’s mother’s name is Lea Kharshemme-King.

Also Read: Jaimi on “The Bachelor:” Facts to Know about the Season 21 Contestant

Back in The Bachelor season 21 sneak preview, Jaimi King brought up a past relationship that seemed to shock some viewers. “Nick was really receptive to my past relationship with my ex-girlfriend,” she said to the camera. “It felt good to kind of set the stage for the rest of my time here.” On social media, King has remained tight-lipped about her relationship with her ex-girlfriend, however, several Instagram posts reveal she was in relationships with a few men in the past. Nick doesn’t seem to have a problem with her past (or her sexuality), and it might even the playing field for the two as he was outed about his past sexual encounter with Liz, in front of all the contestants during their fake breakup game! There’s no shortage of revelations this season of The Bachelor and we are sure there is more drama to come!

Tune into the ABC Network on Mondays at 8:00 p.m. EST to find out if Jaimi gets another week in the reality TV spotlight!