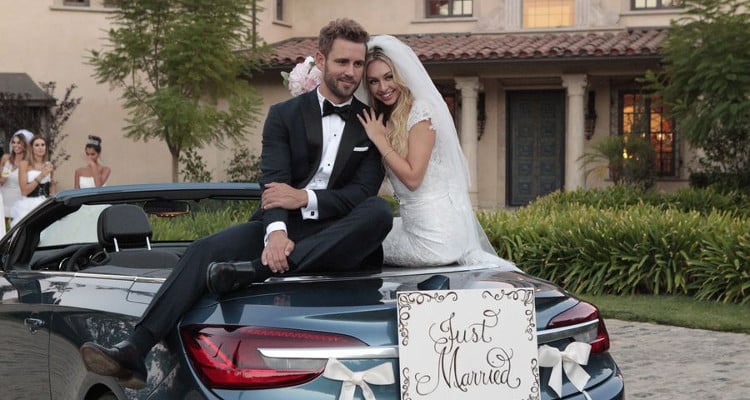 Corinne Olympios is determined to make Nick Viall notice her and choose her as his bride. She has done some pretty crazy things already, like going topless already to win Viall’s attention. What will she do in The Bachelor episode 4, when Viall is in his home state of Wisconsin?

Though all the beautiful women participating in The Bachelor 2017 have caught Nick Viall’s (and the audience’s) eye, one woman has made herself stand apart from the rest. That is the 25-year old businesswoman from Fort Lauderdale, Florida, Corinne Olympios. She has a habit for doing some pretty over-the-top things to get Nick Viall’s attention, and so far, she has been succeeding. She has fought with other contestants, and made them her enemies by disturbing their alone time with Viall. To top is all off, she even went topless during her photo-shoot with Viall on their “wedding bliss” group date! The other girls are worried about what Olympios will do next to get Viall’s attention, and it all goes down tonight on The Bachelor 2017, episode 4.

Now, we are going to tell you about what Olympios did in episode 4, even before it’s aired, so if you don’t want to ruin the suspense, stop reading now! You can watch the episode on your TV or online and find out exactly what Olympios was up to in episode 4. So, watch out for The Bachelor spoilers here! Episode 4 was supposed to be shot in South Carolina, but because of the chaos caused by Hurricane Matthew, it was shot in Milwaukee, Wisconsin.

Also Read: Corinne Olympios Goes Topless for Wedding Shoot: All the Pics You Need to See

She Won’t Back Down

During the cocktail party, Olympios felt that she was not making an impression on Viall, and decided to do something about it. Taylor gives her opinion on all the other contestants but she saves some special words for Olympios. Taylor calls Olympios “emotionally unintelligent.” It is obvious that Olympios is not going to take that lying down. Words are then exchanged between the two, and at one point, it looks like Corinne loses her temper, threatening to exchange more than words as the argument escalates. Olympios is considered “out of control” by all the other contestants, as they question her on her reasons for being on the show. Many of them are angry with Olympios because of her behavior with Viall and the way she has been shamelessly drawing attention towards herself. Known as the girl with the nanny, the other women wonder if Corinne is really ready to marry 36-year-old, Nick Viall. Frankly, so do we. 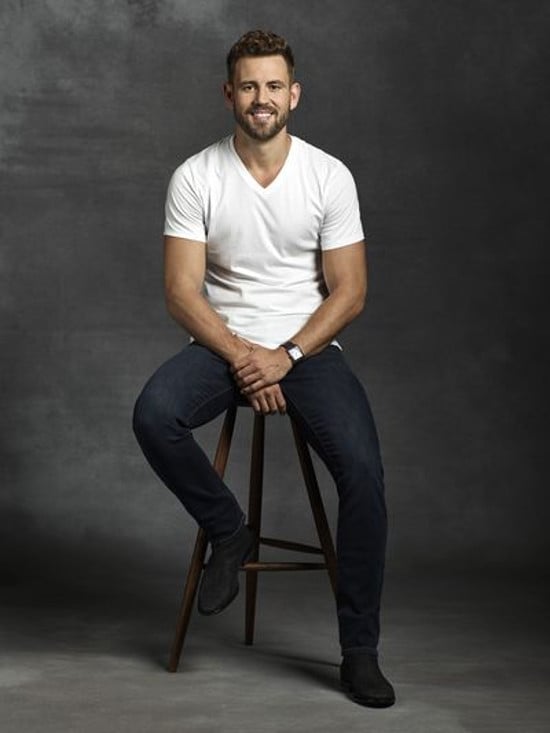 So far, Olympios has been practically throwing herself at Viall to seek his attention. However, in episode 4 she does just the opposite. She sits by herself away from the others on the group date and shows no interest in Viall’s home state of Wisconsin. There is no doubt that this behavior is deliberate and calculating. Olympios might have the following strategies on her mind, as she continues to find new ways to target Viall. She may think that since she is sitting aloof, maybe Viall will notice her and come over to find out if anything is wrong. He might give her a rose this time. It could also be that Olympios is upset about not getting the one-on-one date with Viall, and is throwing a tantrum in true Corinne style.

It might also be that she does not want to get down and dirty on the farm, and and is likely staying away because of that. You can almost assume the wealthy girl with the nanny would be hesitant to get her hands dirty, especially when there’s cow dung involved! Whatever her reason may be, it is surely yet another way of grabbing Viall’s attention. After all, Olympios owns her own multi-million dollar business, and makes her own decisions about her life. In the preview for tonight’s episode, Olympios is seen saying, “I own an online business. It’s very important to me, but the cool thing is it’s online, so I can run it from anywhere.”  Corinne Olympios‘ business gives her the financial freedom to live comfortably and travel wherever she wants. Her family is rich and they have a multi-million dollar business.

One Way to Find Out

So, what happens on The Bachelor episode 4? Does Olympios get Viall to give her some attention and possibly the rose? There is only one way to find out. Don’t miss The Bachelor 2017, episode 4 under any circumstances!

The Bachelor will be aired at 8:00 pm EST every Monday on ABC. Keep watching to find out who gets to be Viall’s lucky bride!