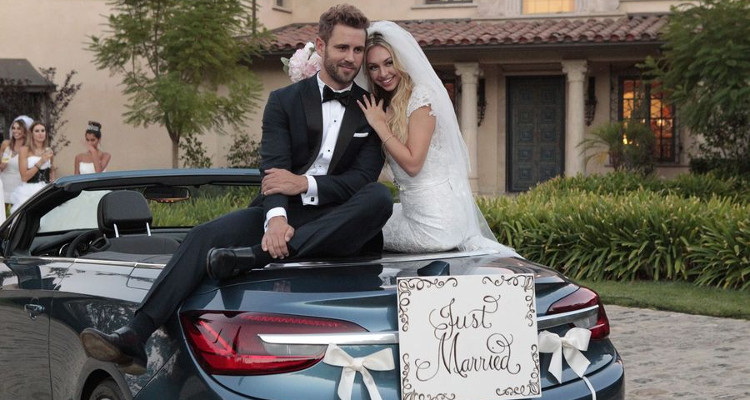 Corinne from The Bachelor was recently spotted wearing something sparkly on her ring finger. Does this mean Corinne wins The Bachelor? We have more Bachelor spoilers in the following article.

Corinne has established herself as the villain of Nick Viall’s season of The Bachelor. Based on her antics and actions, it comes as no surprise that the ladies in the house are not Corinne’s biggest fans. In fact, the last episode of The Bachelor showed the ladies banning together and giving Corinne a piece of their minds. Though she causes problems with the other contestants, Nick seems to like her a lot. So much, in fact, that it has been reported that Corinne is The Bachelor 2017 winner.

Now that the number of women competing for Nick’s heart is getting closer to the single digits, viewers are getting to more about this season’s contestants. The Bachelor has reached its fifth episode and Corinne is coming up with new ideas and strategies to win the heart of the hunky bachelor. She is leaving no stone unturned to get his attention. The other girls in the house have had enough of Corinne throwing herself at Nick, and of Nick liking it. Due to this, there has been a rumor that Corinne is the winner of The Bachelor.

Who Wins This Season of The Bachelor?

One of us is a Bachelorette contestant and the other has a nanny.

Also Read: Corinne from “The Bachelor:” What You Need to Know

How did the rumors of Corinne winning The Bachelor start? Well, recently, Claudia Oshry uploaded a photo on her Instagram with Corinne Olympios. Corinne is seen wearing what looks like an engagement ring on her ring finger. But is Corinne engaged to Nick? Simply put, the answer is no. Claudia said, “[Corinne and I] were hanging out Friday night and, since I just got engaged, I was letting everyone try my ring on. We were having so much fun, taking photos, drinking – we didn’t even realize until every web site was calling me and writing it up! No spoilers here, just a funny mixup!”

Corinne is not the winner of The Bachelor 2017 but it has been reported that Vanessa Grimaldi wins over Nick Viall’s heart. So it is very likely that Claudia Oshry was being honest about Corrine not winning The Bachelor.

For fans of Corinne, there is still some good news. She, along with Vanessa Grimaldi, Rachel Lindsay and Raven Gates are said to be the contestants who are the final four on The Bachelor.

After the fantasy overnight dates, it has been reported that Nick sends Rachel home and is left with choosing between Vanessa and Raven. The final rose ceremony is set to take place in Finland, and leave Raven heartbroken. All reports suggest that Vanessa will be engaged to Nick by the end of this season, however, we have to wait and see if these rumors are accurate.

Who do you think will be the winner of The Bachelor? Let us know your thoughts and who you want to win in the comments section below. To find out who Nick will choose, keep watching The Bachelor Monday nights at 8:00 p.m. on ABC.