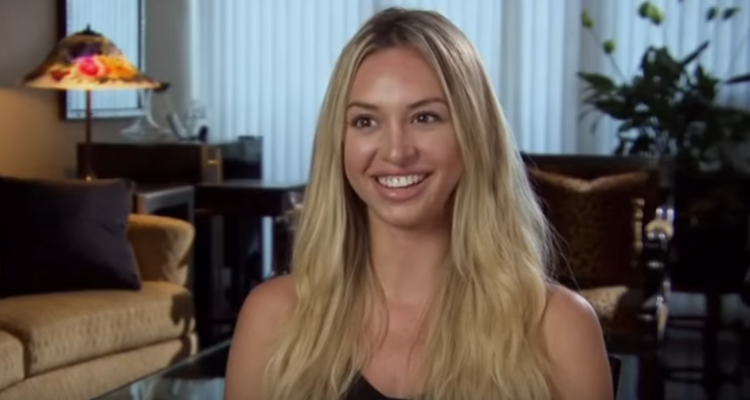 If you’re a fan of The Bachelor, this article is just what you’re looking for! We’ve taken a look at Corinne Olympios and gotten to the bottom of who she is. If you want to know all that you can know about Corinne, keep reading below!

The Bachelor is running full steam ahead through Reality Televisionville, and many viewers have a ton of questions about the various contestants. Take Corinne for example; she’s already being painted as the villain for the season and we’ve only just begun! But is she truly a bad girl? Does she really run a multi-million dollar company? What’s Corrine from The Bachelor’s family like? How many sisters/brothers does Corinne from The Bachelor have? We dug deep and tried to find you all of the answers to your questions about Corinne Olympios, so keep reading!

Corinne from The Bachelor’s mother and father live in Miami, Florida. Her father’s name is James and her mother’s name is Peri. The multi-million dollar business that Corinne spoke of on the first episode of The Bachelor is her family’s business, Armor Garage. Armor Garage is a supplier of epoxy floor coatings, and yes, it does very well. According to some sources, the company does about $3.0 million in business per year! But as far as public records are concerned, Corinne isn’t exactly running it, her father is. It appears that Corrine is more on the sales side of the business, as opposed to straight out management. But that doesn’t mean she isn’t being groomed to take over the company!

As we mentioned previously, Corinne’s main day job is working for Armor Garage, but that’s not the only thing she does. Corinne is (or was) an aspiring model and actress. She has profiles on various modeling websites and according to a few listings, she has appeared in videos by Pitbull and Akon. Corinne’s Instagram has tons of professional modeling shots, not to mention quite a few of her in various bathing suits in model like poses. Now, while this may not seem like much, it may actually lend itself to pointing out that Corinne’s got a pretty good head on her shoulders. She may want to be a model/actress, but she’s probably discovered that she needs a backup in case that doesn’t work, hence working for her folks. Maybe she is using The Bachelor as not only a place to try and find love, but also as a way to launch her media career. Honestly, neither is a bad strategy.

As for play, Corinne is very fond of going to the beach, concerts and she loves dogs, specifically her chihuahua. She’s managed to merge both work and play into her social media accounts, and her followers are growing steadily. Maybe Dad should stick her in marketing instead!

Based on the various promos and commercials for this season of The Bachelor, it seems that Corinne doesn’t go home anytime soon. Rumor has it she might make it into the top ten or beyond! From the season preview, it certainly looks like Corinne is determined to get some… and if you’ve seen the preview, you will know what we’re referring to! At one point, Corinne shows up to Nick’s room late at night, and tells him that she wants them to explore each other sexually! Obviously, this strikes a chord with the other contestants, and the drama ignites! If Corinne doesn’t make it all the way, what’s next? She seems to be a natural for at least one more run on a reality show after this one! Maybe The Bachelorette? Tune in tonight to catch the latest episode of The Bachelor at 8:00 p.m. on ABC!