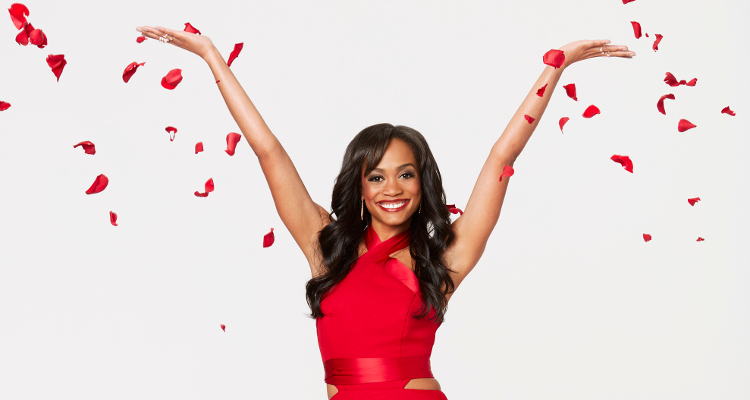 We were first introduced to Rachel Lindsay in The Bachelor season 21 competing to win the heart of Nick Viall. At that time, many wondered why a highly qualified, successful young woman like her would want to participate on a show like this. It seems even the most passionate and career-driven people want to find true love, too. So, even though she lost to Vanessa Grimaldi in the contest for Nick Viall’s heart, she has a second chance at love as The Bachelorette. The following piece contains Spoilers.

At first, Rachel Lindsay was the beautiful Dallas attorney who received the “First Impression” rose from Nick Viall on The Bachelor. Now, she’s making her own mark in the televised love quest as the first Black Bachelorette in the franchise’s history. And who wouldn’t want to win the heart of a lady like Rachel? Just look at her accomplishments! She graduated from Marquette University Law School, and received her B.A. in Kinesiology and Sports Management from the University of Texas. She’s worked in various roles related to sports, entertainment, and media relations, before working as an attorney for Brown & Hofemister, LLP, associate attorney for The Willis Law Group, PLLC, and attorney at law for Cooper and Scully, PC, where she works now.

If you want to learn more about the contestant’s family, and are wondering how many sisters and brothers does Rachel have, here’s what you need to know!

#1 From Foes to Friends

Just because you were fighting for the same man doesn’t mean you can’t be friends! Rachel recently met up with her fellow Bachelor contestant, Whitney Fransway. It seems she stayed friends with quite a few of her former competitors!

The Bachelorette goes on The Ellen Show and Rachel met someone she would have liked to be one of her suitors, Mr. John Mayer himself!

So happy for this moment!!! Thank you so much for the love and support!!!! Can't believe I am the new bachelorette…still feel like I'm dreaming #bachelornation #bachelorette #thankful #blackhistorymonth #historicmoment

Let’s not forget the day Rachel was announced as the first Black Bachelorette of the reality franchise that has been criticized for lacking diversity. And we also hear that season features a diverse cast!

Also Read: Blake Killpack from “The Bachelorette”: Wiki & Everything You Need to Know

#FBF…they call it The Big Easy.. but I didn't really know how easy it would be…#neworleans #mardigrasworld #firstdate #bachelornation #thebachelor #? #fbf

Rachel and Nick went on their first one-on-one date in New Orleans and we fell in love with the attorney just from her moves in the Second Line Parade alone!

Rachel’s dad didn’t make it to the Hometown Dates, but we are certainly looking forward to seeing him when he meets the guys courting his daughter. Her father is a federal judge, and she has hinted that he can be pretty protective of her.

Words can't express how grateful am to have you.. The sacrifice you made for us so we can have these two handsome boys is everything.. Thank you for being the glue that holds everything together.. we love you Candace.. – Dreux, Daxx, Hubbs. @c.simmons_

So far, we know Rachel has an older brother. Her brother, Mark Simmons is married to a woman named Candace and they have two cute sons together. You can check out the adorable family on his Instagram.

Rachel has quite a few pictures with her sister, Constance Cherones. She is married to a man named Alex and they have a son together.

Is that Rachel’s new man? No, he’s just her personal trainer. Looking this fab takes work. If the spoilers are to be believed, a personal trainer got down on one knee in The Bachelorette finale and Rachel accepted his proposal.

Now that Rachel is making Bachelor history with her casting, she’s a celebrity in her own right. Award nights like the Billboard Music Awards and star-studded parties will be everyday for this budding reality star.

The Bachelorette season 13 premieres on May 22 at 9pm EST on ABC.

You can't redo a first impression. Meet the men TONIGHT as Rachel's journey begins at 9|8c on ABC's #TheBachelorette! pic.twitter.com/oh2jkd6L9s