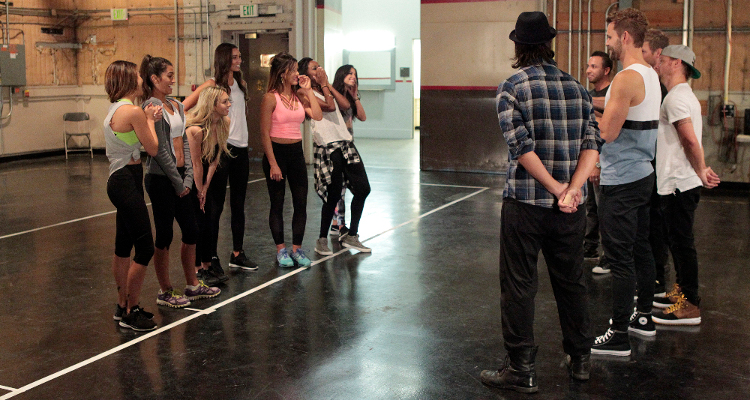 Corinne always has and always will be the center of attention. A lot of things happened on the third episode of The Bachelor. Find out what did she do that made Nick upset in the following article.

During the rose ceremony, the only question in everybody’s mind was “where is Corinne?” Apparently, Corinne decided that she needed a break, and went to sleep. The rest of the contestants were all dressed up after a long day for the rose ceremony, wondering why Corrine did not bother coming down. Even though she received a rose, she is still expected to show up to the ceremony. Nick was a little irritated that Corinne missed out on it. Vanessa Grimaldi commented, “I’m nervous because we’re all emotionally exhausted and now Corrine is missing at the rose ceremony.”

Corinne tends to act like a little princess and throws tantrums if things do not go her way. She interrupted Taylor Nolan’s conversation with Nick, asking and having him agree to spend some time alone with her. However, Taylor decided to fight back and interrupted Corinne’s one-on-one time to ask Nick if she could talk to him. Corinne was visibly upset with the fact that somebody could “re-interrupt” her.

Corinne from The Bachelor‘s Nanny

For Corinne, life is hard without her nanny. In the third episode, we saw her complaining about how exhausted she is and how much she misses Raquel. The other ladies could not wrap their minds around it. Jasmine G. asked Corinne if she had kids, to which Corinne answered, “no, I am a kid.” She then went on to list how Raquel helps keep her life in order. She makes Corinne’s bed, cuts up vegetables for her lunch, and knows how to make cheese pasta. Well, maybe if Corinne asks nicely, they can allow Raquel to be on the show?

Whipped Creamed Her Way into Trouble

To divert his mind from the Liz situation, Corinne decided to surprise Nick before the rose ceremony. She wore a trench coat with next to nothing underneath it, and surprised Nick with nothing but herself and a bottle of whipped cream. She put the whipped cream on her chest and asked Nick to lick it off, which he was obviously delighted by. However, things did not go her way, as Nick ended up refusing her, resulting in her crying and skipping the rose ceremony. Later in the episode, Nick confronted Corinne about her absence, to which she gave a half-hearted excuse that he accepted.

While everybody was having a blast at a pool party, wearing sexy bikinis and sipping on delicious drinks, Corinne decided to rent a bouncy house. Wearing a bikini and jumping around outside The Bachelor mansion, she asked Nick to join her. The two close, with Corinne pouncing and straddling Nick. This definitely made the other girls jealous, so they decided to confront Nick about his relationship with Corinne.

Vanessa, who went on a one-on-one date with Nick, asked if he was looking for a girl to get married to or if he just wants something casual. That marked our second consecutive cliffhanger episode. To find out Nick’s reaction, watch The Bachelor on January 23 at 8:00 p.m. on ABC.