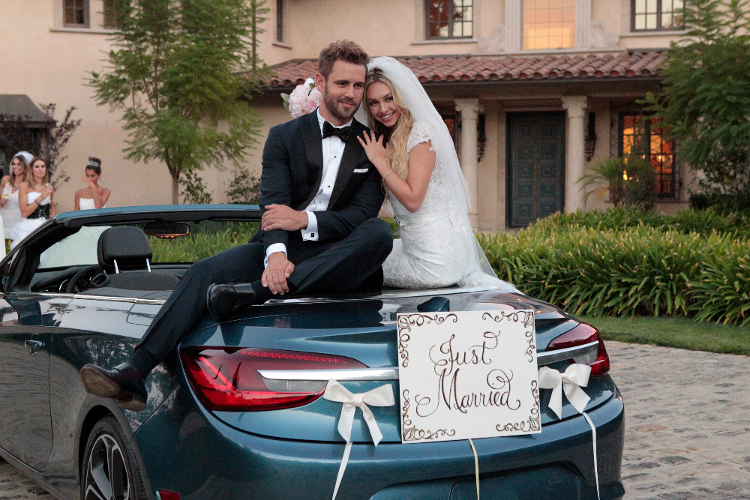 Corinne Olympios is one of the 22 women still in the running to win Nick Viall’s heart on The Bachelor season 21. Olympios is determined to get Nick Viall and has already made some enemies in doing so. If you missed last night’s episode of The Bachelor, you should know that this piece contains spoilers.

Right from the first episode of The Bachelor season 21, Corinne Olympios established herself as the villain of this season. She made enemies out of the rest of the contestants on night one by interrupting one girl’s time with Nick Viall. But in episode 2, she upped the ante. In last night’s (January 9) episode of The Bachelor, all 22 ladies had a wedding photoshoot with Nick Viall. Things got a  little racy when it was Olympios’ turn to pose with Nick Viall. Check out what happened and see hot pics from Corinne Olympios’ and Nick Viall’s wedding photoshoot.

A teaser clip for episode 2 of The Bachelor showed all the girls posing for a wedding photoshoot with Nick Viall. It also showed drama unfold between Viall and Elizabeth “Liz” Sandoz (more on that later). While most of the photoshoots were normal and fun with the girls in bridal couture, Viall in a tuxedo, and some of the girls dressed as bridesmaids, Nick Viall and Brittany Farrar decided on an Adam and Eve photoshoot. 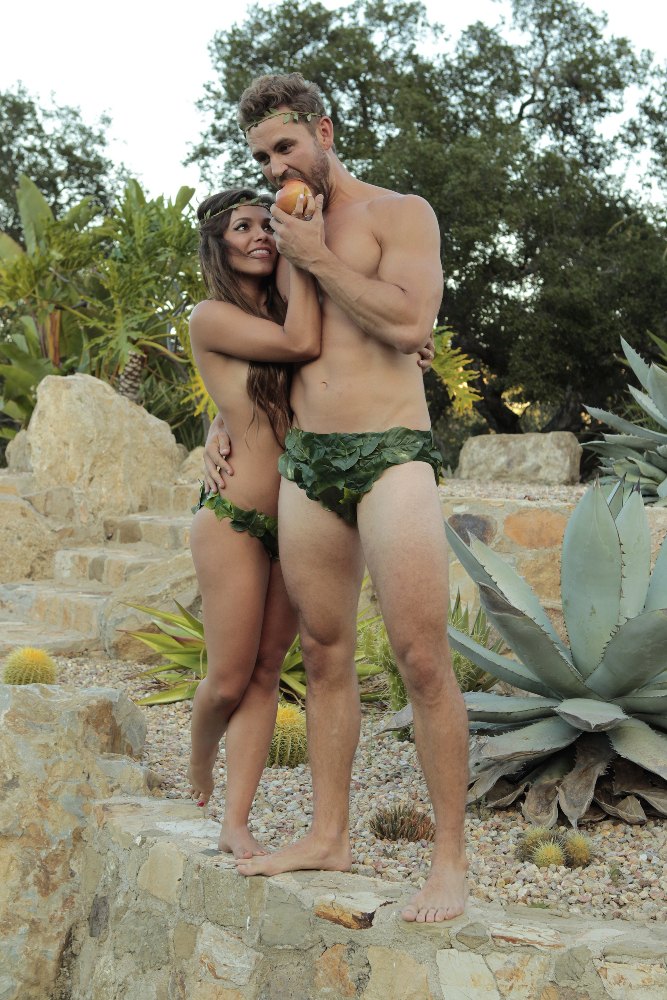 Corinne Olympios, who is determined to do anything to ensure she has all of Viall’s attention, decided to up the ante. While the two were posing in their poolside wedding attire, Olympios pulled off her bikini top in front of Nick Viall, the other girls, and the camera crew. The other contestants’ jaws dropped while Nick Viall simply stood there, apparently still processing what happened. 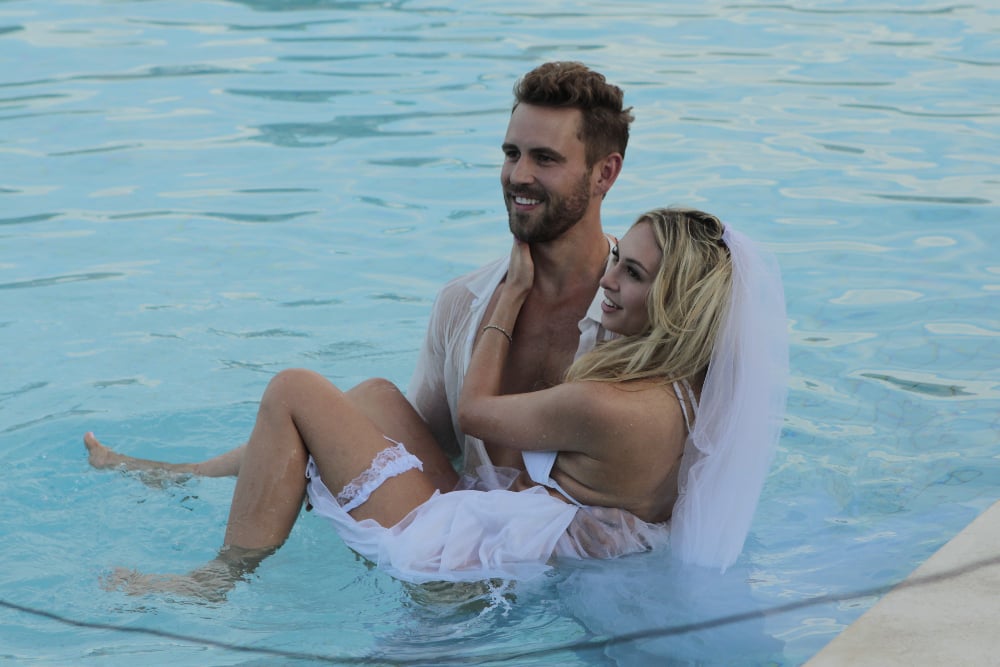 Corinne Olympios then hugged Nick closer before planting a kiss on his cheek. It could have been a cute moment had the “bride” not decided to pull a fast one on Viall and the other ladies. 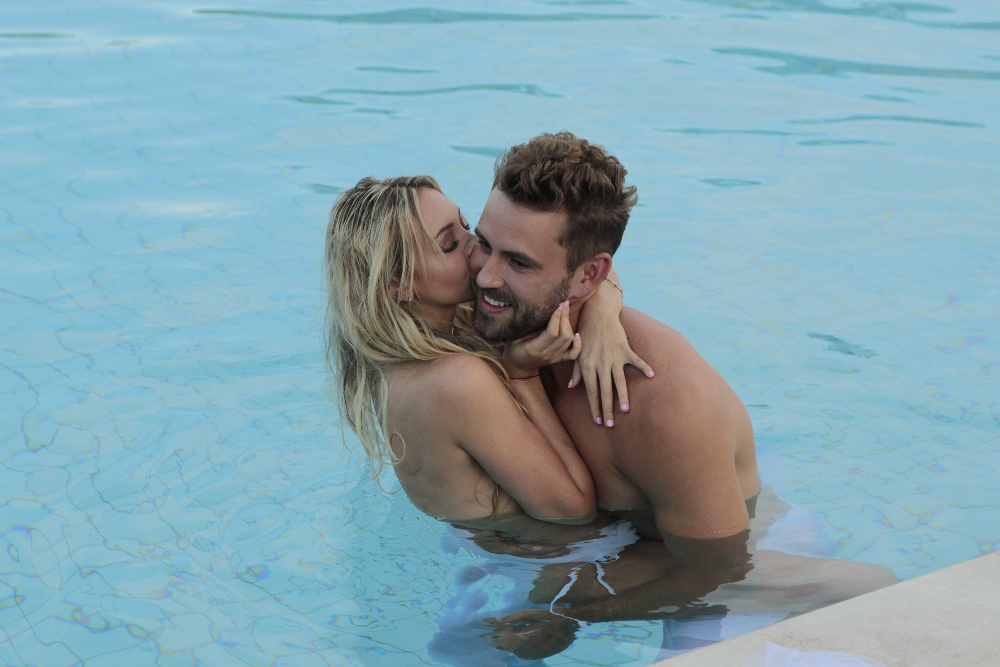 Corinne Olympios and Nick Viall also posed atop a car with a “Just Married” sign on it. This time, neither of them shied away from smooching. 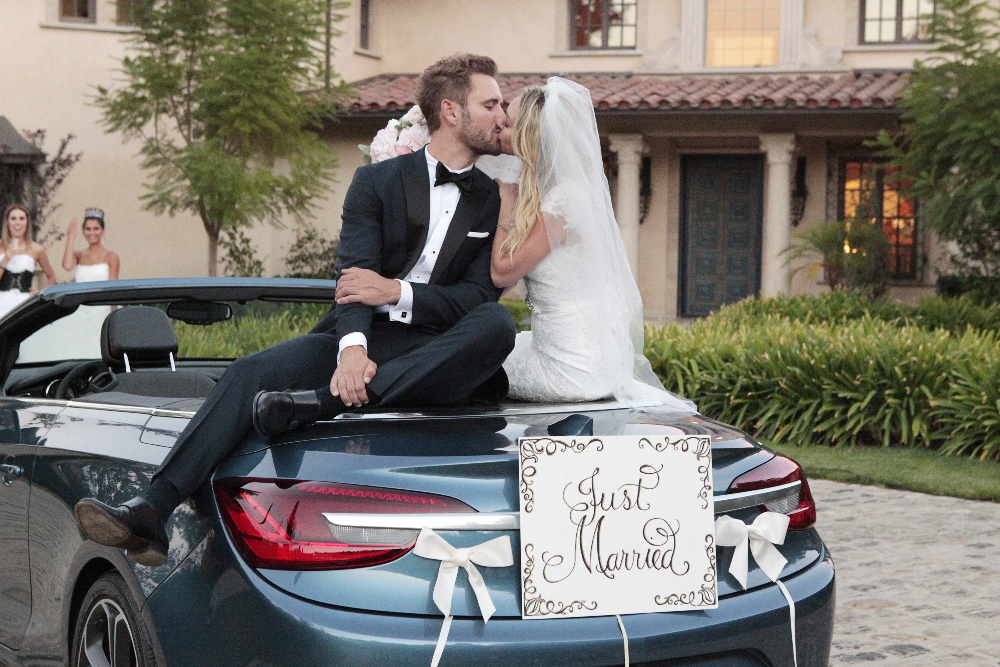 What makes Olympios’ topless stunt even bolder is her saying in a confessional,  “Dad would be proud, even though I was naked.” In the teaser clip, Olympios is holding a rose while saying that, so we already expected that her topless stunt would be effective.

The rest of the wedding photoshoot went smoothly. Each of the ladies may have hoped that these pictures were for more than just the show, but for four of these ladies, that hope was gone. At least we know that Corinne Olympios will stay for more villainous drama on The Bachelor.

Corinne Olympios obviously stole the show, but the real drama was between Nick Viall and Elizabeth “Liz” Sandoz, the woman The Bachelor alum hooked up with at Jade and Tanner’s wedding almost a year before the show. The two get into a confrontational situation after Sandoz reveals her past with Viall to other contestants. 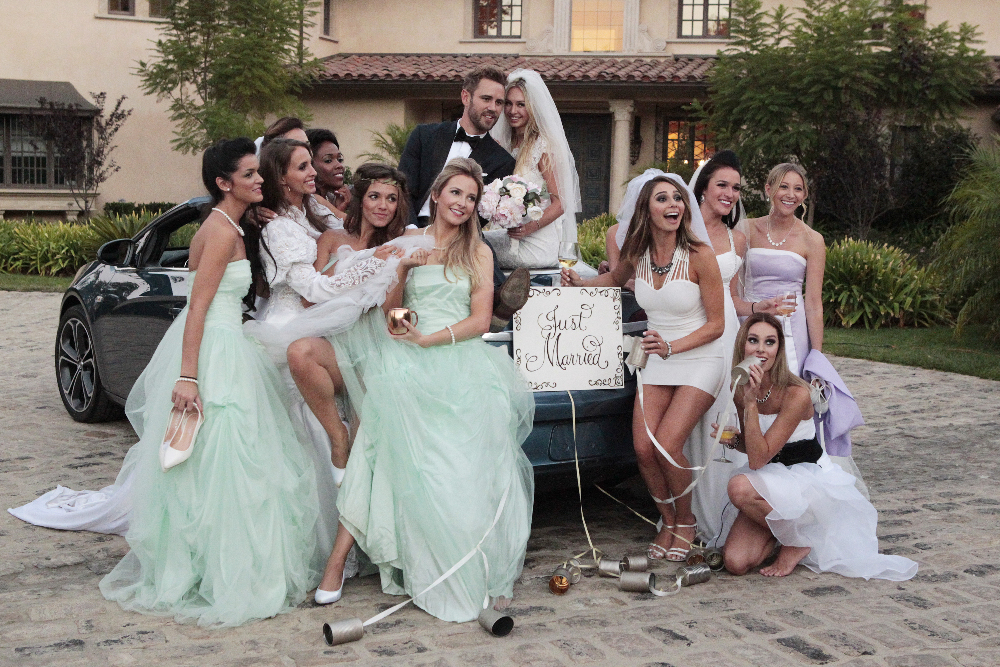