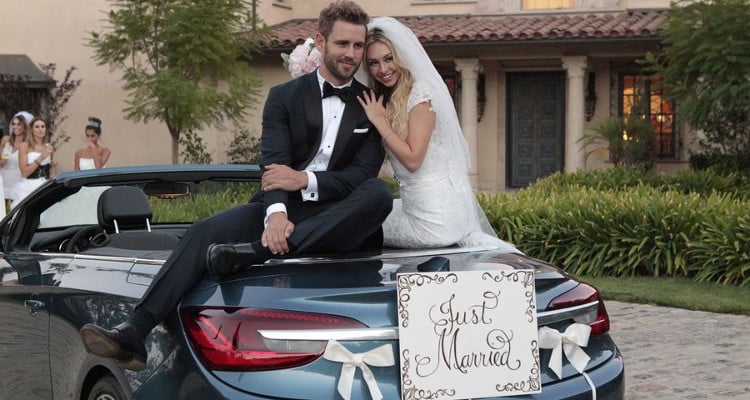 If you love The Bachelor and love or possibly hate Corinne Olympios, then you may want to have a look at this article. We’ve found all the ways you can follow Corinne on social media. From Corinne from the Bachelor’s Instagram to her Snapchat, we’ve got links, pictures and more. If that’s what you’re looking for, read on ahead.

Love her or hate her, it’s undeniable that Corinne Olympios is a bit of a hot commodity when it comes to The Bachelor right now. She’s young, and she’s very attractive. As a business woman, she knows exactly what she wants and she goes out to get it! Did we mention she’s attractive? Though she’s already been dubbed the villain of the season, we  reallydon’t know a heck of a lot about her. So, how do we find out more? Through social media, of course! Corinne already has her sights set on becoming Nick’s bride and she seems to be the most prepared of all of The Bachelor contestants. She may not be the most active on her social media accounts, but we will give the lowdown on where you can find Corinne from The Bachelor’s Instagram, Snapchat, Facebook, and Twitter. There’s also a couple of other options to follow this blonde bombshell that you may not know about! We’ll also throw in a couple of Corinne’s Instagram pics just to show you what you’re missing out on! Shall we begin?

Good news, Corinne from The Bachelor has Facebook! The bad news? She doesn’t use it at the moment. In fact, it looks like she only used it for one month in 2013. But that doesn’t mean she won’t restart it shortly, especially now that she’s in the public eye. Corinne’s Facebook user name and address can be found at this link.

Corinne from The Bachelor does have Twitter, but she seems to be relatively new to the social media scene. Corinne signed up for Twitter in November of 2016, probably at least in part due to The Bachelor. It’s not a bad idea in a sense that she should definitely have that kind of social media platform in her arsenal, and as well (even if you aren’t going to use it) it’s good to grab that twitter handle before someone else does! Corinne’s Twitter username is @CorinneOly or you can just click here.

Corinne’s Snapchat username is a variation on what the rest of her social media is under, Colympios. Once again, Corinne from The Bachelor’s Snapchat may be worth following to see if she gives us any clues as to how this season ends.

Now we’ve come to the good stuff. Corinne’s Instagram is her main social media hub. It’s where she does most of her posting on Instagram. Most of it is modeling and bikini shots, but there is also plenty of pics of her dog and friends. You can find Corinne from The Bachelor’s Instagram username and pics at this link.

In case you haven’t guessed from her photos, Corinne is an aspiring model and actress so it’s not surprising that she has all of these social media accounts on the go. Two sites that often get missed are her profiles at Model Mayhem and Explore Talent. These contain some pics that aren’t in the other accounts and may be worth a look.