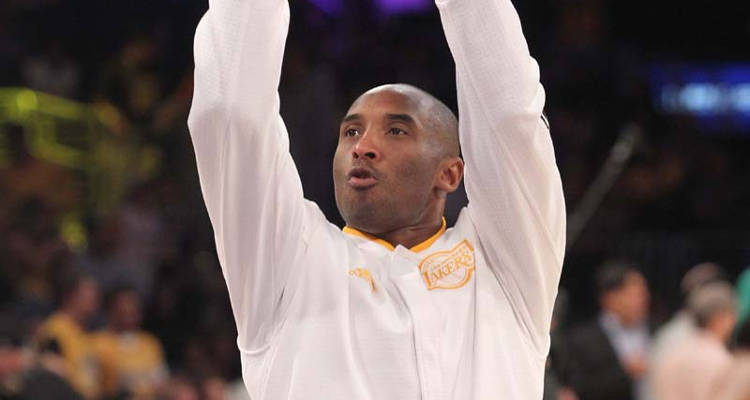 Kobe Bryant burst onto the court and stole hearts with his winning gameplay and charisma. After 20 years, the basketball superstar retired in 2016. But even after retirement, Bryant is a rich man with a net worth of $350.0 million.

Los Angeles Lakers legend, Kobe Bryant retired from the NBA in April last year. He entered the league as a brash rookie and left 20 years later as the NBA’s third all-time leading scorer. Even after his retirement, his influence in the NBA and on the Lakers hasn’t waned, especially with all the buzz surrounding his endorsement of Rob Pelinka as the Lakers’ new General Manager. Since his retirement, Bryant’s popularity has only grown. But what about his wealth? His net worth in 2017 is approximately $350.0 million. Here’s a systematic breakdown of the former pro-basketball player in Kobe Bryant’s net worth.

How Rich Is Kobe Bryant after Retirement?

When the Black Mamba retired in April 2016, his net worth at the time was estimated at around $320.0 million. He was a regular feature in Forbes, especially last year. At the time of his retirement, he was #33 on Forbes‘ list of the 40 Richest Entrepreneurs Under 40, #43 in the Celebrity 100 list, and #10 in the list of World’s Highest Paid Athletes.

Even though he’s no longer in the league, Bryant’s net worth hasn’t declined. In fact, his wealth has grown over the course of one year to $350.0 million. We can’t predict whether he will move up or down in the Forbes rankings this year, but he surely won’t be bumped off the list anytime soon!

Bryant still has a long way to go before he can surpass the all-time highest paid retired athlete, Michael Jordan’s net worth of $1.32 billion. However, his net worth is on par with Roger Federer’s $350.0 million. Though famed soccer-player, Cristiano Ronaldo’s net worth is $320.0 million, he is the #1 highest paid athlete in the world. The same goes for #3 Lebron James who has  a net worth of $275.0 million from his NBA career, and #5 Kevin Durant with $210.0 million. The following table illustrates Bryant’s net worth as compared to other NBA players and athletes (as per Forbes).

How Much Does Kobe Bryant Earn Annually?

Kobe Bryant retired with an annual salary of $25.0 million. He was willing to put his money where his mouth is, and reportedly made $1.0 million a week in every NBA season. That’s more than most players in the league would make in an entire season! He signed a contract with the Lakers worth $48.0 million for two years in 2013.

Take a look at Kobe Bryant’s net worth in the following table, as it increased significantly over the past few years.

How Did Bryant Earn His Wealth off the Court?

Basketball was the 38-year-old’s primary source of income. But during his career, and even after retirement, he earned quite a fortune off-court through endorsements and other business ventures. Bryant earns around $19.0 million a year from endorsements alone.

At the start of his professional career, he signed a six-year endorsement contract with Adidas that was worth $48.0 million. His early sponsorship deals included major brands like Coca-Cola, McDonalds, Spalding, Upper Deck, Nutella, Lenovo, Hublot, Sony, Nintendo, and Mercedes Benz, who have all benefited from the star power of the Mamba.

Most of the companies ended their contracts with him when he was accused of sexual assault. The only exception was Nike, who had signed a five-year contract before Bryant was embroiled in the controversy. Initially, Nike didn’t use his image to market their brand even though the contract was worth around $40.0 to $45.0 million. But since his image in the public eye improved two years later, they started actively promoting with him. A few of his old endorsement deals were also renewed.

Retirement hasn’t stopped the Mamba from making big bucks. Unlike most retired athletes, he isn’t going into broadcasting. Instead, Bryant is now a dedicated entrepreneur and runs his own business, Kobe Inc. He founded the company in 2013 when he was recovering from an Achilles tendon injury, as part of his future plans.

Kobe Inc. invests in start-ups like BodyArmor, a sports drink company that blends electrolytes, antioxidants, vitamins, and potassium into a superdrink that provides the body with superior nutrition and hydration. While the company bought 10% of the BodyArmor shares, Bryant is one of the Board of Directors in the company. Kobe Inc. has now partnered with the Alibaba Group to come up with a line of products by Bryant himself.

Bryant also collaborated with his business partner, Jeff Stibel, to launch Bryant-Stibel, a venture capital firm. It invests in various businesses in media, data, gaming, and technology. Since 2013, the company that started with $100.0 million in funding has invested in 15 businesses.

Kobe Bryant may have ruled on the court, but off the court, his personal life was a mess. He met Vanessa Laine when he was 21 and she was 17, while he was working on his debut album. They were engaged after six months of dating. Their marriage wasn’t a bed of roses as Bryant’s parents opposing it. His family didn’t attend their nuptials, and neither did any of his Lakers colleagues. The couple has three daughters; 14-year-old Natalia, 10-year-old Gianna, and 3-month-old Bianka.

After their second child was born, Laine filed for divorce citing irreconcilable differences. She was slated to get half of Bryant’s fortune since they didn’t sign a pre-nuptial agreement. But the couple worked out their differences and called off the divorce. She was pregnant with their third child during his final NBA season last year. 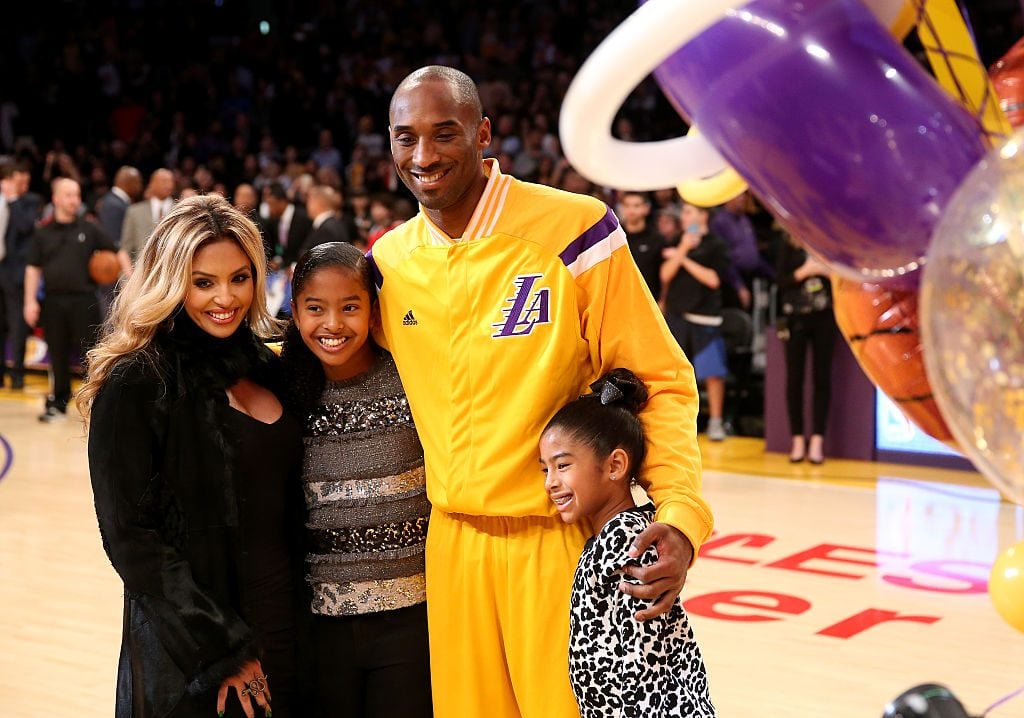 When Bryant was estranged from his parents, they got into a legal disagreement. His mother had received $450,000 to auction Bryant’s old memorabilia, but Bryant refused and demanded the auction house return his possessions. They reached a settlement before the trial, and only 10% of the originally intended items were put on sale. Bryant’s parents issued an official apology to their son. He fixed his relationship with his parents after the birth of his first daughter.

In 2003, Bryant saw his name negatively splashed across headlines as he was charged with sexual assault involving a 19-year-old girl. Vanessa Laine stuck by him as his image in the public eye plummeted. The case was dropped after the accuser refused to testify. Bryant and the accuser reached a settlement outside of court, the details of which remain undisclosed.

How Does Kobe Bryant Spend His Money?

Bryant was known to be a workaholic, whose focus never shifted from basketball. But even so, he knew how to enjoy life with luxurious homes and fancy rides. In 2002, he bought a Mediterranean-style in Newport Beach mansion for $4.0 million. The house boasted a movie theater, a hair salon, a gym and even a shark tank! He also owns a few more homes in Orange County, California. Kobe Bryant had put up one of his lavish abodes for sale at a price of $8.0 million, but later reduced it to $6.0 million.

Since he was raised in Italy, Bryant fancies Italian cars. He once walked into a Ferrari dealership and wrote a check for $328,000 for a Ferrari 458 Italia. His car collection also includes a Bentley, a Lamborghini, and a Range Rover. Bryant also dropped a whopping $5.8 million to purchase a building in Newport Beach to set up operations for Kobe Inc.

Sometimes a Ferrari isn’t enough when you drive between three homes that are all very far away from your workplace at the Staples Center. But when you’re Kobe Bryant, you solve that problem with one very expensive helicopter! That’s right, Bryant uses a helicopter with a rent charged at $500,000, dubbed the “Kobe-copter.” He used it every time he had a home game to beat the hellish traffic of Los Angeles on the way to the Staples Center. In 2012, he let his teammate, Steve Blake borrow it to make it to a doctor’s appointment. He also used the “Kobe-copter” as romantic transportation for his wife on Valentine’s Day in 2016.