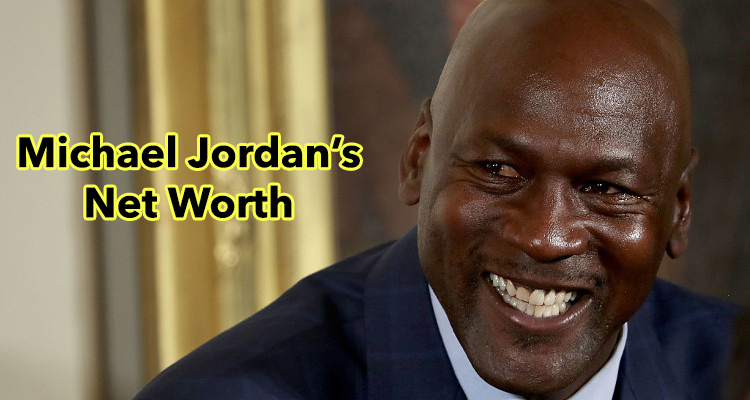 Michael Jordan is one of the biggest names in sports. The 53-year-old retired NBA player is rightly considered “the greatest basketball player of all time” and has amassed a vast fortune over his career spanning nearly two decades.

Michael Jordan is a man of many talents. The retired professional basketball player is an established businessman and owns the Charlotte Hornets basketball team. Best known for his successful 15 season run with the Chicago Bulls and Washington Wizards, Jordan is the face behind Nike’s Air Jordan sneakers. He is also the first billionaire NBA player in history and is among the richest African-Americans in the world, not far behind Oprah Winfrey. Keep reading to find out everything you need to know about Michael Jordan’s net worth, how much money Michael Jordan makes from Nike, as well as how rich Michael Jordan is now.

According to Forbes, Michael Jordan ranked among the top 2000 richest billionaires in the world in 2016, and top 500 in the United States alone. The self-made star’s well-timed investment in the Charlotte Hornets catapulted him to billionaire status in 2015.

Michael Jordan’s net worth of $1.24 billion comes from his acquisition of a majority stake in the NBA team for $175 million, in 2010.

In 2013, Jordan increased his ownership stake to 90%, making him the principal owner and chairman of the Hornets. After the NBA franchise boom of 2015, the Hornets stake skyrocketed to a staggering $500 million, making Jordan an even richer man.

Despite being one of the best basketball players, Michael Jordan’s salary during his 15-year career did not match up to his performance. He has been christened the highest-paid basketball star only twice so far, with earnings of $94 million. Since the superstar left North Carolina in 1984, the father of five’s earnings from his corporate partners totaled $1.2 billion, before tax. Michael Jordan’s divorce settlement with ex-wife, Juanita Vanoy was an astonishing $168 million, making it the highest one on public record at the time. In 2016, Jordan topped the list of the world’s highest-paid retired athletes, with David Beckham ranked second. Jordan made a $110 million in 2015 through Nike’s Air Jordan royalty payments. 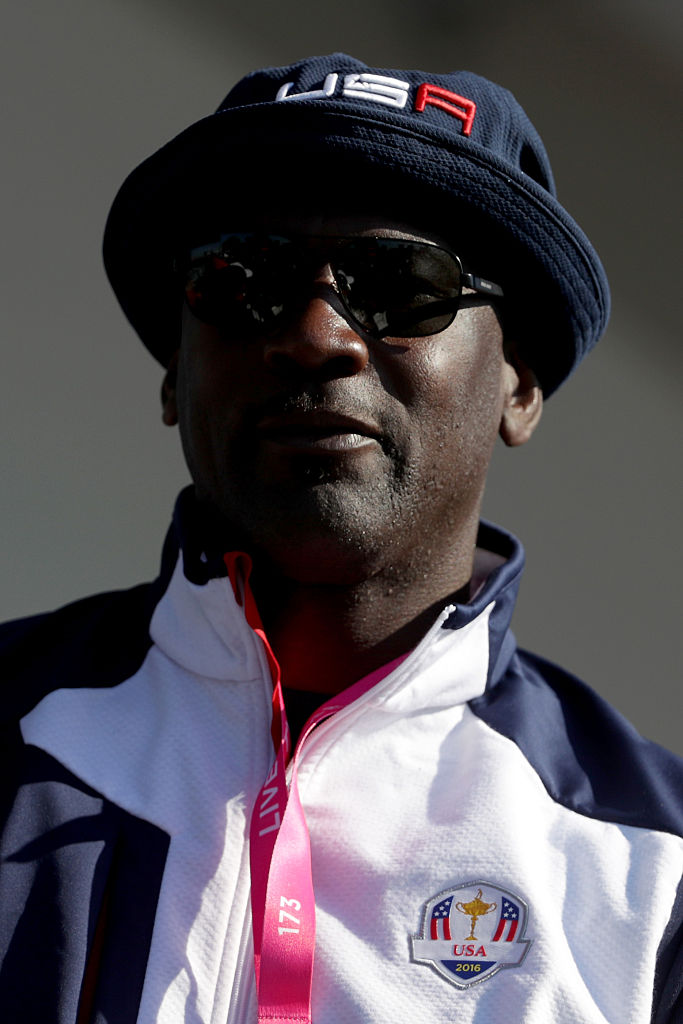 To date, Michael Jordan’s earnings have been fueled by sporting goods giant Nike, which annually generates a revenue of $2.0 billion from Air Jordans alone! Nike has a 90% monopoly in the shoe market of the United States and is the retired player’s biggest backer, earning Jordan $100 million in 2014. Along with representing more than half of Nike’s market presence, Jordan has some long-time lucrative endorsement deals such as Upper Deck, Hanes, Five Star Fragrances, and Gatorade. After his retirement from professional basketball, Jordan opened a car dealership and is also the owner of seven successful restaurants.

Michael Jordan’s Net Worth Through the Years

Considered to be one of the most well-marketed athletes of his generation, Michael Jordan was responsible for making NBA popular in the ‘80s and ‘90s. Born in Brooklyn, New York and raised in Wilmington, North Carolina, Jordan is one of five siblings, out of which one brother served in the U.S. Army. His mother worked in a bank, and his father was an equipment supervisor. Michael Jordan excelled in sports like football, baseball, and basketball in high school, and was then recruited by various college teams. Initially rejected for being too short, Jordan’s height eventually spiked to 6’6″ and he accepted a basketball scholarship to the University of North Carolina to play on the Tar Heels men’s basketball team. There, he majored in cultural geography.

Jordan continued to perform well throughout his college years and won numerous awards and accolades. A year before his graduation, he dropped out of college and entered the 1984 NBA Draft, where he became the Chicago Bulls’ third overall pick. Soon after, Jordan’s superior skills on the court made him a fan-favorite and landed him on the cover of Sports Illustrated with the title, “A Star is Born.” He continued climbing the basketball ranks in the following years and won his second MVP award in the 1990s. Jordan quickly gained a reputation for being one of the best defensive players in basketball, earning himself the nicknames “Air Jordan” and “His Airness,” after scoring a three-peat. 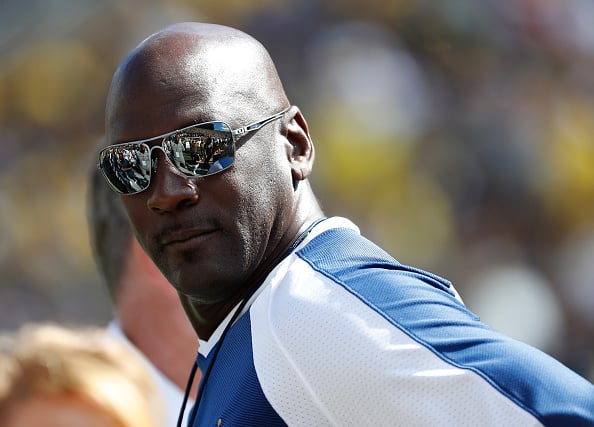 Tragedy struck in 1993, when Michael Jordan’s father was brutally murdered by teenagers while sleeping in his car. Shortly after, Jordan abruptly retired from the sport. Due to his ever-growing celebrity status, Jordan’s fans were shocked when he announced that he had signed an MLB contract with the Chicago White Sox in 1994. After a successful year-long run, Jordan returned to basketball in 1995, where he led the Chicago Bulls to a record 72 regular seasons win. The NBA All-Star announced his retirement again in 1999, claiming that he would never play another basketball game. However, Jordan made a comeback with the Washington Wizards in 2001, donating his salary to the 9/11 relief efforts. Jordan also played for American basketball teams that went on to win two Olympic gold medals.

Following Michael Jordan’s third and final retirement in 2003, he became a successful businessman with the launch of Michael Jordan Motorsports and his Jordan Brand clothing line. The 53-year-old then went on to acquire a minority stake in the Charlotte Hornets, before upping his share to become the owner of the basketball team. During his remarkable basketball career, Jordan was featured in the advertisements of big brands such as Nike, Coca-Cola, Hanes, McDonald’s, and Chevrolet. He has also made appearances in Michael Jackson’s music video, “Jam,” as well as the 1996 animated flick, Space Jam. 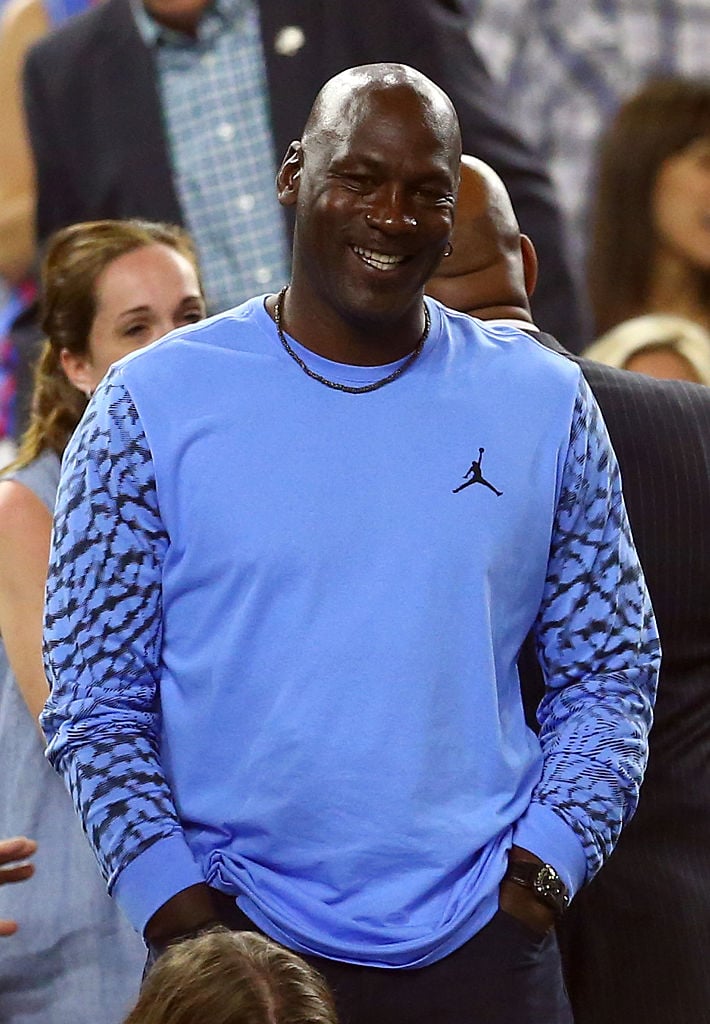