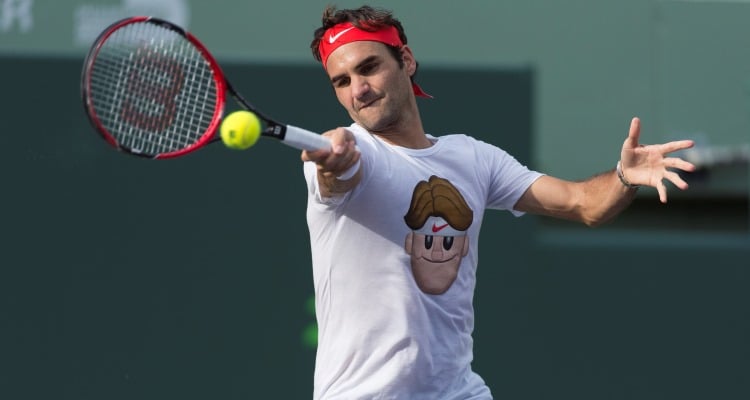 Roger Federer was born on August 8th, 1981, in Basel, Switzerland, to parents Robert and Lynette. As you can imagine, Federer began playing tennis with his older sister, Diana, at a very early age and immediately showed signs of having a gift for tennis. At the age of eight, he joined the Basel junior tennis program, and when he was 10, he met Australian player Peter Carter. They trained together for years, with Federer eventually rising in ranks and becoming one of the world’s greatest tennis players.

Federer is married to former Women’s Tennis Association player Mirka Vavrinec. In the most textbook romantic way possible, they met while they were both competing for Switzerland in 2000 Sydney Olympics. They were married at Wenkenhoff Villa near Basel in 2009, surrounded by a small group of family and friends. Federer and his wife have two sets of twins together—yes, you read that right. They have two twin boys named Leo and Lennart (Lenny) and two twin girls named Myla and Charlene.

Roger Federer’s net worth and total career earnings equal $350.0 million, and the majority of his earnings come from endorsements alone. He’s arguably the best tennis player in the world and continues to challenge himself whenever he plays. When Federer found out that his friend and mentor, Carter, had died he was shaken to the core and realized that he needed to live up to the potential that Carter first saw in him.

In July, Canadian tennis player Milos Raonic defeated Federer in five sets to reach the Wimbledon final. It was definitely a first for both players, but Roger took the defeat with grace and humility.

During the opening ceremony of the 2016 Summer Olympics, Federr tweeted that he would not be participating due to a knee injury and would be missing the rest of the season. We wish him a speedy recovery!