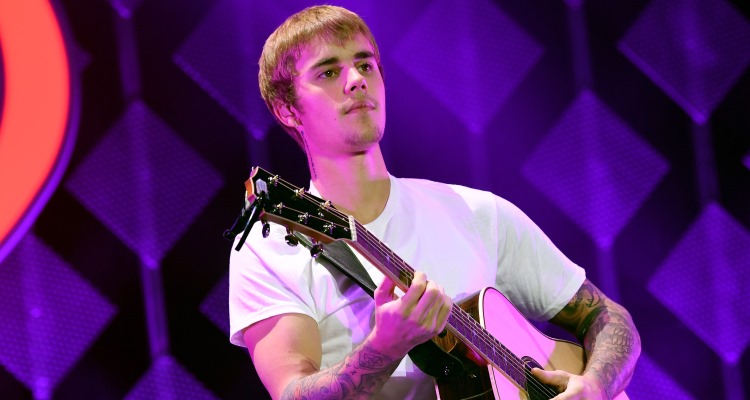 Beliebers everywhere should take a seat and grab their phones because the Biebs is back on Instagram! Justin Bieber also treated his fans to some new swoon-worthy pics. Check out Bieber’s hot Instagram comeback selfie here!

While we were enjoying Justin Bieber’s hilarious dance moves in his Super Bowl commercial, the 22-year-old returned to Instagram. Bieber deleted his account last August over fans’ harsh comments about Sofia Richie and a public dispute with his ex, Selena Gomez. Though Bieber remained active on Twitter, his fans were missing him on Instagram. But it looks like Beliebers can rejoice! The Biebs returned to the social networking site on February 3 and has been active ever since. His latest posts include one hot shirtless selfie and another perhaps hinting at a new song or album this year. Check out Justin Bieber’s latest Instagram posts here.

Let me see your #unlimitedmoves

Bieber deactivated his Instagram account last August when fans posted harsh messages directed at his then-rumored girlfriend, Sofia Richie. Things escalated when his ex, Selena Gomez, defended his fans. Bieber and Gomez had a public argument within the comments, with each singer accusing the other of cheating. Ultimately, the Biebs was done, and made his Instagram private before deleting it altogether. In November 2016, he had briefly reactivated his account but deleted it again soon after, saying it was an accident.

When he reactivated his account on Friday (February 3), all of his posts returned along with his 77.3 million followers. After his first Instagram post in what seemed like forever, many waited in anticipation to see if this was a one-off thing or if he was back for good. But it looks like we don’t have to worry. Bieber has since posted several pictures, mostly selfies, and doesn’t seem to be slowing down!

His latest post on Wednesday (February 8) shows a shirtless Bieber in front of a mirror flaunting his tattoos. He captioned the post, “SOO [sic] MUCH CONTENT”. We can only guess what content is he referring to. Perhaps he’s talking about his body ink, or maybe he has more music on the way?

The “Love Yourself” crooner is currently on his Purpose World Tour, but we can’t stop hoping for some new music from the Biebs. Since his Grammy-nominated album, Purpose (2015), he was featured in songs by artists including Major Lazer and Chance the Rapper.

The wait may be over for Bieber’s new album. The pop sensation posted two new pictures in the studio. In one of them, half of Dutch DJ, Martin Garrix’s face can be seen. Garrix was announced to join the Australian leg of the Purpose World Tour, so the two could just be practicing for their upcoming show. But we can’t help but hope for a song or two by this duo!

In other news, Justin Bieber won’t be attending the Grammy Awards this Sunday, claiming that the music honors is not “relevant or representative, especially when it comes to young singers.” At least this means he won’t be running into Selena Gomez and her new flame, The Weeknd! 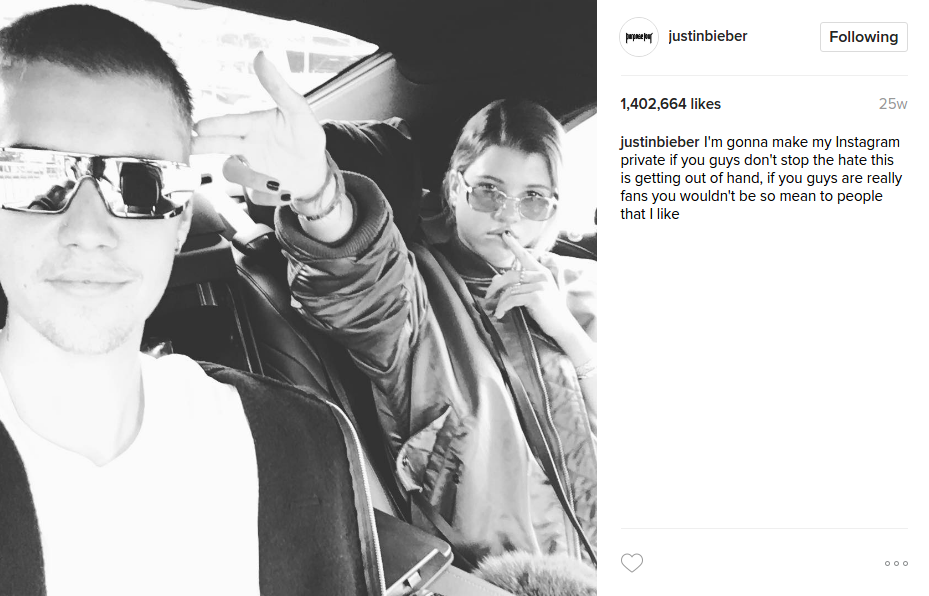