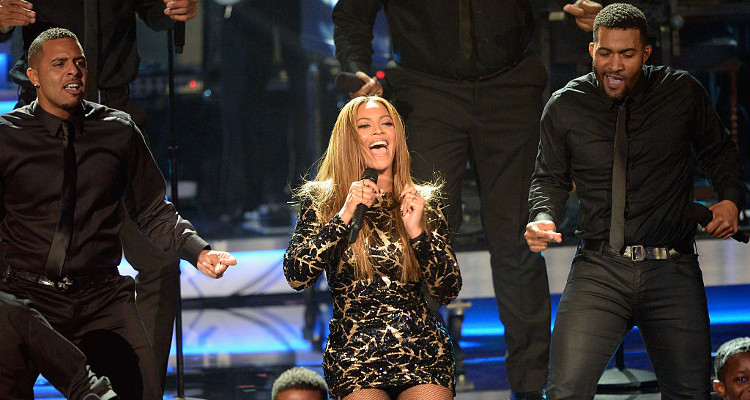 The 59th Grammy Awards takes place this Sunday, February 12 with a star-studded lineup! This year’s Grammy stage will see some stellar artists and the best collaborations you can imagine.

The 2017 Grammy Awards stage is going to be better than we can ever imagine. Who is performing at the 2017 Grammys? The growing list of performers just welcomed Katy Perry to its lineup! Making things more exciting, Beyoncé is going to take the stage after her announcement that she and Jay-Z are expecting twins. Queen Bey’s performance is certainly one you’d be a fool to miss. The prestigious event, hosted by James Corden, showcases veteran performers and new talent, like Best New Artist nominee, Maren Morris collaborating with multi-Grammy Award-winner, Alicia Keys. Here’s the list of performers that will hit the stage at the 2017 Grammy Awards.

Just days after Beyoncé revealed that she and hubby Jay-Z are expecting twins, Entertainment Tonight revealed she is going to perform at the Grammys on Sunday! The R&B diva has been nominated in nine categories at the music honors for her album, Lemonade. She is reportedly rehearsing for her performance at a secret location with her glam squad and dance troupe.

Also Read: Adele’s Net Worth: Facts to Know about the Grammys Album of the Year Nominee

The 2017 Grammys also sets the stage for the battle of the divas. Together with Beyoncé, Adele has delivered the goods in a big way in 2016. Adele’s third album 25 and its flagship anthem “Hello” is competing with Lemonade for three of the night’s biggest honors: Album, Record, and Song of the Year among other nominations. Adele is also taking the Grammy stage on Sunday. There is definitely no room for disappointment!

The Most Creative Collaborations at the 2017 Grammys

This year’s Grammys will see some of the most creative collaborations, which will bring together platinum-selling artists and award winners. In a blending of different music genres, Best New Artist nominee and rapper, Anderson Paak is collaborating with Foo Fighters frontman, 15-time Grammy-winner David Grohl and hip-hop quartet, A Tribe Called Quest.

The Weeknd’s infectious album, Starboy missed the deadline for the Grammy nominations, but we’ll still be seeing the Canadian hitmaker at the biggest music event of the year. The Weeknd is teaming up with French EDM duo, Daft Punk. We should also expect to see The Weeknd and his rumored girlfriend, Selena Gomez make their debut as a couple as the 27-year-old also requested organizers to have him sit next to Gomez.

Another collaboration to look forward is 15-time Grammy Award-winner, Alicia Keys, who will perform with reigning CMA New Artist of the Year, Maren Morris. The 26-year-old country singer has earned four nods including Best New Artist, Best Country Album for Hero, Best Country Solo Performance, and Best Country Song for “My Church.”  Keys, who won Best New Artist back in 2002, has a special duet planned for the evening and Morris can’t contain her excitement.

AND I'm gonna collab with my girl @aliciakeys again for this incredibly special night of music. See you through the tv! 😊📺

Also Read: Jennifer Lopez and Ex-Husband, Marc Anthony Kiss at Latin Grammy Awards: Are They Back Together?

More Performers at the Grammys This Year

The Recording Academy confirmed via Twitter that Katy Perry has joined the lineup of performers for music’s biggest night. Country Pop musician, Kelsea Ballerini received her first Grammy nomination and is also performing at the event. Her fellow country crooners, Carrie Underwood and Keith Urban have also been announced, along with John Legend and Metallica.

The latest additions to the lineup include Bruno Mars, as well as country musicians Little Big Town and Sturgill Simpson. Chance the Rapper is nominated for seven Grammys, including Best Rap Album for Coloring Book, which is up against Kanye West’s, The Life of Pablo. The Chicago native made Grammy history with Coloring Book as the first stream-only album nominated.

Beyoncé leads this year’s Grammy nominations with nine nods, continuing her reign as the female artist with the most Grammy nominations. Drake, Rihanna, and Kanye West follow closely with eight nominations each. Drake will be skipping the event this year, as he will be on tour in Europe on Grammy night.

Justin Bieber, whose album Purpose is up for Album of the Year, will also skip the event, but for a much different reason. According to Bieber, he “doesn’t think the Grammys are relevant or representative, especially when it comes to young singers.” Well, at least that saves an awkward encounter with Selena Gomez’s  current flame! Kanye West is also giving the Grammys the slip this year. Yeezy had vowed to boycott the music honors if Frank Ocean’s album Blonde wasn’t nominated. However, Ocean reportedly doesn’t believe the Recording Academy represents young Black artists and didn’t submit his album for consideration.

Don’t miss the stellar performances on the 59th Grammy Awards on Sunday, February 12 at 8:00 p.m. EST on CBS.