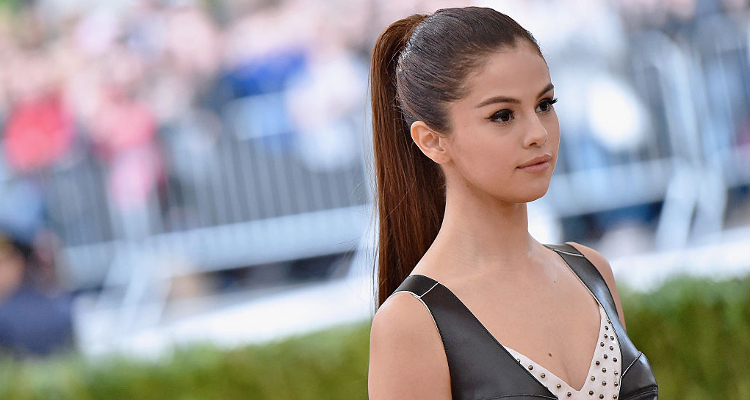 Selena Gomez may not be nominated for a 2017 Grammy Award, but she’s excitedly preparing for the ceremony. She shared her Grammy week preparations on Instagram, and The Weeknd may have reason to be jealous.

The 59th Grammy Awards are this weekend, and artists are certainly excited about the music event. Selena Gomez may not be nominated for an award this year, but she’s not going to miss the show —especially when her rumored new boyfriend, The Weeknd is performing! Gomez showed her excitement for the awards event on her Instagram as she posted a picture with the band, Hillsong Young & Free. She also posted a picture with Justin Stirling, Cody Simpson’s manager, and close friend of Justin Bieber, Gomez’s on-again-off-again ex. Does The Weeknd have something to worry about? Here are more details on Selena Gomez’s latest Instagram posts during Grammy week.

A year ago, when Gomez’s troubled relationship status and health were making headlines, she gave a moving performance for an audience of churchgoers, Hillsong Young & Free. Stressing the importance of a relationship with God, the 23-year-old performed her song “Nobody” with the Sydney-based band. The group associated with Australia’s Hillsong Church was on its Youth Revival Tour.

The group’s latest album, Youth Revival, earned them their first Grammy nomination this year. Hillsong Young & Free are nominated for Best Contemporary Christian Music Album, and turned to their friend and Grammy-regular, Selena Gomez, for some style advice.

Gomez posted a picture of four members of Young & Free trying in suits. In her caption, she mentions that she dressed them like Ryan Gosling. Who can blame her? The guy knows how to look dapper in a suit! 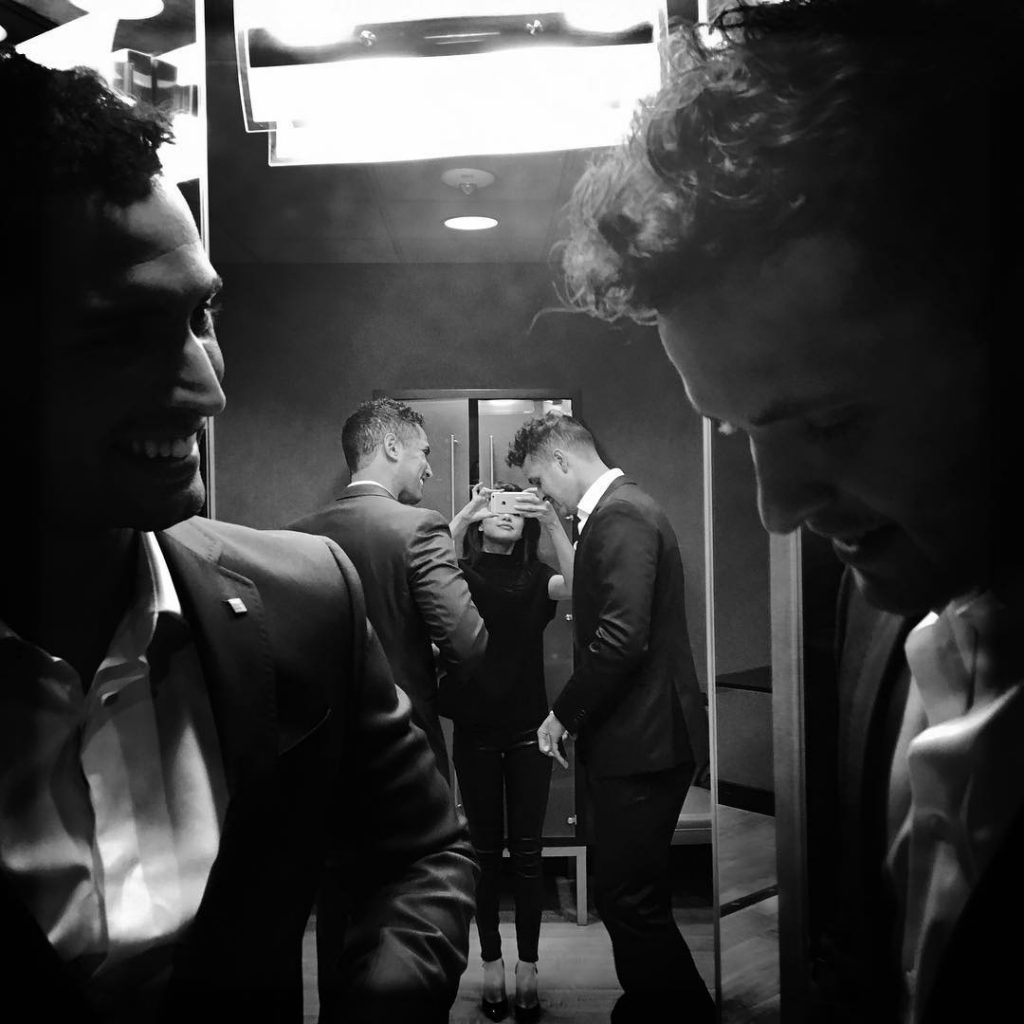 Gomez Meets up with Bieber’s Friend

A couple days ago, Gomez shared a picture with Justin Stirling. Stirling is Cody Simpson’s manager and a mutual friend of Gomez and her ex, Justin Bieber. But he’s reportedly closer with Bieber. Speculation is now rife that if Gomez and Stirling are hanging out together, Bieber can’t be far behind. This may not have made The Weeknd too happy. 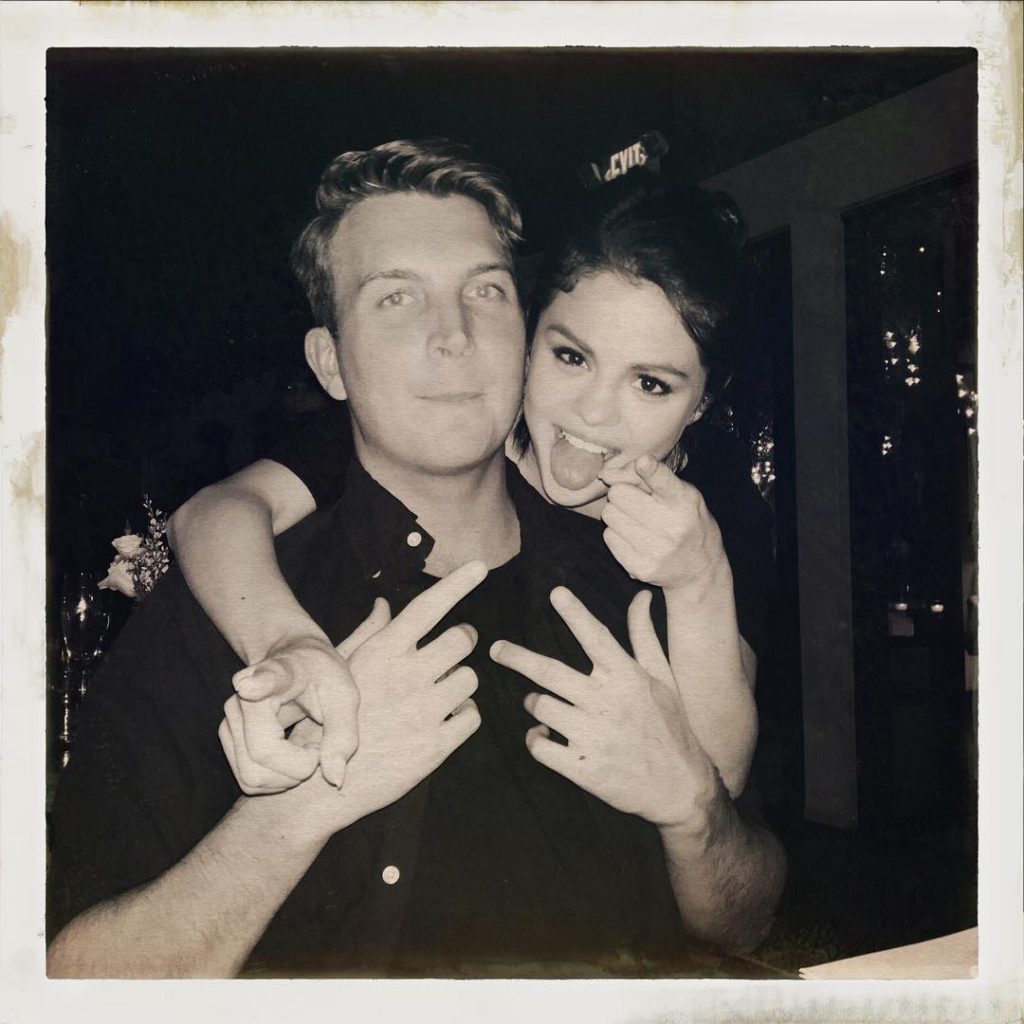 Rumors have been floating around that Selena Gomez is dating Abel Tesfaye, better known as The Weeknd, since the two were spotted on a date. The Canadian import is also performing at the Grammys on Sunday though his hit album, Starboy couldn’t get nominated as it was released after the Grammy cut-off date. Gomez is reportedly attending the Grammys with her new beau, meaning they could finally be ready to make their relationship public! And apparently, The Weekend also refused to sit anywhere but next to her!

While The Weeknd looks excited about debuting as a couple at the awards show, news about Gomez meeting up with Bieber’s close pal may have upset him. But there’s no way to know for sure. Either way, we may have a new couple announcement at the 59th Grammy Awards on February 12!