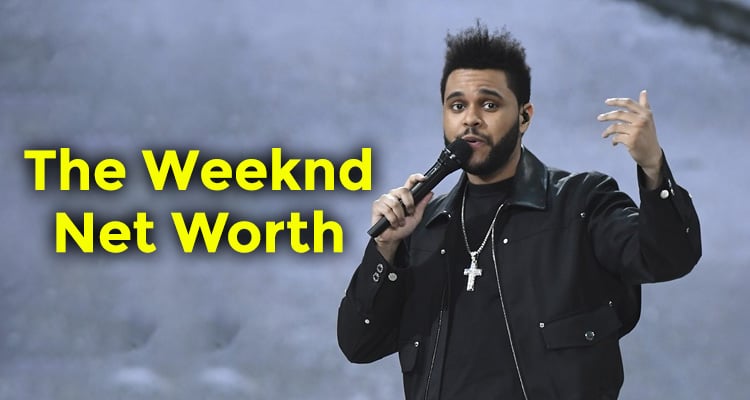 With all the buzz surrounding this year’s Victoria’s Secret Fashion Show, many are interested in learning more about The Weeknd, especially since his recent split with VS model Bella Hadid, not to mention the fact that he’s performing alongside her in the show!

So, just how much is The Weeknd worth? The Canadian R&B singer released his successful Starboy album, still maintains his endorsements (unlike some celebrities recently), and recently performed at this year’s Victoria’s Secret Fashion Show. Despite his breakup with model Bella Hadid, it’s safe to say that The Weeknd has had a pretty good year, especially since his song “Starboy” made the No.1 spot on the Billboard 200 chart! It’s no wonder The Weeknd’s net worth got an increase!

In light of the recent Billboard news and drug dependence, many have been searching the Internet for terms such as “The Weeknd age,” “The Weeknd songs,” “ The Weeknd girlfriend,” and “The Weeknd car collection.” We’ve got all the details you need to know below.

The Weeknd Net Worth

According to Billboard, The Weeknd’s song, “Starboy” from his new album, Starboy blasts off at No.1 on the Billboard 200 chart. The hit song earned 348,000 equivalent album units ending in the week of December 1, according to Nielsen Music. That makes it the third-largest debut of the year, behind fellow Canadian Drake’s Views (1.04 million units), and Beyoncé’s Lemonade (653,000 units). In addition to those units, 209,000 were traditional album sales and the numbers could expect an increase, making a nice stocking stuffer for The Weeknd this Christmas! (Disclaimer: Please don’t attempt to force The Weeknd’s Starboy album into a stocking—wrap it up!)

The 26-year-old singer was romantically linked to 20-year-old model, Bella Hadid (born Isabella Khair Hadid) for 18 months. Why does that name sound familiar? Probably because she’s the younger sister of Victoria’s Secret model, Gigi Hadid. Bella is represented by IMG models and currently lives in New York but made her Victoria’s Secret Fashion Show debut at the event last week. The Weeknd and Bella broke up amicably in November, but remain in contact with one another. The exes even ran into each other in Paris, France and shared the stage at the Victoria’s Secret Fashion Show. It wasn’t awkward at all for them, which is exactly what Bella wants moving forward with the musician.

In recent news, The Weeknd admitted to doing drugs as a way to cope, while making his music. In the in-depth interview with The Guardian, the Starboy singer talks about growing up in Toronto, being raised by his single mother, drugs, and loneliness.

“When I had nothing to do but make music, it was very heavy,” he said. “Drugs were a crutch for me. There were songs on my first record that were seven minutes long, rambling – whatever thoughts I was having when I was under the influence at the time. I can’t see myself doing that now.”

When The Weeknd was 17, he dropped out of high school, moved out of his mother’s house, and lived in a one-bedroom apartment with a friend, with whom he did a series of drugs with. The singer listed Ketamine, cocaine, mushrooms, MDMA, and cough syrup as the pair’s drugs of choice.

The Weeknd also confessed to using drugs to cope with writer’s block and making his past few albums.

“I’ll be completely honest with you. The past couple of albums, I do get back to that,” he said, referring to doing drugs. “Even on this new album. You have writer’s block. And sometimes you’re like, I can’t do this sober.”

If there’s one thing The Weeknd loves, it’s cars.  In his “Starboy” video, he features his own cars, and they’re both beautiful and expensive!