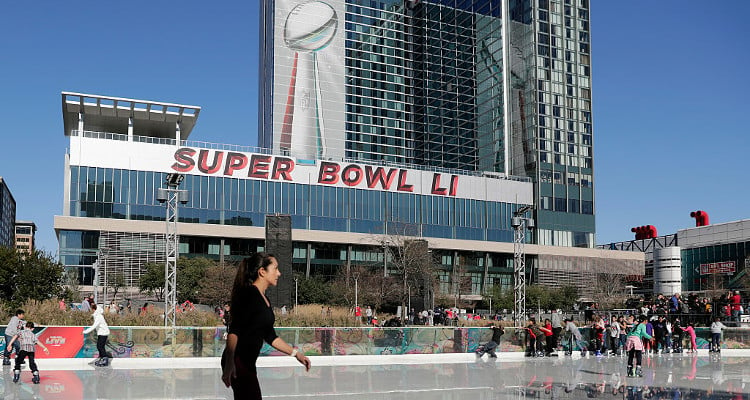 When it comes to the Super Bowl, rival teams are not the only ones working around the clock to make sure the night is memorable. Whether or not you are a football fan, there is a good chance you tune in to check out the commercials. Here are some of the top Super Bowl commercials.

Even if you are not a fan of the sport, you will likely tune in on February 5 to catch the best Super Bowl commercials of 2017. Advertisers pay a lot of money to get their 30-second clip aired during the Super Bowl, and the results rarely disappoint. Reports suggest that companies pay an average of almost $5.0 million for their 30 second clip to be played in front of the Super Bowl audience.

This commercial will definitely entice men to clean the house. The latest Mr. Clean Super Bowl commercial features our favorite animated spokesperson flexing and wowing the lady of the house with his cleaning skills. Her reaction is enough to get any man wanting to pick up a mop and bucket!

This commercial is more than just the handsome Jason Statham and the gorgeous Gal Gadot in an action packed scene; it is also extremely well done. Wix is a web site development company and is back for their second round of Super Bowl commercials. They launched their Super Bowl ad campaign through Facebook Live on January 17, and this commercial was directed by Louis Leterrier (who also directed The Transporter and its sequel).

If you, or someone you know, is not the biggest avocado fan, maybe John Lovitz’s hypnosis will change your mind?

One of Marilyn Monroe’s most iconic moments is when she poses on top of a subway grate in New York City. This classic Snickers commercial relived that moment with the brilliant Williem Dafoe, as part of its latest advertising campaign.

Intel was the first brand to release their teaser for their 2017 Super Bowl commercial campaign. The ad features Tom Brady showcasing Intel’s 360 replay as he gets ready to start his day.

Nobody can ever forget this timeless commercial. It shows the security tapes of a Coke employee refilling the Coca-Cola fridge. When he wants a break, however, he goes for the Pepsi fridge beside him —until a sea of cans come spilling out!

This clever ad first aired in 1995 and is still counted as one of their best commercials. We all know a chilled beer and the Super Bowl is the best combination, and apparently, we are not the only species to think so!

This McDonald’s commercial was from the 2011 Super Bowl, and still reigns as one of the best.

Although this commercial was targeted to a different demographic, it was played during the 2015 Super Bowl, and we wonder what Victoria’s Secret will come up with this year.

In 2015, Mercedes-Benz released an advertisement featuring their take on Aesop’s fable, “The tortoise and the Hare.” Mercedes-Benz is making a comeback with Super Bowl commercials for their Easy Driver, and are reportedly going to “pay homage to a series of legends: true to the original of the cult film from 1969, no-one else except its main actor and Mercedes-Benz fan Peter Fonda and the song ‘Born to be wild’ by the band Steppenwolf were eligible.” Oh, and their commercial will be directed by Oscar-winning duo Joel and Ethan Coen.