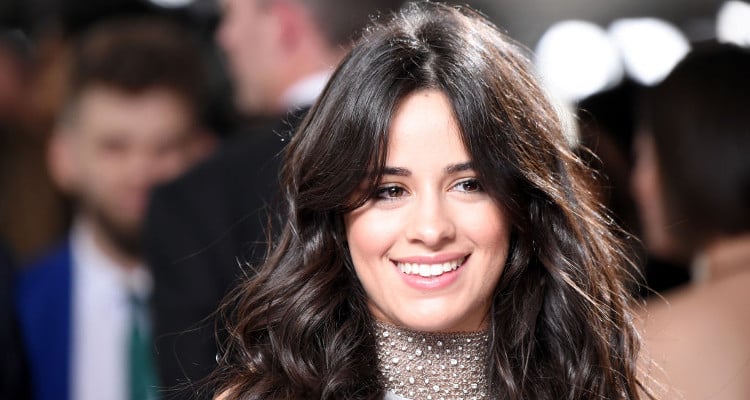 Harmonizers are going to see Camila Cabello solo on stage this Sunday! The former Fifth Harmony member is one of the MTV Movie & TV Awards 2017 performers. Could there be awkward run-ins with certain ex-band members? We hardly think so.

MTV spiced up its popular awards night into the MTV Movie & TV Awards this year, and is celebrating a new generation of talent. When we talk about new artists, we can’t leave out the amazing Camila Cabello. We last saw her have an awkward run-in with the now foursome of Fifth Harmony at the 2017 Kids’ Choice Awards, where she performed with Machine Gun Kelly and the group snagged a couple of awards. While it’s not announced whether Fifth Harmony will be making any award night appearances, Cabello will be performing at the MTV Movie & TV Awards and the Billboard Music Awards. Here’s what to look forward to for Camila Cabello’s MTV Movie & TV Awards performance.

Harmonizers know this, but for those who are new to the fandom, Camila Cabello was a former member of the uber-popular girl group, Fifth Harmony. Cabello, along with Ally Brooke, Normani Kordei, Dinah Jane, and Lauren Jauregui, auditioned for The X Factor in 2012 as solo acts. They didn’t make it far, but Simon Cowell saw their potential and brought these girls together as Fifth Harmony in The X Factor Bootcamp. They didn’t win the show, but Cowell signed them to his label. With Fifth Harmony, Cabello released a couple of albums and an EP and enjoyed international success.

But in December 2016, four members of Fifth Harmony and Harmonizers alike were blindsided, when Cabello announced her departure from the group. The 21-year-old decided to pursue her solo endeavors and has since collaborated with Shawn Mendes, Machine Gun Kelly, Cashmere Cat and others on songs. From her net worth of $1.0 million in the days as a 5H member to becoming a solo songstress, her net worth has increased to $3.5 million. So, she’s definitely on the right track!

Album on the Way

Earlier this year, Cabello teased photos of her hard at work in the studio with Pharrell Williams and producer, Frank Dukes. So we already she’s got a new album on the way. She sums up her solo venture as “Me in sound form”. Sounds interesting! In an interview, the Cuban stunner shared her plans to release a few songs from her debut solo album in the summer with the album dropping this fall.

Well, it’s about time for Cabello to drop her first single. Rumors have been circulating that May 5 is the release date. She has been teasing her fans with supposed lyrics from her upcoming song on social media. A cryptic tweet had everyone asking her if it is lyrics from her song to which she replied with more cryptic tweets. Her most recent tweet shows her spoon the letters “CC1” from a bowl of alphabet soup. So “CC1” could have to do with her new solo project. Nonetheless, keep an eye out for a song or half from Camila Cabello.

She made her first solo awards night debut at the Kid’s Choice Awards earlier this year. How could anyone forget the awkward moment both Cabello and 5H shared the same red carpet and same room? She even gave an amazing performance with Machine Gun Kelly, while her former bandmates were in the audience and she had to watch the four girls accept their awards.

That’s in the past now. Cabello is performing on MTV’s revamped version of the former MTV Movie Awards. There’s no word yet if 5H is attending the event or if they will be presenters at the MTV Movie & TV Awards (unless the show’s producers are cruel enough to put the group and Cabello on the same stage).

Will we get a preview of Cabello’s new song? Sadly no. She is set to perform the hit track “Hey Ma” from the Fate of the Furious soundtrack with J Balvin and Pitbull. A fitting performance to go with, especially since the main cast of the Fast and Furious franchise will be receiving the MTV Generation Award.

The MTV Movie & TV Awards will air tonight, on Sunday, May 7. It will be broadcast live from the Shrine Auditorium in L.A. at 8:00 p.m. EST on MTV.

when u can't figure out how to put ur suspenders on but ppl are depending on u to be cute ??‍♀️??‍♀️?