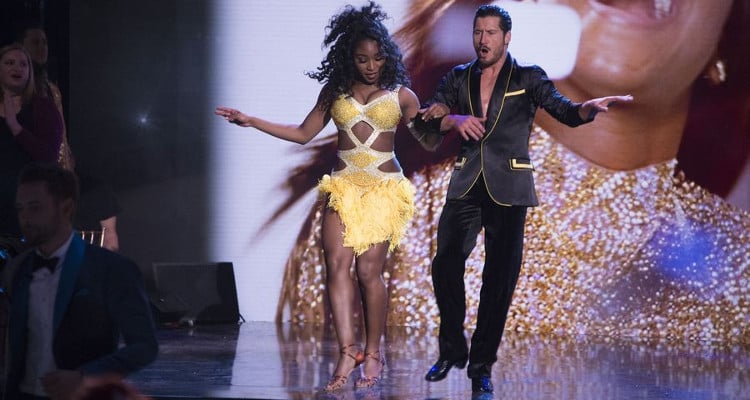 Normani Kordei is the one to watch on Dancing with the Stars season 24. She’s making hearts flutter and men swoon with her dance moves this season, proving she’s more than just a voice! But who has had the fortune of calling the Fifth Harmony member their girlfriend? We have the details right here.

If anyone is killing it on the ballroom floor, it’s Fifth Harmony’s, Normani Kordei. She has been a Dancing with the Stars frontrunner from the get-go. But one thing everyone wants to know is: who is Normani Kordei dating? The 20-year-old hasn’t been married, but she has been dating. We’ve got the scoop about Normani Kordei’s boyfriend here.

Normani Kordei doesn’t have a long boyfriend list. Harmonizers are well aware that the girls of 5H got their start on The X Factor, where Simon Cowell put the individual artists into a group. While they dominated The X Factor with their fierceness, behind the scenes was another story. The girls and some of the other contestants were having their own romances —or should we say “showmances”— brewing.

While Lauren Jauregui was dating Keaton Stromberg from boyband trio, Emblem3, Kordei had her own X Factor romance with another contestant, Arin Ray. They met at the boot camp where they had a sing-off of One Direction’s, “What Makes You Beautiful.” They hit it off and had been dating during the course of the show. Clips on The X Factor would show the two of them being flirty around the house and Ray would dedicate his performances to her.

Unfortunately, Simon Cowell was worried about their relationship affecting both singers. Kordei kept her focus with her band of girls, while Ray appeared to have been distracted. His less-than-impressive performances didn’t sit well with the judges, and he was soon eliminated.

Also Read: Normani Kordei and Val Chmerkovskiy on “Dancing with the Stars” 2017: Facts to Know

Both Lauren Jauregui and Normani Kordei’s X Factor relationships didn’t last long after the competition. Kordei and Ray dated until 2013, until they suddenly stopped appearing together. Many believe they broke up, as rumors of her dating fellow Fifth Harmony member Dinah Jane Hansen’s cousin, Thomas Hansen surfaced.

Before you get down about the X Factor showmance failing, you should know that Kordei has no time for boyfriends. She’s the latest 5H member to explore solo opportunities outside the group, after Camila Cabello’s departure. Kordei took two of Drake’s tracks, “Fake Love” and “Sneakin,”slowed them down with her sultry vocals, added verses, and released a mash-up that made everyone wild. So, clearly she’s absolutely rocking it on her own.

Kordei is showing off some great chemistry with her pro-partner, Valentin Chmerkovskiy on DWTS. The stage feels like it’s on fire when those two hit the dance floor. But can their chemistry escape the rumor mill? Definitely not!

Many are suspecting that the two share a chemistry outside the ballroom. Last season, Val was in a relationship with his celeb partner, Amber Rose. They broke up in the start of 2017 and Rose shared a Red Carpet smooch with her ex-husband, Wiz Khalifa. So, now that Val is a single man, the rumor mill is weighing in on his possible relationship with Normani Kordei.

Whatever their relationship looks like, Kordei and Chmerkovskiy are determined to go far in DWTS with their chemistry and skills. In the meantime, we’ll leave the dating speculation for when and if there’s actually one!