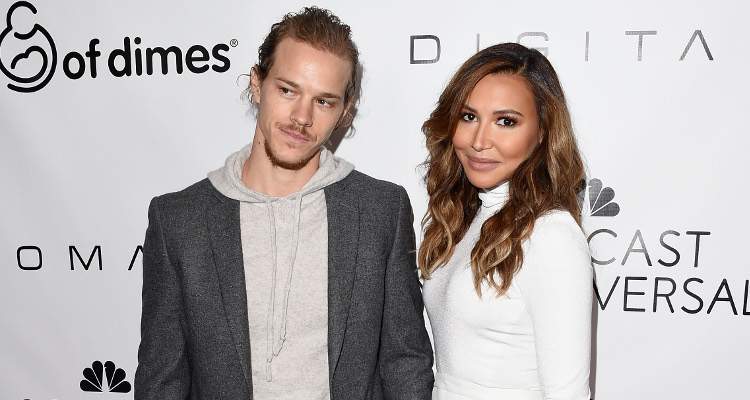 Ryan Dorsey’s main focus is now his son, as his ex-wife Naya Rivera disappeared on a boating trip. The Glee actress and the son she shares with Dorsey were boating at a lake in Ventura County. Their son was found, while Rivera is still missing, since July 8. Dorsey and Rivera had a tumultuous relationship, but put on a united front as co-parents. With this recent tragedy, the focus is now on Rivera’s ex and who Ryan Dorsey is. So, we’ve covered everything there is to know about him in our Ryan Dorsey wiki.

Ryan Dorsey was born on July 19, 1983 in Charleston, West Virginia to Arnold Dorsey and his wife. While excelling in athletics, Ryan Dorsey caught the acting bug after a play he did in high school.

Being an actor wasn’t Dorsey’s first choice career when he was a teen. The only way he wanted to be on TV was if he was playing in the NBA or NFL. In school, he gained notoriety for his basketball skills.

While playing football with his friends one day, Dorsey took an elbow to his face, which broke his nose and orbital bone. Subsequent surgeries and problems with his eyesight derailed his sports career.

Two of his friends talked him into trying out for the school play.

It so happened that an industry professional from Hollywood, Ron Reedy, had returned to his home state in West Virginia to take care of his ill mother. While in Virginia, Reedy took over the theater program at Dorsey’s school—Riverside High.

Dorsey played an aging attorney in the Ayn Rand play, Night of January 16th, and he’s been breaking the fourth wall ever since.

Dorsey then moved to the Big Apple where he auditioned for and was accepted into the acclaimed New York Conservatory for Dramatic Arts. To help pay for New York, he worked with his father at New River Electrical. He did electrical construction and continued the job off and on during his time in New York.

Dorsey soon found himself in Los Angeles attending auditions. It took him years, but he finally got his first role on Parks and Recreation. After this, acting finally become a steady gig for him.

Don’t Miss: Who Is Jenny Slate’s Ex-Husband? Wiki and Facts about Dean Fleischer-Camp

Ryan Dorsey played a character in the seventh season of the teen fantasy drama, The Vampire Diaries. The actor portrayed Marty Hammond, a former merchant marine who became an alcoholic to cope with his stress.

While Naya Rivera became a household name as the headstrong cheerleader Santana on Glee, Ryan Dorsey attained some solid acting credits on TV. He has appeared in Southland, Parks and Recreation, The Mentalist, Justified, The Night Shift, SWAT, and more.

Most recently, Dorsey played Dime Bag in Ray Donovan, Tommy Miller in Pitch, and Everest Jones in The Rookie. He also has recurring roles in Stumptown and Yellowstone.

Dorsey’s acting career earned the 34-year-old a decent fortune. Ryan Dorsey’s net worth is estimated at $2.0 million, which is still a little short of Rivera’s $5.0 million fortune.

Dorsey and Rivera Have a Son Together

Naya Rivera has always been candid about her life, particularly through her memoir, Sorry, Not Sorry. In the very same book, she opened up about her relationship with Ryan Dorsey.

In July 2014, the couple tied the knot in Cabo San Lucas, Mexico, only three months after she ended her engagement to Big Sean.

Rivera had some high-profile relationships before her marriage, including the rapper. Rivera ended up accusing Big Sean of cheating on her with Ariana Grande, which is what led to the demise of their relationship.

Rivera was accused of “switching grooms” for her lightning fast wedding to Dorsey just after her breakup with Big Sean. But she clarified that she had known Dorsey for a long time and the two had dated before. 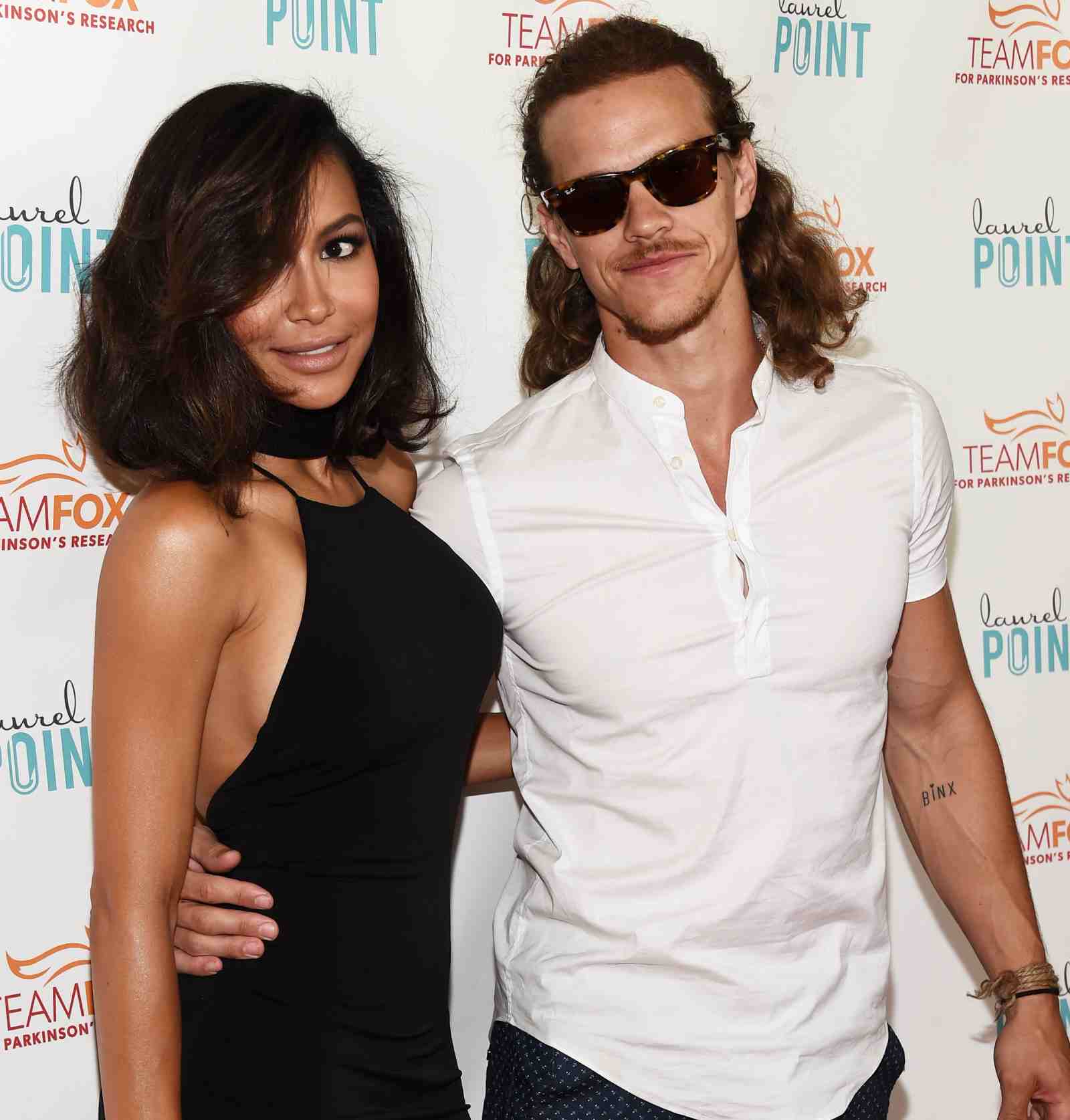 As detailed in her book, Rivera and Dorsey briefly dated during her early years on Glee before parting ways, because she wanted to focus on her career. A few weeks after her breakup, she discovered that she was pregnant. Without informing Dorsey, she decided to terminate her pregnancy during a day off from filming. When talking about her abortion after they got back together, Rivera said Dorsey couldn’t have been more understanding.

The two maintained a platonic yet distant relationship until her breakup from Big Sean. Dorsey reached out to her to console her, and they rekindled their romance.

Three months later, they were married.

Rivera and Dorsey’s son, Josey Hollis Dorsey, was born in 2015.

Their Son Is with Dorsey, While the Search for Rivera Is Ongoing

After two years of marriage, Rivera filed for divorce from Dorsey in November 2016.

In a statement, Rivera said, “Our priority is and always will be our beautiful son that we share together. We will continue to be great co-parenting partners for him.”

At that time, Rivera requested primary custody of their son and visitation rights for Dorsey.

Almost a year later, they called off the divorce. Sources said they wanted to make their marriage work for the sake of their son. Their reconciliation appeared to be going smoothly until things went south again.

The singer-actress was arrested in late November 2017 on charges of misdemeanor domestic battery. She allegedly had an altercation with Dorsey while taking their son for a walk. Dorsey called 911 for his wife’s “out of control” behavior.

According to the official report, Rivera allegedly struck Dorsey in the head and face, and he had minor injuries consistent with the claims. He also provided a video of the alleged accident.

Reports revealed that Rivera was later released on a $1,000 PR bond and picked up by her father-in-law. While she kept a low profile, Dorsey made a statement through Twitter requesting privacy.

Rivera filed for divorce right after her arrest and they officially separated in June 2018. Dorsey and Rivera shared joint legal and physical custody of their son and asked the court to terminate both sides’ ability to get spousal support.

Naya Rivera was reported missing on July 8, 2020 when her four-year-old son was found alone on a rented pontoon boat on Lake Piru in California. He was later reunited with his father. Meanwhile, the search-and-rescue operation for the actress has now been sadly shifted to a recovery mission.

Josey is currently under Ryan Dorsey’s care with Naya Rivera presumed dead. Officials have stated that the child is in “good health.”