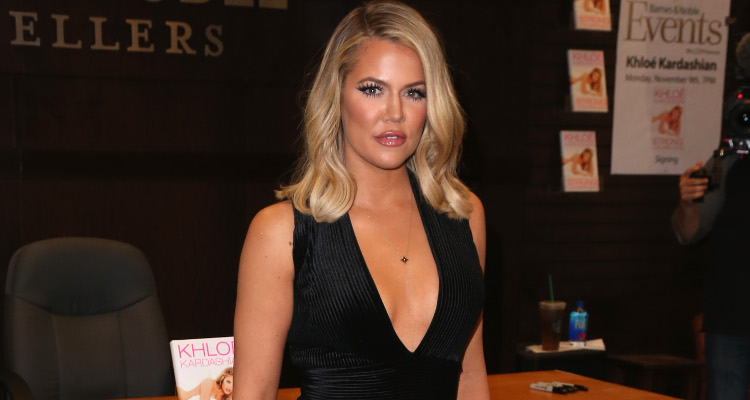 If you follow all things Kardashian, you should know Khloe Kardashian has a very close group of friends. Khloe’s gang includes twin sisters Malika and Khadijah Haqq, who starred in the Keeping up with the Kardashians spin-off, Dash Dolls, and Dorian Renaud, an actor, model, and host of Extra. Renaud was the person Khloe confided in about her troubles with ex-husband, Lamar Odom. Renaud celebrated his 29th birthday on February 8, and his BFFs were there to celebrate with him. Khloe took to Instagram to share a picture of their party and wish her best friend a happy birthday.

A former singer, and now model and actor, Renaud is famous for two things: being the host of Extra and Bounce TV’s, In the Cut and for being Khloe Kardashian’s best friend and confidante.

He appeared on KUWTK, when Khloe shared her struggles with then-husband, Lamar Odom’s drug problems. Renaud even invited her to appear on Extra for an exclusive interview about Odom’s near-fatal drug overdose. So, it’s clear that the two share a very close friendship.

Khloe got together with Malika and Khadijah, who manage the Kardashian’s DASH stores, for Renaud’s birthday dinner. Renaud’s Instagram shows that he had more than one celebration on his big day. He met up with actress, Lauren London, Sean ‘Diddy’ Combs, and his fellow models for a birthday bash. He ended the celebrations with a dinner with his friends.

Both Khloe and Renaud posted the same picture of their group at a restaurant. Khloe captioned the post, “Happy birthday to the king of elevation @dorionrenaud,” while Renaud captioned it, “Birthday Finale. I love these women with all my heart!! #dorionsangels @forevermalika @foreverkhadijah @khloekardashian#dinnerwithwinners”.

Khloe’s fans hit the post with over 300,000 likes and many commented that she looks stunning. The Revenge Body host is sporting a slicked-back high pony, wearing a black fishnet top, similar to the one her little sister, Kylie Jenner wore in a regal Instagram post earlier. But most of her fans are in awe of Khloe and her three besties who are always there for her, as they wished Renaud a very happy birthday.

Happy birthday to the king of elevation @dorionrenaud ????