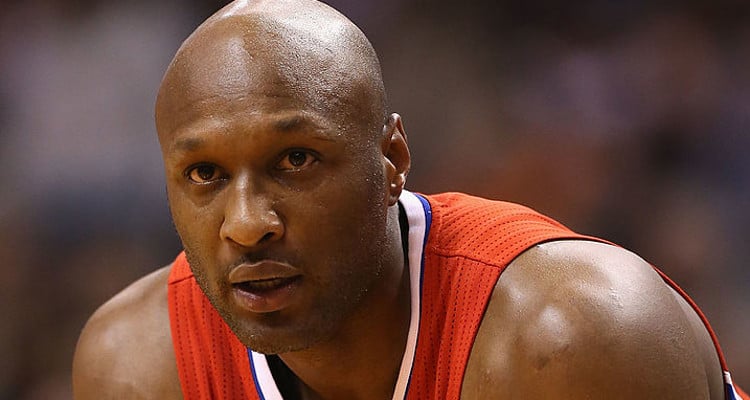 Earlier in life, Lamar Odom seemed to have everything. He had success, money, family and fame but then things began to go downhill. Odom lost his son; his wife filed for divorce, and his skills on the basketball court took a nose dive. Then, Odom really spiraled out of control when he almost died from a drug overdose in a brothel in Nevada, before being hospitalized and given therapy. Now, he is on the road to recovery and his family, friends and fans wish the best for him.

It’s an inspiration for everybody when you see someone start at the bottom and rise to the top. However, there is sadness and shock when someone at the top makes a sudden decline to the bottom. That’s what’s been happening to former basketball star, Lamar Odom throughout the last decade. Having been struck by a series of misfortunes, Lamar Odom has gone from successful NBA player and loving husband to a broken man in need of help and rehabilitation. Over the last few years, he has suffered in both his professional and personal life, and his struggles have been made very public. We will tell you all we know about Lamar Odom’s wiki and information on what went wrong for the star athlete.

Who is Lamar Odom?

Lamar Odom is a retired American professional basketball player, who played in the National Basketball Association [NBA] for several years. Odom was born in November 1979, in South Jamaica, Queens, New York City to his parents, Joe Odom and Cathy Mercer. Odom’s father was a heroin addict, and his mother died of colon cancer when Odom was just 12 years old. Rendered an orphan, Odom was raised by his maternal grandmother. Odom showed a talent for basketball from a young age and represented his high school in the championships. His grades were poor but due to his exceptional playing skills, Odom managed to gain acceptance to the University of Rhode Island.

Odom seemed to get into trouble with the law from a young age. In 1997, he received a citation for soliciting prostitution when he was caught in an undercover operation by the Las Vegas police. His unexpected high score in the ACT exam was also questioned. Odom had to work doubly hard in college to be allowed to play basketball for the University team, but when he stepped on the basketball court, he was pure magic. He dazzled even his critics with his game-winning abilities. 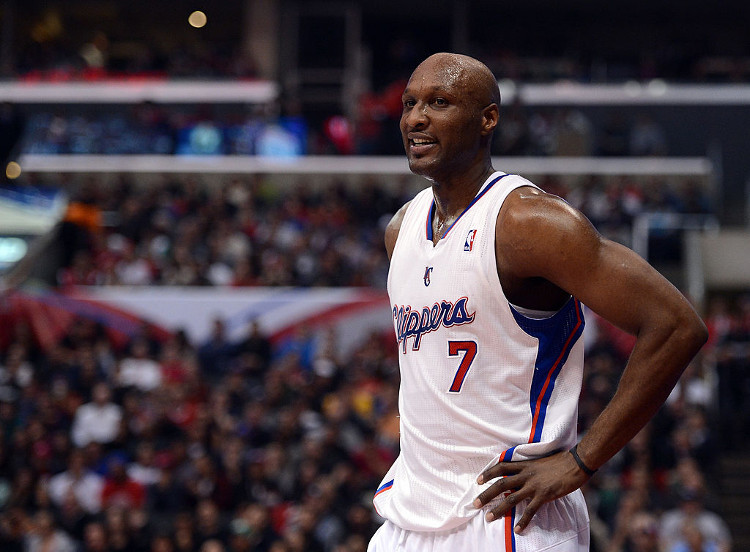 In his professional career, Odom played for several top teams in the NBA. He started his career with the Los Angeles Clippers in 1999 and played for them for four years. He played for just a year with the Miami Heat and then for seven years with the Los Angeles Lakers. His best performance and his longest stay was with the Lakers. Odom was part of the winning team when the Lakers won the NBA championships in 2009 and 2010. Odom was named the NBA Sixth Man of the Year in 2011. He then played for the Dallas Mavericks, Laboral Kutxa Baskonia [Spanish League] and the New York Knicks for short periods of time, before his career entered a downward spiral.

Odom received a handsome salary from the teams he played for throughout his career, especially the LA Lakers.

Odom has his own company called Rich Soil Entertainment, which produces music and films. Odom has also appeared in a Taco Bell commercial and has done a cameo in the TV series, Entourage.

While Odom was playing and winning in basketball, his personal life also flourished. He married Liza Morales and had three children from her. Lamar Odom’s kids are named Destiny, Lamar Jr., and Jayden. On June 29, 2006, Odom and Lamar Odom’s wife Morales were devastated when their six-month-old baby, Jayden died from sudden infant death syndrome while sleeping in his crib in New York City. Lamar Odom’s son’s death proved to be the turning point in their relationship, and Odom and Morales separated soon after. Then, Khloe Kardashian entered Odom’s life. The two met at a party and were instantly smitten with each other. After barely a month of dating, Odom and Kardashian got married! 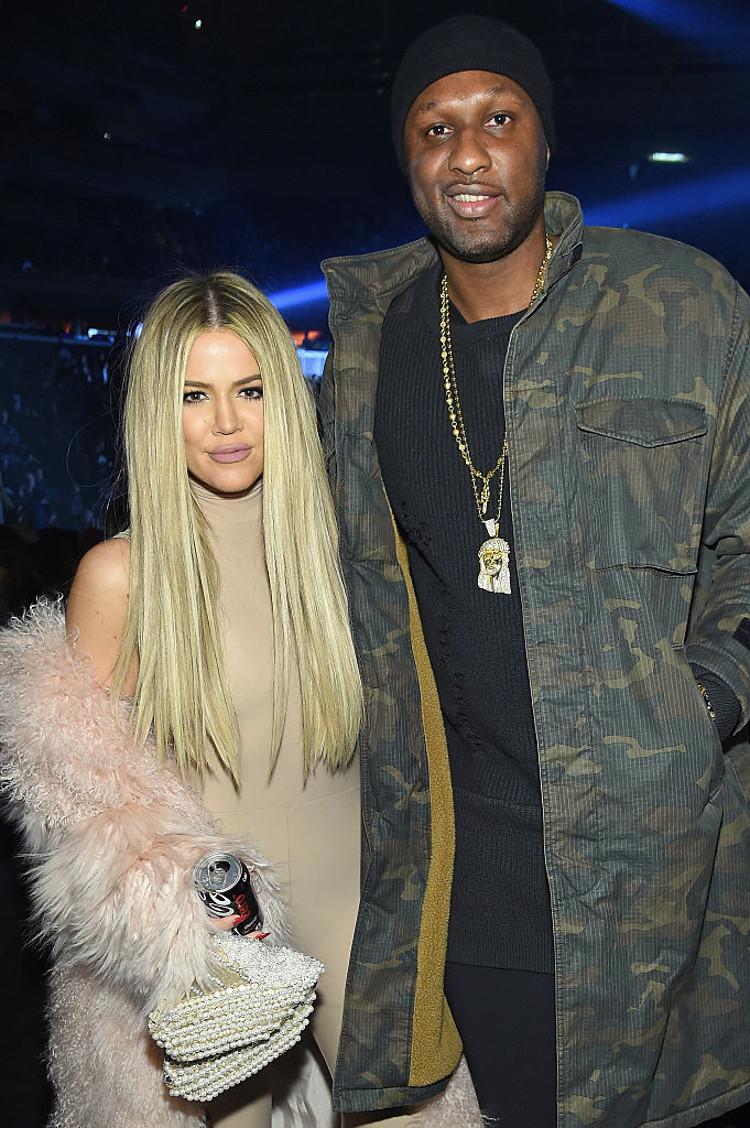 Their wedding was featured on the popular reality TV show, Keeping Up with the Kardashians. Odom started appearing regularly on the show with Khloe and became a household name. Odom was already famous as a basketball player but appearing on this show made him an even bigger celebrity. Odom and Kardashian even had their own show for a while called Khloe & Lamar, in 2011. Then the cookie started to crumble. In August 2013, Odom was arrested for driving under the influence [DUI]. Initially, Odom refused to take a chemical test, but later pleaded guilty. He received a light sentence, but Kardashian wanted out. In 2015, Kardashian filed for divorce but before the judge could decide on this case, things got even worse for Odom.

Playing with his Life

On October 13, 2015, Odom was found unconscious at Love Ranch, a brothel in Crystal, Nevada. Odom was hospitalized immediately but went into a coma. He was placed on life support and doctors found out that he had suffered several strokes and kidney failure. Odom was shifted to a hospital in Los Angeles, and Khloe decided to call off the divorce because Odom needed her support. Thankfully, Odom recovered and in January 2016, he was released from the hospital. Lamar Odom’s health update is that Odom has been getting better and both his family and Khloe are happy with his progress. However, his basketball playing days are over.

Lamar Odom now wants to focus on his family. He told the media that he wants to get Khloe Kardashian back and he is not upset that she had filed for divorce. Kardashian maintains that they have not yet reconciled, but she is there for him so that he can make the correct medical decisions. She wants to support and care for him, but Odom needs help now as he also has to take care of his two children. Odom has had to pay a heavy price for living life in the fast lane. 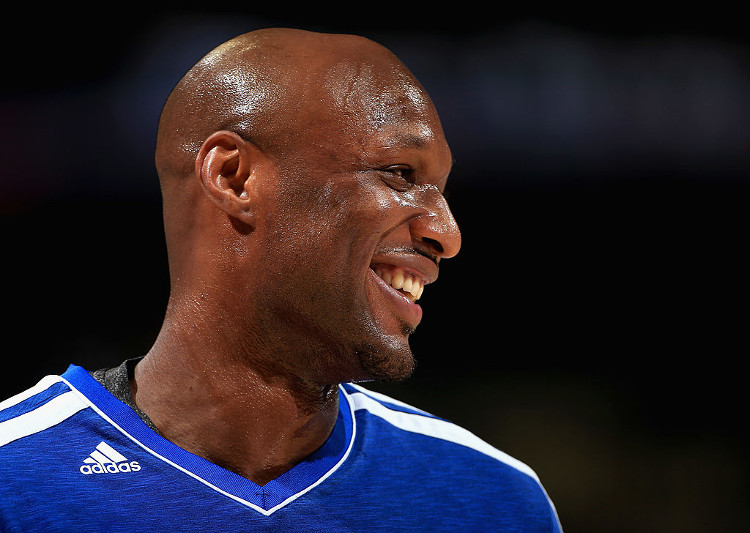 Need of the Hour

When Odom was playing professional basketball, he was known for his positive attitude and was considered the most popular player in the locker room. Coaches and teammates used to admire that Odom understood the concept of playing on a team and was happy to play a supporting role to his more flashy teammates. Now, Odom needs his positive attitude and dedication more than ever to recover from the bad situation he had put himself in. For his family’s sake as well as his own, we wish Odom the very best. The ball is in his court now.