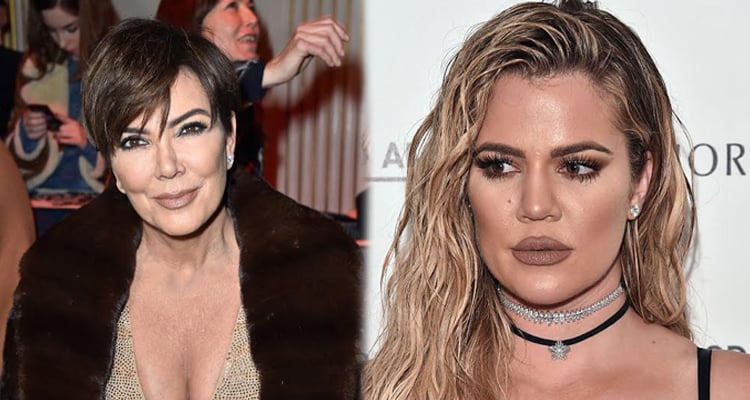 The Kardashian daughters may be celebrities in their own right, but they all learned the craft from their ” momager,” Kris Jenner. A shocked Khloe Kardashian posted a hilarious clip of Jenner in her sink. Check it out below!

Kris Jenner may be 61 years old, but she can certainly still give her glamorous daughters a run for their money! Thanks to Keeping Up with the Kardashians, we have an idea about how Jenner runs her household, and manages her kids. Kris Jenner easily keeps up with her daughters, Kourtney, Kim, Khloe, Kendall, and Kylie, who are always in the media. After all, it was “tough mama” Kris who showed them the ropes of living life in the spotlight!

Khloe Kardashian posted a clip of Jenner on her Snapchat account that has rapidly gone viral. In Khloe Kardashian’s Snapchat, Jenner is seen getting her hair washed with both legs in the air, and her head in the sink! Khloe can be heard saying, “This is how Tracy and Jacob wash my mom’s hair in my sink. Totally normal! But mom, why are your legs up?” Jenner starts to reply “I don’t know. I just….” before the clip ends. The whole scene is a riot and is totally worth the watch!

Also Read: 9 of the Hottest Khloe Kardashian Photos You Need to See

Kris Jenner is not ashamed of the cosmetic work she has had done. When asked about getting a facelift for Kim’s wedding to Kris Humphries, Jenner said, “I needed a little freshening up for the wedding. Just doing what a girl’s gotta do!” Such candidness is truly refreshing, though some say that Jenner did not need the work done.