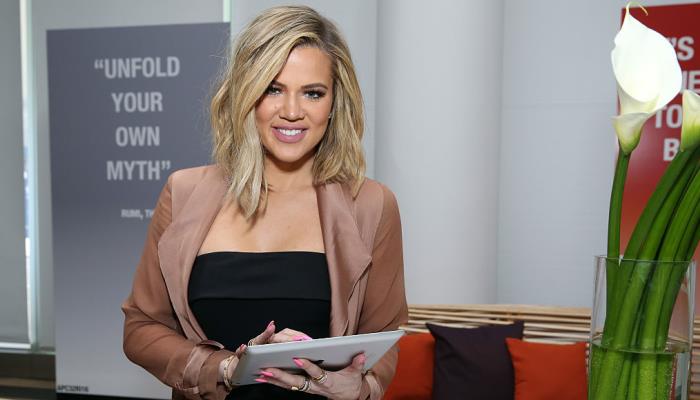 Who is Khloe K. dating now? Now that the Keeping Up With the Kardashians star has officially finalized her divorce from ex-husband Lamar Odom, that’s the only question on anyone’s mind. Since Kourtney has been the subject of dating rumors in the past, it’s no surprise that people may need more proof.

To answer your question, Khloe is currently dating basketball player Tristan Thompson! But who is Tristan Thompson and what have the latest young power couple been up to? Keep reading, because we have everything you need to know about the most-talked about couple.

Since Thompson is tall and athletic, it’s no wonder that he caught Khloe’s eye. Khloe and her family have a habit of dating talented and prominent men, since anything less find it hard to survive their fame. Thompson is 25 years old and was born in Toronto. He plays as a power forward (jersey number 13) for NBA Playoff champions, the Cleveland Cavaliers. And since the Toronto native has a net worth of $14.0 million, it’s safe to say that he may actually be able to keep up with this Kardashian after all.

As everyone knows, Khloe was married for years before finally filing for divorce in 2013 for the first time from Odom due to irreconcilable differences stemming from Odom’s own personal issues. But when Odom was admitted to the hospital, Khloe was there by his side, and in past episodes of her show, she has showed concern and friendship towards him. Now that Odom’s near-fatal overdose is behind them and the exes have reached a property settlement and all that’s left is for a judge to sign off. The only technicality left is that California law says that the couple won’t officially be divorced until December since it takes six months for the divorce to be finalized after the papers have been filed.

During her first divorce, Khloe was linked to musician French Montana but had been keeping it a secret from the family for a while— that was until they followed her one night. But as you can tell, things didn’t work out, leading them to go their separate ways.

Thompson has been dating Khloe for a short while now and so far every form of social media and tabloid has spotted the two flaunting their love and enjoying themselves. Whether they’re traveling to Miami or Mexico, Khloe and her new boyfriend can’t seem to hide from the press.

The ink on her divorce papers may not have dried yet, but Khloe made fans question whether she was headed down the aisle again. In her latest Instagram post, Khloe was seen flaunting a series of rings, along with Thompson’s. But it’s not what she may have led people to believe—she is not engaged and replied to her friend Joyce saying, “Don’t be crazy lol. [sic]”

It turns out that the Cleveland Cavaliers received their NBA Championship rings Tuesday night (6.5 karats, 400 diamonds) and Khloe was there as Thompson’s VIP guest. The Cavaliers won that night against the Knicks with a crushing score of 117 to 88. (Looks like Thompson had a very good day!)

The 32-year-old reality star’s romance with the 25-year-old NBA player has being going smoothly so far and Khloe is no stranger to being a basketballer’s girlfriend. (It’s surprising that she hasn’t been offered a slot on Basketball Wives.) Now things are looking serious with the not-so-single Khloe.

“Khloe has been spending a lot of time in Cleveland with Tristan,” a source tells People. “She’s very supportive of him, and they are getting serious. They really dig each other a lot, and she’s planning to spend more and more time out there with him.”

Khloe is expected to be in town supporting Thompson as he plays a home game this weekend.