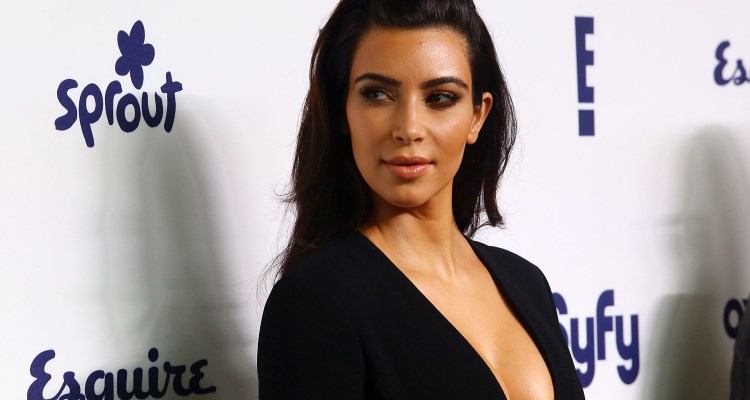 For a long time, it was considered inconceivable for the Kardashians, especially Kim, to stay out of the spotlight. A Kardashian staying out of the public eye was like a fish staying out of water! Many still think of the famous reality family as something you would see in an amusement park, and so far, that’s how it’s felt for the last nine years and 12 seasons. The idea of Kim being a real person was an impossible concept, even after her traumatic robbery in Paris.

The first time Keeping Up With the Kardashians temporarily stopped production, was right after the news broke that Kim was robbed by masked men at gunpoint in her private suite. The show’s network, E!, made a brief statement in the wake of Kim Kardashian’s robbery.

“Kim’s well-being is our core focus right now. No decision has been made as to when production will resume,” a network spokesperson told The Hollywood Reporter.

As everyone already knows, Kim was robbed in the early hours of October 3, when five thieves dressed up as police officers forcibly entered her Paris hotel room. The unknown men, tied up the reality star at gunpoint and locked her in the hotel bathroom. They ran off with $11.0 million in jewelry, leaving Kim “badly shaken” by the experience.

The incident is still being investigated, but since then, Kim rescheduled her Dubai makeup class and Kanye (who left the stage during his concert after hearing the news) rescheduled several dates of his Saint Pablo Tour, in order to take care of his wife. There is still no activity on any of Kim’s social media accounts and she has continued to keep a very low profile.

The good news for KUWTK fans is that the show has enough footage for the rest of the season, but the bad news is that Kanye’s recent hospitalization has once again halted any future production of the show at this time. The plan was to film through the holidays, but now that won’t be the case.

Last week, Kanye was taken by ambulance to UCLA Medical Center for psychiatric evaluation, and has since been hospitalized. According to sources, police responded to a call for a welfare check up for Kanye. At the time, he was at his trainer Harley Pasternak’s home and was reportedly “acting erratically.”

The hospitalization comes on the heels of Kim’s robbery in Paris, his verbal attack on power couple Jay Z and Beyoncé, and the abrupt cancelling of his Saint Pablo Tour. Many reports have stated that the 39-year-old rapper has been having dreams of Kim’s robbery and has been suffering a mental breakdown as a result of all the stress.

“That’s what made him worse,” a source told Us Weekly.“He didn’t want to be away from her … [The robbery] was just as hard for him, but he tried to keep going. He would never have canceled the tour unless things were bad.”

So far, Kim has stayed loyal to her husband, not leaving his side throughout his whole ordeal. The show has been postponed until further notice.