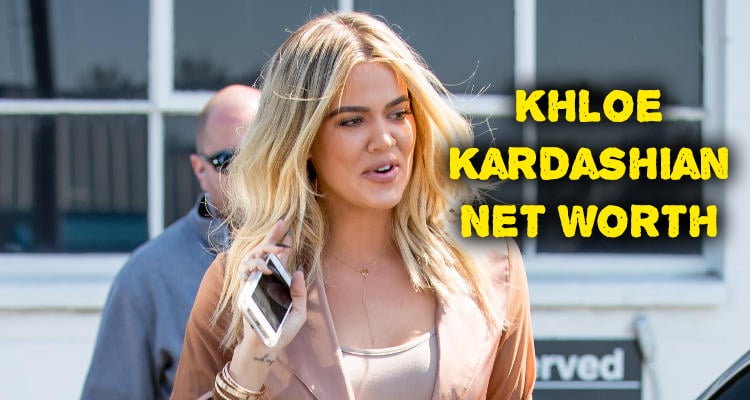 Keeping Up With the Kardashians star Khloe Kardashian is a force to be reckoned with. She’s not only a business woman and television personality but also a fitness pro with a figure that she works hard for. On KUWTK, she’s arguably the funniest and most down-to-earth sister, and she exudes a likeable personality that’s relatable, even if her multi-million dollar empire is far from ordinary. How much is Khloe Kardashian worth? If you’ve ever wondered this then look no further.

The Khloe Kardashian net worth is an impressive $20.0 million.

Here you’ll find everything you need to know about Khloe Kardashian net worth, salary, contracts, and promotion deals. We’ve also got the latest scoop on the net worth of the rest of her famous family.

Breakdown of the Khloe Kardashian Net Worth

Khloe was born in Los Angeles on June 27, 1984, to Robert and Kris Kardashian. If the name Robert Kardashian sounds familiar, that’s because he was the defense lawyer for football player O.J. Simpson during his murder trial, an event that was recently turned into a show. She went to Marymount High School, a Roman Catholic all-girls school, in Lost Angeles but ended up leaving to pursue home-schooling

Keeping Up with the Kardashians Fame

After her sister, Kim, made a sex tape with then-boyfriend Ray J that was leaked in 2003, the family rose to fame. They were approached by the E! Network to do a reality show, which proved successful and led to spin-offs like Kourtney and Khloe Take Miami and Khloe & Lamar. The show has been on air ever since and has been providing a steady paycheck for the whole Kardahsian clan. Khloe is estimated to be worth $20.0 million, which is the same as the Kourtney Kardashian net worth. Next up the ladder is the Kim Kardashian net worth, which is an estimated $40.0 million and includes the $10,000 she gets paid for just one tweet. Her husband is worth quite a bit more as the Kanye West net worth is an astounding $145.0 million. As for the rest of the Kardashian clan, they’re all in the millions as well. The younger two daughters of Caitlyn Jenner aren’t even 21 yet and are already making a killing: the Kylie Jenner net worth is reportedly $5.0 million, while Kendall Jenner net worth is estimated to be a whopping $12.0 million. The only brother in the family makes a sizeable amount as well and the Rob Kardahsian net worth is $3.5 million, while his new fiancée is worth a lot too: the Blac Chyna net worth is $3.0 million.

Things weren’t always peachy perfect for this Kardashian star. She has been embroiled in some pretty serious legal issues. Khloe was arrested for driving under the influence on March 4, 2007, and turned herself in a year later to do jail time after violating her probation. Although she was supposed to serve out 30 days in jail, she only lasted three hours as there was overcrowding.

Another controversy she was involved in was back in December 2011 when she was sued by a transgender woman who claimed Khloe and 10 other people violated her at a nightclub two years prior.

If you thought that Khloe only makes money from appearing on KUTWK with the rest of her family, you would be wrong. In fact, Khloe has made many different business ventures that have added to her already-big paycheck. Khloe is the author of a book, called Kardashian Konfidential that she wrote with her sisters in November 2010. She also has a unisex perfume called Unbreakable that she released with her husband back in February 2011. In addition to these book and fragrance deals, Khloe was also the host of The X Factor alongside Mario Lopez for its second season. However, it was reported that she wouldn’t be coming back for season 3. Another show she hosted was Kocktails with Khloe, a pop-culture themed show where she sat down with various famous personalities over cocktails to play games and talk. The show only had one season on the FYI cable channel and was later cancelled.

The 32-year-old reality star hasn’t had the easiest time when it comes to finding love. Although she has reportedly dated rapper French Montana and basketball player James Harden, her most significant relationship is the one she has with Lamar Odom. The NBA basketball player married Khloe on September 27, 2009, while he was a member of the Los Angeles Lakers. Although it seemed like things were going well for the newly weds, the relationship started to unravel. On December 13, 2013 Kardashian filed for divorce and the divorce papers were signed by both parties by July 25. Most recently, however, Odom was hospitalized after being found unconscious in a Nevada brothel, and since he was in a coma for four days, Kardashian withdrew her pending divorce petition to be able to make medical decision on Odom’s behalf. Sine then, Odom has been slowly recovering and the two continue to remain friends.