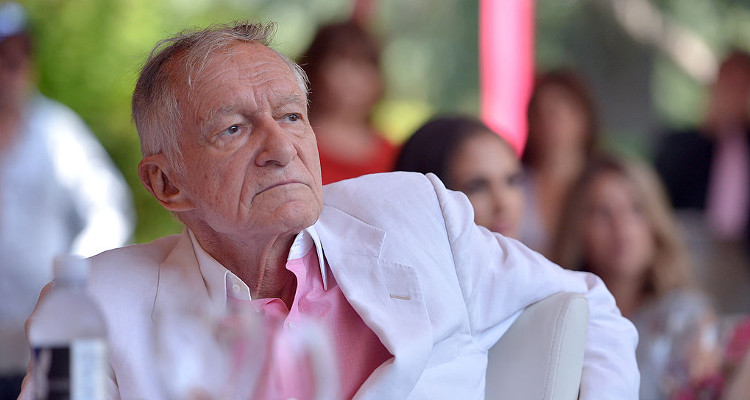 Hugh Hefner started the Playboy magazine in 1953 and forever changed the way women were portrayed in men’s magazines. He brought sexuality out in the open and started a business empire that runs even today. While others watched the commercialization of nudity, Hefner was actually setting the agenda for the same.

A controversial man all his life, he remained unrepentant about both his magazine and his personal life until his last breath. He leaves behind a net worth of $50.0 million and a brand that makes every man’s heart go faster!

Hugh Hefner is the man who liberated America’s sexuality. It’s a pretty tall claim, but if anyone has ever come close wearing this statement, it is the founder of Playboy magazine, Hugh Hefner.

Hefner was an American magazine publisher, editor, and businessman best known as the editor-in-chief and publisher of Playboy magazine, which he started in 1953. He was also the founder and chief creative officer of the publishing group who operates the magazine, Playboy Enterprises.

He passed away on Wednesday, September 27, 2017, at his home in Holmby Hills, Los Angeles, California. But how did Hugh Hefner die?

According to reports, Hugh Hefner’s cause of death was due to natural causes, and he died in his Playboy Mansion near Beverly Hills, California. Hefner was well-known all over the world over the last seven decades, thanks to his businesses and his own lavish, promiscuous personal life that seemed straight out of a man’s fantasy book. Here are some details from Hugh Hefner’s wiki.

Hugh Hefner was born on April 9, 1926, in Chicago, Illinois, to Grace Caroline and Glenn Lucius Hefner, both teachers by profession. Hugh Hefner’s age was 91 years at the time of his death.

Hefner often described his family as “conservative, Midwestern [and] Methodist.” After finishing his high school studies at Steinmetz High School, Hefner worked as a writer for a military newspaper in the U.S. Army for a couple of years during the World War II.

Later, he graduated from the University of Illinois at Urbana Champaign with a B.A. in psychology and a double minor in creative writing and art before studying sociology for a semester at the Northwestern University. Hefner dropped out soon afterward and started working as a copywriter for Esquire. However, all this while Hefner was dreaming of starting his own magazine, and in 1953 he took the plunge.

Hefner opted for a mortgage and secured a bank loan of $600. He also raised around $8,000 from 45 investors and launched the Playboy magazine with its first issue featuring Hollywood sex bombshell, Marilyn Monroe.

The first issue of Playboy sold over 50,000 copies, and Hefner never looked back again. His magazine became the emblem of the sexual revolution and advertised itself as such. Although many people over the years have called Playboy vulgar, Hefner always defended it as a barometer of America’s permissiveness.

At the time of his death, Hugh Hefner’s net worth was a cool $50.0 million, way down from a peak of $200.0 million during Playboy’s heydays.

Age Was Just a Number

Was Hugh Hefner married? Yes. In fact, he was married three times, with his first two marriages ending in a divorce.

Hefner’s first wife was Mildred Williams whom he married in 1949. The couple had two children named Christie and David. They divorced in 1959 after which Hefner went on to have countless affairs with women, including many of his magazine models.

In 1986, Hefner married the Playmate of the Year Kimberley Conrad, even though their age difference was 36 years. He had two sons, Marston Glenn and Cooper Bradford with Conrad.

His third marriage was with Crystal Harris on December 31, 2012, when he was 86 years old and Harris just 26 years. Although Hefner was active in philanthropy and often donated to charitable causes, the perception about his magazine overshadowed everything else.

With Hefner’s death, America has lost a controversial man who symbolized the American sexual revolution. He brought nudity out of the closet and provided a platform for men and women to live out the fantasy life they had dreamed of. May Hugh Hefner rest in peace.