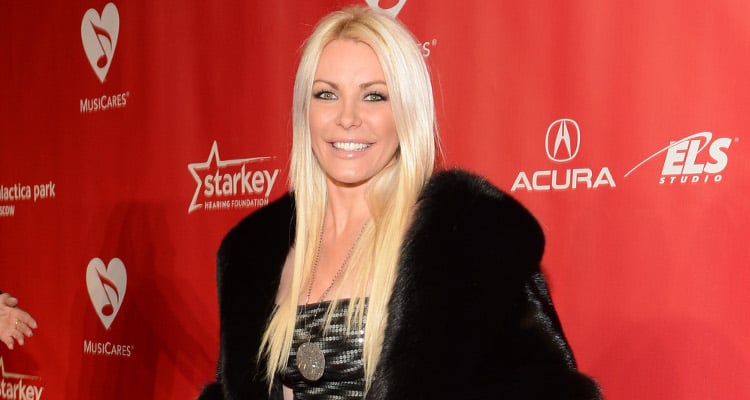 The world is currently mourning the death of Playboy magazine founder, Hugh Hefner, who died on Wednesday. He is survived by his three sons, daughter, and wife, Crystal Hefner. If you want to know more about Hugh Hefner’s wife, then take a look at our Crystal Hefner wiki.

There is sad news for the Hefner family as Playboy founder, Hugh Hefner passed away at the age of 91. The news was confirmed by the Playboy Twitter account, “American Icon and Playboy Founder, Hugh M. Hefner passed away today. He was 91. #RIPHef.”  A rep for the enterprise revealed that Hefner died from natural causes at the Playboy Mansion, and was surrounded by loved ones. He is survived by his four children, and third wife, Crystal Hefner. Learn more about Hugh Hefner’s wife with details from Crystal Hefner’s wiki.

Born on April 29, 1986, in Lake Havasu City, Arizona to Lee Lovitt and Ray Harris, Crystal Hefner’s age is 31. Her parents were British entertainers who worked at The English Village, an England-themed amusement park in Lake Havasu City. Once their daughter was born, the family moved to England for a brief period before going back to the United States, settling in California.

She attended La Jolla High School and graduated from San Diego State University, majoring in psychology. It was while in college that she got into modeling and was noticed by Playboy magazine.

Thanks to her singer-songwriter father, Ray Harris, she knew the ins and outs of the entertainment industry, and gained more recognition after becoming a Playboy Playmate. In 2008, during a Halloween party at the Playboy Mansion, Crystal Harris met Hugh Hefner. From there, her Playboy modeling gigs took off. She was Co-Ed of the Week on the magazine’s site during the week of October 30, 2008. In December 2009, she was the Playboy Playmate of the Month. From there, she had cemented her status as a Playmate, and even appeared in a season of The Girls Next Door, which showcased life at the Playboy Mansion.

She is not just beautiful, but is equally talented and has a great voice. In 2010, she signed with Organica Music Group, and her debut single, “Club Queen” was released on June 14, 2011. Two years later, she dropped, “True Harmony.” With all of her endeavors, Crystal Hefner’s net worth is estimated to be $2.0 million.

The model spread her wings in 2012, and used her creativity to co-design a line of swimwear with Australian designer Vanessa Bryce, the owner of Veve Glamour Swimwear. In 2014, Crystal Hefner released a range of “intimates, athleisure, and loungewear”  she co-designed with Rhonda Shear.

A post shared by Celebrity Weddings (@celebrityweddingsonline) on Dec 31, 2016 at 1:00am PST

Crystal Harris met Hugh Hefner in 2008, and the two started dating in 2009. They got engaged the next year, announcing it on Hugh Hefner Twitter account, “When I gave Crystal the ring, she burst into tears. This is the happiest Christmas weekend in memory.”

Though she called off the wedding only five days before they were to walk down the aisle, the couple reconciled and tied the knot on December 31, 2012.