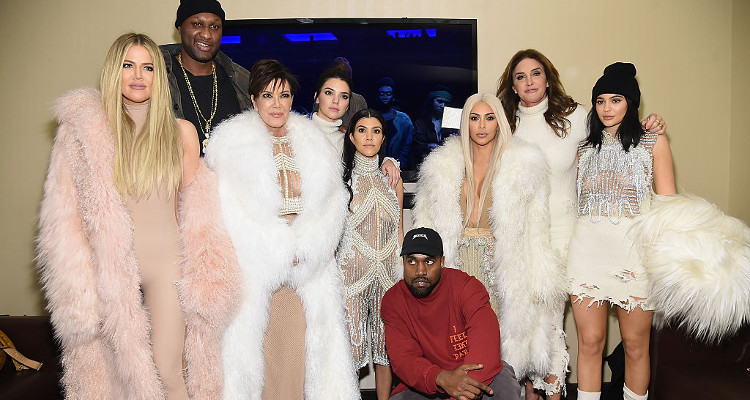 This week, Forbes published a list of highest paid reality TV stars. Guess who topped the list? Well, it goes without saying, but the Kardashian-Jenner clan brought in the maximum amount of money. How much did the Kardashian’s earn this year? Let’s take a look.

If you want to make your big break on television, we suggest starting your own reality TV show because, nowadays it seems that most reality TV stars earn more than Hollywood actors and actresses! The Kardashian and Jenner sisters are versatile in their business sense, from clothing lines, perfumes, cosmetics, tanning products, apps, novels, and their reality show, they surely know how to make themselves rich!

It comes at no surprise that Kim Kardashian has a large fan following, with everybody keeping tabs on her lifestyle and fashion. She also has an enormous business portfolio, which includes everything from video games, books, a how-to guide on taking the perfect selfie, and her emoji app. There’s no doubt that she could easily retire from the spotlight today and still not have to lift a finger for the rest of her life. About 40% of Kim Kardashian’s earnings come from her app, Kim Kardashian: Hollywood.

Kylie Jenner is Second with $18.0 Million

Earning $18.0 million is not bad for a 19-year-old who has already built an empire. The Kylie Jenner lip kit, and the rest of her Kylie Cosmetics is how the reality star made her income. There are rumors that she will be opening a Kylie Cosmetics store, too!

Kendall Jenner narrowly missed her younger sister’s income, however, it is not any less impressive than her other siblings’ earnings. Her $17.0 million comes from her modeling contracts with esteemed brands such as Estée Lauder.

Khloe Kardashian also earned a good amount of money due to her newly launched book, Strong Looks Better Naked, and her new denim line. Recently, she revealed that she will be starting her new show, Revenge Body next year.

We are not shocked that Kris Jenner earned $11.5 million this year, because her ideas and implementation of them is what got her family so far into the reality TV world. As their manager, Kris Jenner gets a certain percentage of cut from what everybody else is doing, and handles everything from booking their gigs to handling their schedules.

Not bad for the Kardashian sister who is more focused on her family life rather than having a business empire like her siblings. However, $10.0 million is definitely not a small amount by any means!

This was just one year’s worth of earnings for the Kardashian-Jenners. This will mean a definite rise in their net worth. The Kardashians alone brought in $122.5 million. These calculations do not include Blac Chyna, Rob Kardashian, or Caitlyn Jenner’s income. Apparently, they did not earn enough to make it on the list.