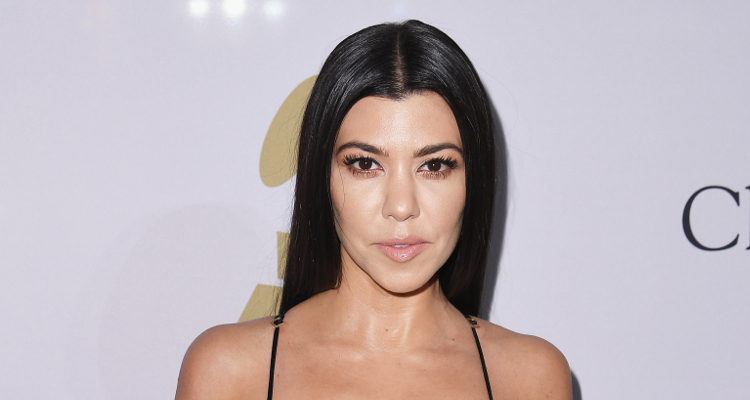 Although Kourtney Kardashian may be the most humble in the Kardashian clan, that does not mean her net worth is any less than the rest of the members. Kourtney ’s net worth is estimated to be $20.0 million. Let us find out more about Kourtney’s net worth, earnings, house and kids in the following article.

Recently, Kourtney Kardashian has been in the limelight because of her ex-boyfriend, Scott Disick. Season 13 of Keeping Up With the Kardashian trailer shows Scott claiming that he is addicted to sex. Fans thought all was well between Scott and Kourtney because lately they were spotted together. However, it looks like Scott has gone back to his old ways, because he was spotted getting cozy with a new girl. All this drama will definitely affect Kourtney’s net worth, the only difference is maybe her net worth will increase.

The total net worth of the entire Kardashian clan is $339.4 million. Not bad for a family who has earned fame due to reality shows and majorly because of Kim Kardashian’s sex tape. To date, Kourtney has lived a very peaceful life, despite being followed around by the paparazzi. She has handled her professional and personal life beautifully. Kourtney’s life in Keeping Up with the Kardashians has been the major contributor to her net worth.

How Much is Kourtney Kardashian Worth?

Kourtney went to a Roman Catholic all-girls school in Los Angeles known as Marymount High School. After completing her High School graduation, Kourtney moved to Dallas, Texas for two years to attend Southern Methodist University. After two years, Kourtney moved to Tucson, Arizona to pursue her Bachelor’s degree in Theatre Arts and a minor in Spanish from the University of Arizona.

Kourtney met her ex-boyfriend Scott Disick at a mutual friend named Joe Francis’ house party in Mexico. They started dating in the year 2006 and had an on-again-off-again relationship throughout the filming of the show. On December 14, 2009, Kourtney gave birth to their first child, Mason. The birth of her first son was aired on the 4th season of Keeping Up With the Kardashians. In the year 2010, Scott, Kourtney, their son Mason and Kim moved to Miami for some time. During their stay in Miami, Kourtney discovered that Scott had an alcohol problem. To fix this issue, Scott used to attend therapy and even gave up alcohol for sometime. Gradually, their relationship improved and they patched it up in 2010.

In the year 2011, Scott bought a ring and was planning to propose to Kourtney. However, Kourtney’s view on marriage was different than Scott’s, so he did not propose to her. Kourtney said, “If things are so good now… why would we want to change that?” On July 8, 2012, Kourtney gave birth to their second child, a daughter they named Penelope Scotland Disick. In June 2014, Kourtney revealed that she was expecting her third child with Scott. Their third child, a son they named Reign Aston Disick was born on December 14, 2014. Mason and Reign were born on the same day, different years!

People thought Kourtney’s relationship with Scott would increase over a period of time. However, in the past, Scott was linked with several girls and was even spotted getting cozy with one. Even Kourtney was spotted spending time with Justin Bieber. There were rumors that the mother of three was dating Justin, but those rumors didn’t last long. On July 6, 2015, it was revealed that their relationship was officially over. Kourtney takes care of their three kids Mason, Penelope and Reign.

Kourtney’s Life as a Reality Star

Since, Kourtney is the eldest daughter of Robert Kardashian, Kourtney witnessed the unwanted media limelight when her father was involved in the controversial public trials of O. J. Simpson’s murder case. After ten years, when she and her sisters Kim and Khloe had grown up, Kris Jenner made the decision for her family to star in the reality television series, Keeping Up with the Kardashians (KUWTK).

From the year 2003 to date, Kourtney has starred in the show alongside her sisters Kim and Khloe, her brother Rob, her mother’s ex-spouse Caitlyn Jenner, her mother Kris Jenner, and her step-sisters Kendall and Kylie Jenner. So far, with multiple reality TV spin-offs, Kourtney Kardashian has become an influential woman and also a top-earner in the reality television segment.

Besides starring in the reality show, Kourtney and her mother Kris, started a children’s clothing store known as Smooch in Los Angeles and New York. With her sisters Kim and Khloe, she co-owns D-A-S-H, a clothing store in Miami, Los Angeles and New York City and also a pop-up store in the Hamptons. In the year 2010, Kourtney worked on multiple projects like releasing a clothing line for Bebe, produced a sunless tanner known as Kardashian Glamour Tan and also wrote a book with her sisters named Kardashian Konfidential, the book was released in 2010.

The beautiful single mommy keeps up a healthy image and promotes it in support of all single mothers out there. Kourtney Kardashian’s endorsements include FitTea, Sears Style, and her own range of dietary and cosmetic products and PerfectSkin.

Kourtney bought a $7.45 million prime estate in the Calabasas neighborhood of California. Her house located in the Estates at the Oaks. The house was formerly occupied by pro-NFL player, Keyshawn Johnson. Spreading across 11,746 square feet, the Calabasas home has six bedrooms and seven baths. Other amenities in the house include a theater room, a spa, and a sauna room. The house and its four-car garage are situated on a 1.86-acre lot, including a large swimming pool. Her house holds up Kourtney’s collection of luxury cars, which include a Mercedes S500, and a white Mercedes-AMG SLS 500.

Kourtney Kardashian has transformed herself in a lot of ways. The mother of three is completely into workouts and makes sure that she does not miss it, even if she is on vacation. Now that season 13 of Keeping Up With the Kardashian is about to start, this will definitely increase her net worth more. Now that Kourtney’s relationship with Scott is on the rocks, we wonder if that will affect her net worth in anyway. According to sources, the feud has increased so much, that there are rumors that Scott said Kourtney also drinks a lot and was also addicted to drugs.