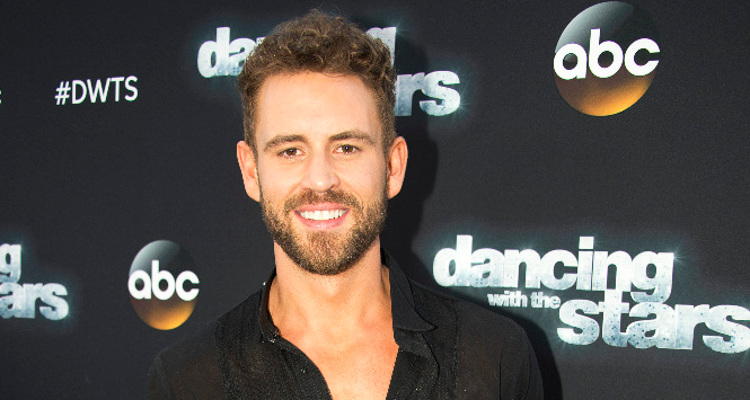 Dancing with the Stars is now in week four and each pair is working hard to improve their scores. But it looks like things are not going well for The Bachelor star, Nick Viall. There are rumors that his fiancée, Vanessa Grimaldi threatened to end her relationship with Nick! With everything reportedly going on in his personal life, fans want to know: is Nick Viall is still on Dancing with the Stars?

From boxers to reality stars, celebrities from all walks of life have graced the Dancing with the Stars stage, along with their professional dance partners.

Speculation is rife that The Bachelor winner, Vanessa Grimaldi, is threatening to leave Nick Viall if he does not help build her acting career. During the After the Final Rose special, Vanessa was criticized for being honest about their relationship when she said, “We have a very open relationship in terms of communication. We’re very honest with each other — I don’t sweep anything under the rug, neither does he. And it’s been hard.” Vanessa further added, “You know, we live in two different countries, [and we’re] starting a relationship where you don’t get the chance to see each other every day and do normal things. When we do see each other, it’s in a house. I love him, we love each other, but there are days that have been difficult.”

Nick’s Performance on Dancing With the Stars

When you've successfully made it to the middle of the week. ?? #DWTS #TeamBabyGotBach

However, fans of The Bachelor find the rumors difficult to believe, especially after last week’s (April 10) episode of Dancing with the Stars. Nick Viall’s moves were on another level after he shared that proposing to his bride-to-be was part of his most memorable year. At the end of Nick’s rumba with Peta Murgatroyd, he pulled Vanessa on stage and the two shared a passionate kiss on live TV. About his performance, Nick said, “I think it’s going to be a big week for everyone because it’s kind of everyone’s opportunity to talk about things near and dear to their heart,” adding, “No surprise for me, it was 2016 with being the Bachelor and most importantly, meeting Vanessa and finding love.” Even the judges were impressed with his performance and said this was Nick’s best so far on Dancing with the Stars.

Who Went Home on Dancing with the Stars?

Unfortunately, the eliminated pair last week on Dancing with the Stars was Mr. T and Kym Herjavec. Although it was a sad moment, Mr. T went home with utmost respect and a little bit of humor. So far, the three couples who have been sent home are:

Who Will be Eliminated in Week 5?

Although Nick Viall and Peta Murgatroyd amazed the judges with their performance last week, they still need work hard on their routines, unless they want to go home. Joining them at the bottom are Erika Jayne and Gleb Savchenko. Either couple can go home in tonight’s episode, unless they step up their game!

Dancing with the Stars will air tonight (April 17) at 8:00 p.m. EST on ABC. The theme for week 5 will be “Disney night” and all the performers seem to be excited about it. With performances to songs from Disney favorites like Mulan, Frozen, and Pinocchio, this is one episode you do not want to miss!