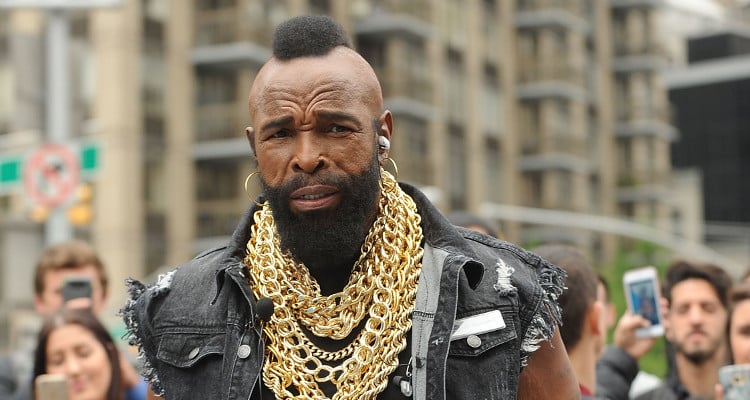 While Mr. T has been making some smooth moves on the dance floor on Dancing with the Stars season 24, there has been speculation on who his girlfriend is. Mr. T has been silent on the matter preferring to let his performances shine.

Ever since it was announced that Mr. T would be a contestant on Dancing with the Stars, people have become curious about his personal life. The 64-year-old actor and retired professional wrestler became famous for his roles as B.A. Baracus in the 1980s TV series, The A-Team and Clubber Lang, the boxer in the 1982 film, Rocky III. Now that he is on DWTS, people have been wanting to know more about him. Who is Mr. T dating? Known for his chains and tough-guy image, Mr. T is also very good at keeping his private life a secret. Though he seemed to be an unlikely candidate to show off his dancing skills, fans love that he is keeping up with other, more seasoned, dancers on the show.

Staying Out of the Limelight

???? Our life is always beautiful when #TeamDancinFools is around! #VegasNight #DWTS

Mr. T married Phillys Clark in 1971, whom he has three children with. They have two daughters named Erika and Lesa and a son is named Laurence Tureaud Jr. Not much is known about his ex-wife as Mr. T has tried to keep them out of the limelight. However, after Mr. T’s DWTS debut, the actor has been getting a lot more attention. His daughter Erika recalled her childhood, and how her father never really wanted her to be in entertainment. However, the budding stand-up comedian always wanted attention, despite the fact that her dad wasn’t fully supportive of her career choice. “He doesn’t want me to do entertainment at all, so he hasn’t come to any of my [stand-up] shows before but he’s aware that I do it,” she said, according to NBC.

Also Read: Val Chmerkovskiy Wiki: DWTS, Net Worth, Dating Timeline and Everything You Need to Know

Mrs. T Has a Fiery Temper

Phillys Clark has always had a hot temper. In March 1997, she allegedly rammed two police cars while attempting to avoid a speeding ticket! She was charged with fleeing and eluding police, reckless driving, and speeding, after being released from a hospital where she reportedly underwent a psychiatric examination. She was living with Mr. T at that time. Her daughter, also spoke of a time when her mother threatened to strangle her teacher after saying that Erika was not keeping up with her class!

Mr. T is a Good Sport

It was so fun dancing with @kymherjavec5678 and MR.T on @dancingabc ! Eye of the tiger GOLD! Can't wait to see your dance this week! ❤ #paso #mrt #kymherjavec #dwts #dwts24 #gold

Although Mr. T is impressing fans on Dancing with the Stars, he is finding it a bit tough to keep up with the other contestants, as he does not come from a dancing background. While no one can deny that he is entertaining and fun to watch, he struggles to keep pace with the other more experienced dancers on the show. However, Mr. T needs to be applauded for giving his all to his performances. His fans want to know who the lucky woman in his life is but, there is no confirmation on whether Mr. T has a girlfriend right now or not. Though there has been some news that he is planning to get engaged, there is no confirmation of whether or not it is true, or who the woman is. Mr. T himself has been silent on this issue, preferring to keep tight-lipped about his private life. We pity the fool who tries to invade his privacy!