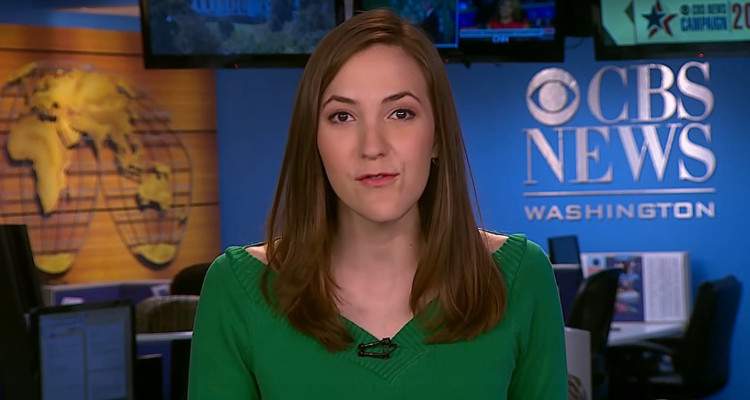 Betsy Woodruff has carved a path for herself in the field of political writing and reporting. Currently, she is working as a reporter for The Daily Beast. From a very young age, Woodruff had her mind set on becoming a journalist. So, it is not surprising that all her efforts have garnered a lot of success.

Woodruff closely covered the 2016 presidential campaign, including Robert Mueller’s investigation into Russian involvement in the election, and matters surrounding Congress.

She is currently engaged to Jonathan Swan. He is an Australian journalist working as a national political reporter in the U.S.

Many wonder if Betsy Woodruff’s parents are Judy and Bob Woodruff because they share the same last name.

Find out the answer to that mystery and more with details from Betsy Woodruff’s wiki!

Betsy Woodruff was born on October 31, 1989. She hails from Purcellville, Virginia, but currently resides in Washington, D.C. She reportedly stands at 5’5 ½”.

In 2008, Betsy Woodruff started her freshman year at Hillsdale College, where she graduated four years later with a degree in English.

She was also enrolled in her school’s Dow Journalism Program and worked as a copy editor, reporter, and City News editor for The Hillsdale Collegian.

Woodruff’s heavy involvement in the journalism program won her several awards, including one from the Michigan Press Association.

Woodruff has family in her hometown of Purcellville, Virginia, who support and love her immensely.

Her mother, Jane Tharp Woodruff, is from De Soto, Missouri. She used to work as a bookstore assistant at Patrick Henry College Bookstore.

Jane studied marketing at the University of Missouri and is currently a homemaker. She walked down the aisle with Scott Woodruff on July 9, 1983.

Woodruff’s brother, Chris Woodruff, works as an executive director at Life Raft International. He currently lives in Bangkok, Thailand, with his family.

Woodruff also has a sister who goes by the name Jane Woodruff. She works at Dunlap Bennett & Ludwig and resides in Leesburg, Virginia.

Woodruff is not yet married but will soon be walking down the aisle with Jonathan Swan. Swan popped the question to Woodruff on March 10, 2018.

Woodruff was so over the moon that she posted the news about her engagement on Facebook with the caption: “I’m going to get married to this guy.”

Who Is Betsy Woodruff’s Husband-to-Be?

Betsy Woodruff’s husband-to-be, Jonathan Swan, is an Australian journalist. He is currently working as a U.S. national political reporter for Axios.

His father, Norman Swan, is a journalist and a radio producer.

Jonathan Swan covers the Trump presidency and Republican leaders on Capitol Hill. He has also appeared on some news shows like Morning Joe, PBS NewsHour, Hardball with Chris Matthews, and Special Report with Bret Baier.

Before he started working at Axios, Swan was a national political reporter for The Hill, which is a Washington-based political newspaper.

Woodruff and Swan have yet to publicly confirm their wedding date, but a registry dedicated to their pending nuptials can be found on The Knot.

While she was still a student, Woodruff wrote for the Washington Examiner, the Toledo Free Press, and National Review.

In 2011, Woodruff started her internship at the Washington Examiner. And after graduating from Hillsdale in June 2012, she received the William F. Buckley Fellowship from the National Review Institute. She worked there for two years.

Woodruff later began working with the Washington Examiner, where she continued writing about politics.

Currently, Betsy Woodruff’s a Daily Beast political reporter. She started working there as of March 2015 and covers federal law enforcement, immigration, and the justice department.

As a political reporter, Woodruff has covered various topics ranging from campaigns to Capitol Hill. Her strong stance on these subjects allowed her to appear on Fox Business and MSNBC.

Since she is working as a Daily Beast reporter, it can be assumed or estimated that Betsy Woodruff’s salary is somewhere between $69,000 and $75,000 per year based on numbers provided by sources.

Many people are curious to know if Betsy Woodruff is related to Judy Woodruff, possibly because of the common last name they share. However, the two women are not related to each other.

Judy Woodruff is a television news anchor, writer, and journalist, who has worked for several TV networks such as CNN, PBS, and NBC. She is currently the anchor and managing editor of PBS NewsHour.

The broadcast journalist co-founded the International Women’s Media Foundation (IWMF) in 1990, and now serves on the advisory council. She is also a member of the Council on Foreign Relations.

Again, because of the same last name, people also wonder if Bob Woodruff and Betsy Woodruff are connected to each other. But that’s not the case.

Robert Warren Woodruff, who is famously known as Bob Woodruff, is an American TV journalist. Throughout his career, Bob Woodruff has worked for different networks like CBS News and ABC News.

In 2006, he was severely injured by a roadside bomb while covering the war in Iraq. His amazing recovery inspired The Bob Woodruff Foundation, which offers financial support and resources to programs for veterans and their families.

Though Betsy Woodruff is not related to the veteran anchors, she undoubtedly holds them in high regard.

Betsy believes that it is important for young people to treat others in the same field with respect and dignity. Especially those with more experience who have worked in the industry for a long time.

With that attitude, Betsy Woodruff is sure to have continued success in her career as a reporter.