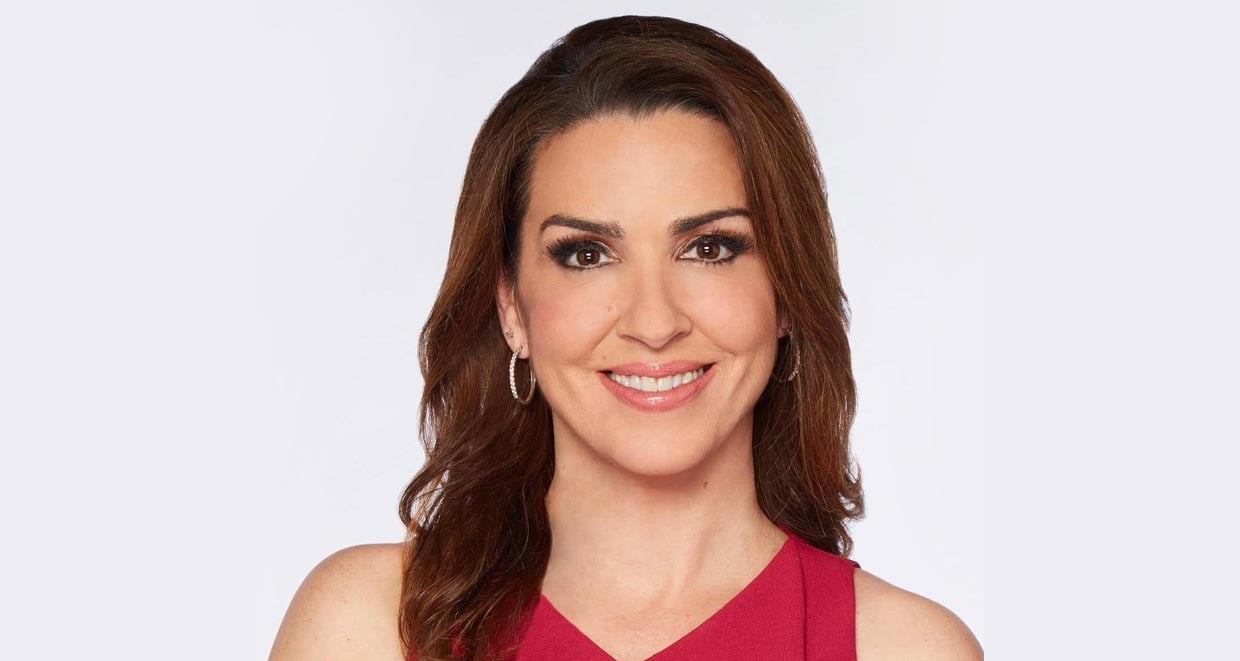 Sara Carter is a famous, award-winning investigative reporter, who is known for her work as a senior national security correspondent for Circa News, among many other media outlets. Since her time on the air, many have grown interested to learn more about the current Fox News contributor. Take a look at our Sara Carter wiki for all you need to know.

Sara Carter has carved a path for herself in the field of reporting. She is a thespian who studied at the London Academy of Music and Dramatic Art. However, instead of going down the artistic road, Carter pursued her passion for journalism and is now a big name in the news world.

Sara Carter is a very private person. There are no details given about Sara Carter’s age, except that she celebrates her birthday on May 31. Since the year is not mentioned, it is difficult to determine her exact age.

Carter mostly grew up in Saudi Arabia and she has traveled to Mexico, Africa, the Middle East, and Europe. She speaks Spanish fluently. Growing up, she attended Lutheran High School located in La Verne, CA.

Carter is the daughter of a Cuban immigrant mother, and her father was a United States Marine veteran who served in two wars. Carter has three sisters; one of whom (Monique L. Griffith) attended the University of Nevada, Reno.

She also has a brother named Pierre A. Rodgers; he studied at Mt. SAC and currently works as a United States Air Force Retired and Military veteran. Pierre married Johnna Zimmer Rodgers in 1980. 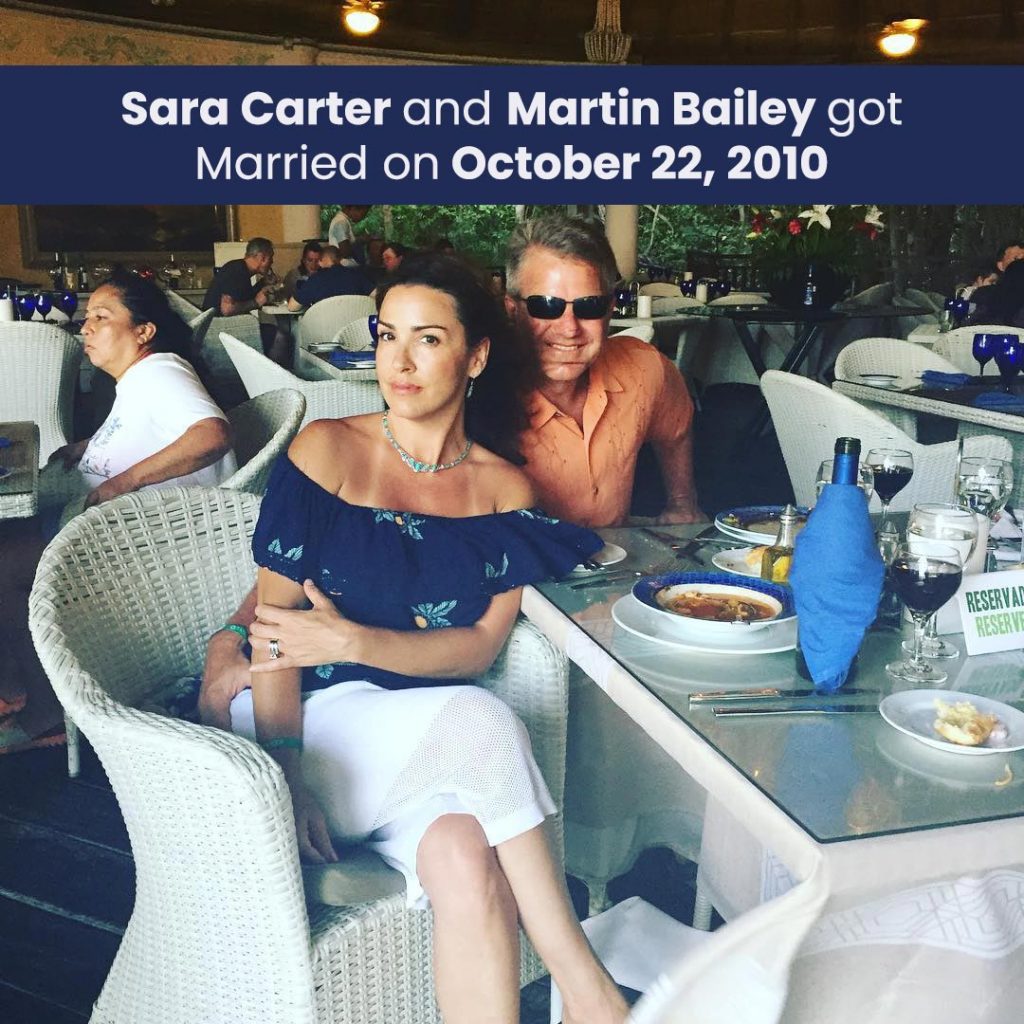 Sara Carter and Martin Bailey married on October 22, 2010. According to Bailey’s Facebook page, he made his relationship “social media official” on June 23, 2010.

Bailey worked for the United States Army and in 2011, while he was deployed in Afghanistan, was blinded during battle.

A grenade exploded above his head during a firefight. Consequently, he cannot perceive light or shapes, just a “velvety blackness—a tunnel with sounds and voices” surrounding him.

Bailey returned home from rehabilitation in Northern California, and despite his blindness, he (with the help of a friend and his brother) constructed a bedroom, bathroom, and also a playroom for their children.

Carter and Bailey have two children together, a daughter and a son. Their daughter Analiese is nick-named “Demando Commando” and their son’s name is Benjamin. 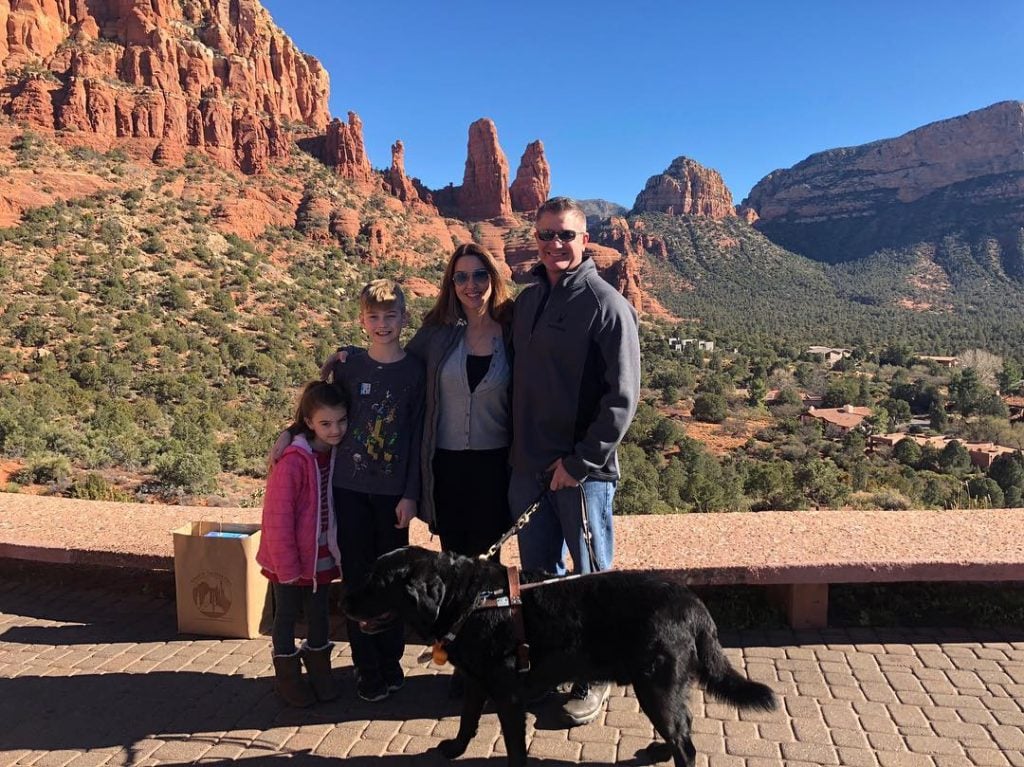 Sara Carter and her husband, Martin Bailey with their kids, Analiese and Benjamin at the Chapel of the Holy Cross in Arizona. Credits:Instagram/scarterdc

Currently, Carter lives with her family in Washington, D.C.

In March 2002, Carter started working as a Senior Reporter with the Los Angeles News Group. She worked there for five years and two months. After that, Carter joined The Washington Times as a National Security Correspondent. She worked there for three years and one month, during which she spent most of her time traveling and covering the war on terror in Afghanistan and other parts.

Carter then started working as a National Security Correspondent with The Washington Examiner in February 2010. Throughout her three years there, Carter was a War Correspondent who was deployed to Pakistan, the Middle East, Afghanistan, and also in North Waziristan, South Waziristan.

For two years and one month, Carter was a Senior Reporter at TheBlaze. She broke several national and international stories. Additionally, she produced many episodes on ISIS and National Security Series.

For seven months, from May 2016 to November 2016, Carter worked as Senior Correspondent with Circa. In December 2017, she started working as a Fox News Contributor and Investigative Reporter at Darkwire Inc. and Fox News.

Throughout her career, she covered a number of stories ranging from terrorism to national security and immigration, as well as front-line coverage of the wars in Iraq and Afghanistan.

Moreover, she also wrote several exclusives for the U.S. News World Report, Arutz Sheva in Israel, and USA Today. Carter also has her website, where she posts all the stories she’s covered.

Carter covered stories across the U.S.-Mexico border, which led to a new path in national security-related stories. Her work helped uncover narcotics trafficking routes, secret tunnel systems, and the participation of Mexican federal officers in the drug trade.

Carter has achieved a lot in her career on the frontlines of world news. She has appeared on several national news and radio shows while also making guest appearances on news networks like BBC International, Fox, C-Span, and CNN. Her work gives her the advantage to interview heads of states and foreign officials.

Since 2008, she has lived in Afghanistan and Pakistan for a total of over seven months. She even spent days with troops on the Afghanistan border while being shot at by Taliban insurgents hiding in the hillsides.

Her Work Led to Her Winning Several Awards

At the Washington, D.C. SPJ Awards, her work on Afghan women and children addicted to opium won her first place.

Carter received her first National Headliner Awards for “Jamie’s Story,” which follows a child who was born into the Mexican mafia in Southern California.

In 2006, she was awarded the second National Headliner for Beyond Borders, a multi-part series. The project emphasized on investigations about national security concerns and immigration along the Southwest border.

In fact, she was awarded the 2006 Eugene Katz Award from the Center for Immigration Studies for her detailed investigation on immigration.

That same year, she received the California Newspaper Publisher’s Association Freedom of Information Act Award for her story about millions of federal dollars squandered by local school districts.

In 2008, Sara Carter won the Society of Professional Journalists nationally recognized Sigma Delta Chi award for a multi-part series that disclosed the harshness of the Gulf and Sinaloa Cartel war.

Sara Carter Was in the News for a Hacking Incident

On January 22, 2018, both Carter and Sheriff David Clarke’s Twitter accounts were hacked by Turkish Nationalists. The now-deleted tweet after the account was hacked read, “Your account is hacked by the Turkish cyber army AYYILDIZ TIM! Your DM correspondence has been captured and interesting information has been reached!

Nonetheless, Sean Hannity continues to introduce Carter as an “investigative reporter” during her frequent appearances on The Sean Hannity Show.