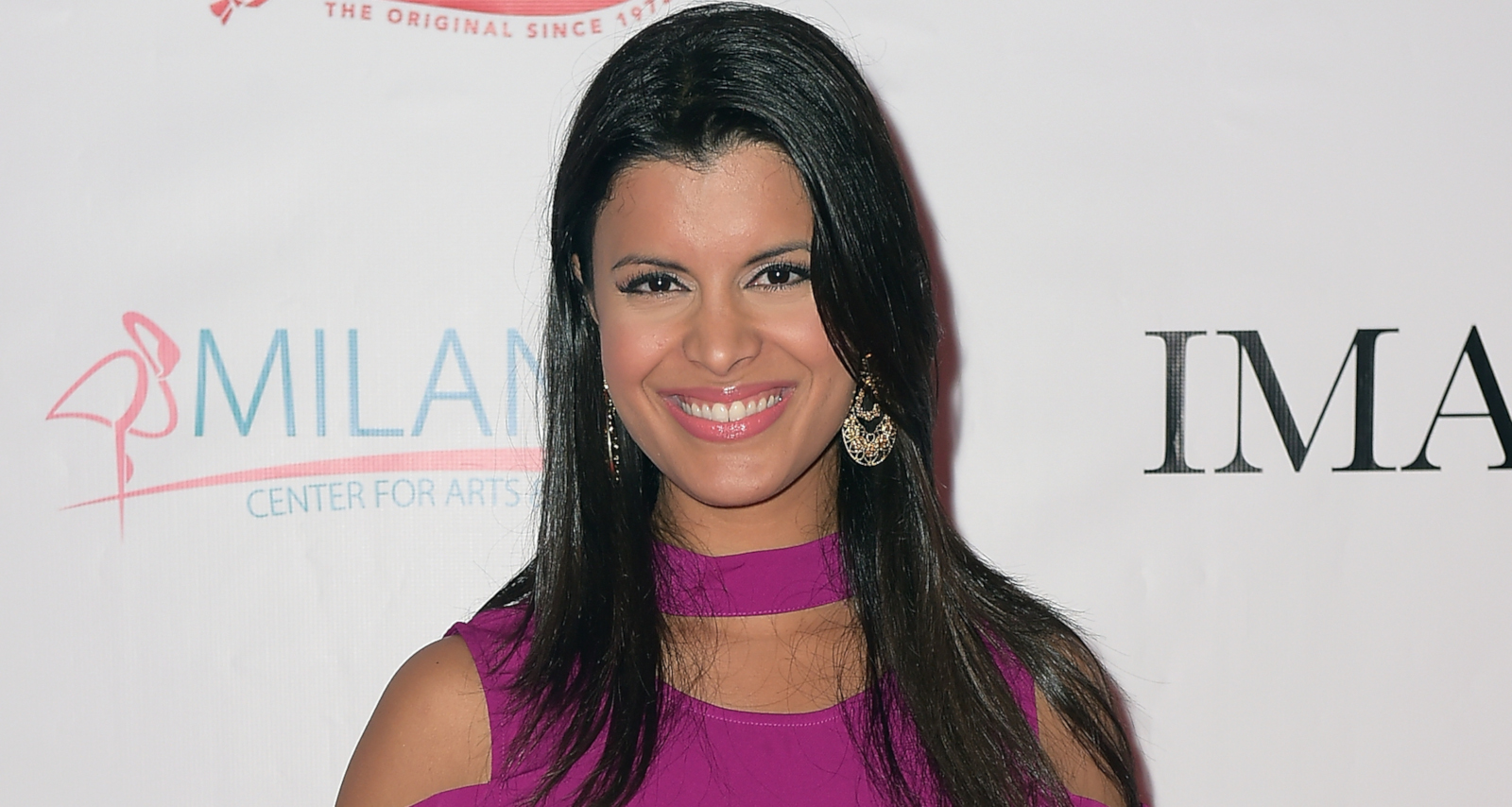 Roxanne Vargas at the Milander Center for Arts and Entertainment on November 11, 2017 in Hialeah, Florida. (Photo by Gustavo Caballero/Getty Images for Hialeah Series)

Roxanne Vargas has been bringing the latest news from the world of entertainment and lifestyle to the city of Miami for years on NBC’s Miami-Fort Lauderdale affiliate station, WTVJ. The anchor of NBC 6’s 6 In the Mix is a major presence in the local community for her amazing work. Our Roxanne Vargas wiki will spell out just why there’s so much to love about this talented journalist.

Roxanne Vargas was born on January 23, 1984. She’s a thorough South Floridian who grew up in Miami.

She graduated from Monsignor Edward Pace High School in 2002. She went on to acquire her bachelor’s degree in broadcast journalism from Florida International University.

Vargas is very active in the South Florida community and uses her platform and fame to do her bit for her beloved city. Together with writer Maruchi Mendez, Vargas published the book 100 Things To Do in Miami Before You Die (2014), giving readers an insight into Miami’s rich culture.

Outside the studio, Vargas is famous for winning Dancing with the Stars of Broward, which benefited The Pantry of Broward. She’s also a board member of the Girl Scouts of Tropical Florida and was honored with a community leadership award by the Girls Scouts of Southeast Florida.

Roxanne Vargas Anchors 6 In the Mix on NBC 6

The Miami native joined the NBC News family in 2003 and in 2006, rose to the news team of NBC 6, the Miami-Fort Lauderdale affiliate station. Vargas previously worked for the Spanish-language Telemundo affiliate in Miami, WSCV channel 51.

At NBC 6, Vargas rose to prominence dishing lifestyle and entertainment news on the midday broadcast 6 In the Mix ,which began in 2012. She also hosts a similar show in Spanish, Acceso Total, on Telemundo 51.

Previously, Vargas was a co-anchor of Live Miami at 11. In 2018, she replaced Sharon Lawson as the weekend morning anchor.

Vargas has won five Emmy Awards for her outstanding reporting. She was also voted “Best TV Host” by the Miami New Times in 2012. In 2014, she joined the likes of Brooke Shields, Demi Moore, and Maria Shriver when she was inducted into Donna Karan’s Women Who Inspire Program.

Vargas is married to Danny Rodriguez, a senior graphics producer at NBC 6. Florida native Rodriguez graduated from Westminster Christian School in Miami in 1997.

He acquired a Bachelor of Science in computer animation from the Art Institute of Fort Lauderdale in 2002. He then worked in the graphic design departments for NBC Universal and Telemundo up until 2018.

Along with his regular work at TV stations, he’s currently a designer for Monat Global and Rock 4 The Rack, production artist for Hogarth Worldwide, and art director for Oceanic Ad Media Group and Penilican Pictures.

Her pregnancies and motherhood have been part of segments for 6 In The Mix. She produced a story on prenatal yoga classes when she was pregnant with Julian. She also dressed up as an oven to announce her second pregnancy on air.

Roxanne Vargas is passionate about a number of issues, especially LGBTQ rights. She’s a vocal supporter of the LGBTQ community and a regular presence at Pride events.

She missed the local Pride Parade when her son was born, but in 2015, she hosted the VIP cocktail reception, Soiree by the Miami Beach Pride, and in 2018, was the Miami Beach Gay Pride Ally Grand Marshal.

What a special day, what an incredible week celebrating the 10th @miamibeachgaypride !!! I am in awe by your love and support and know I love and support you right back. Remember that our words and actions matter, so let’s all care of each other. We all check the same box: human. Thank you for this incredible honor! Happy Pride! 💙🏳️‍🌈😘 #Ally #allygrandmarshall #unity #love

For her support of the local LGBTQ community, Vargas was honored with the Pink Flamingo Award for Favorite Media Personality and the Ally Award by the Aqua Foundation for Women.