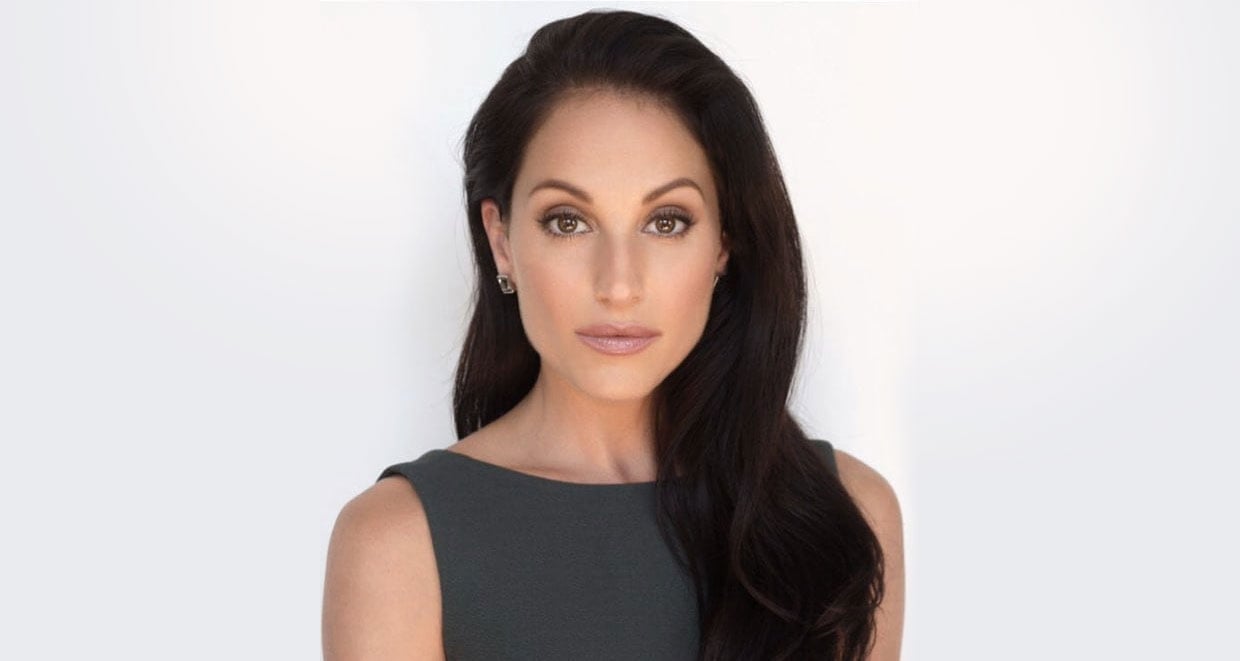 If you’re a regular viewer of Fox News Channel, chances are you’ve seen Emily Compagno. The smart and charismatic correspondent has kept viewers engaged with her in-depth coverage of sports, business, and legal news. It’s no surprise that Compagno has earned a legion of fans who want to know about her beyond the news studio. So our Emily Compagno wiki serves as the perfect primer on this remarkable journalist.

Emily Compagno Has a Diverse Ancestry

She has some very prominent members in her family to be proud of, including her great-grandfather, William Harry Bertsch, who earned a Silver Star during World War II. Emily’s middle name “Rose” honors William Bertsch’s wife and Emily’s great-grandmother.

What a sweet, wonderful surprise by my @thefivefnc family!💗I couldn’t be more grateful to share my birthday eve with this incredible team. A shared adventure is a better adventure, as it’s said – and believe me, this is the greatest adventure to be on.⭐️ With all my gratitude to you viewers & everyone who shares my adventure with me- thank you! 💗🥂 Xoxo Em ⭐️⭐️⭐️⭐️⭐️

Even cooler is Emily’s great-great-aunt Lou Lorenz, who was an anesthesia nurse for emergency field surgeries in the U.S. Army during World War II. Emily wrote about her service on the frontlines with great pride in an Instagram post.

The brutal #BattleOfTheBulge began my Great-Great-Aunt Lou Lorenz’s active US Army service following the troops at the front lines of the Western Front of Ardennes in WWII. 🇺🇸 She was an anesthesia nurse for emergency field surgeries, and followed the front lines during the entire battle from 16 December 1944- 25 January 1945. ⭐️ I’m so proud to be her family- she was a brave woman who witnessed dreadful combat, and saved lives while comforting many others. ♥️ On this day, 75 years later, I honor her and all men and women who served the cause of freedom in World War II, and the families of those who made the ultimate sacrifice in doing so. 🇺🇸 May they all Rest In Peace, and the families left behind find comfort in their heroism.♥️ #BattleOfTheBulge75 #WesternFront #WWII #WorldWar2 #USArmy #ArmyNurse #SupportOurTroops #SupportOurVeterans #WorldWarII @usarmy @foxnews

Emily’s mother has prominently authored books on their family’s rich history. Not much else is known about her family. However, it appears her parents have separated and filed for divorce.

Natalie Compagno has traveled to 85 countries and writes for several international travel publications. She owns Traveler’s Bookcase, which is a famous travel bookstore located in Los Angeles. Her husband, Greg, helps her run it.

She also writes for a blog called My LA Lifestyle, which covers entertainment, art, style, and other things. Emily and Natalie Compagno were featured on the Travel Channel’s Top Secret Swimming Holes, in the episode titled “Spain Splashdown.”

Julietta Compagno Skoog is the co-founder of Sproutable, a website focused on supporting parents to raise remarkable kids. She is married to Jon Skoog and the couple has two daughters together, Josephine Harper Skoog and Violet Avery Skoog.

Inclined towards dancing from the age of three, a young Emily Compagno had a brief career as a cheerleader. While Compagno was working as a criminal defense attorney near San Francisco, she joined the Raiderettes, the cheerleading squad for the Oakland Raiders, and was later the squad’s captain.

The Final Game.☠️Today is the last Oakland Raiders game the Silver & Black will play in the Oakland Coliseum.🏴‍☠️My blood, sweat, & tears are on that field- alongside those of my Raiderette sisters & Raiders Legends.🖤I hold infinite gratitude for those special individuals who inspired and shaped me throughout the years, who encompass a community of which I’m honored to be a part.🖤Karen Kovac, you are my world. Laura & Shawna.🖤My Raiderette sisters: Ride or die.⭐️My family: My #1 fan mom who got season tickets year after year, taking amazing photos & cheering along with the Black Hole at a stadium only the brave dared enter.🖤My sisters, one of which among the few to have been ejected from the stadium (like I said. Ride or Die), my dad, my brothers in law.🏴‍☠️My Raiders family: Years and eras agnostic, all of us together traveling the world, back in time to honor tradition while creating our own priceless experiences & memories.🖤Raider Nation☠️: It’s you who made us all- we wouldn’t be here if it wasn’t for you. Thank you for the pride and the honor. It’s been only both.🖤🖤🖤🖤🖤It’s impossible to capture or convey a soul of a Nation & years of The Best in words- I can simply state it was saturated with joy and life and dreams.🖤If you’re ever in Oakland, pull up a chair. I have a ton of stories – ones that will last a lifetime.☠️Raiders are a timeless team- but for all of us, it will forever be the time of our lives. Raider Nation. Forever. ☠️🖤🖤🖤🖤🖤🖤🖤🖤🖤🖤🖤🖤🖤🖤🖤🖤🖤🖤🖤🖤🖤🖤🖤🖤 #OaklandMemories #OaklandRaiders #RaiderNation @raiders #raidernation4life #BlackHole #RideOrDie #510akland #Raiderettes #OaklandRaiderettes #Captain #SilverandBlack #PlatayNegro #Malosa #Maloso #JustWinBaby #Commitmenttoexcellence #Al #LasVegasRaiders #HellsBells @raiderettes #FootballsFabulousFemales #AutumnWind #TheAutumnWind #RaidersLegends #Legends #AlDavis #ThatsOaklandBaby #BlowTheWhistle #BayArea #NorCal

She served as one of four NFL cheerleaders who got the chance to represent the NFL for the launch of NFL China in Beijing and Shanghai, China. Compagno even visited the troops throughout Iraq and Kuwait, performing on an NFL military tour.

Compagno Had a Legal Career

A year before she became a Raiderette, she had passed the California Bar and worked as a criminal defense attorney at a San Francisco law firm. Following her education, Compagno completed an internship for Judge John Noonan of the United States Court of Appeals for the Ninth Circuit.

She also worked as a civil litigator and later landed a position as a general attorney at the Social Security Administration between 2010 and 2014.

With everything on her plate, she still found time to devote to good deeds. She’s volunteered to work with orphans in Malawi, Zambia, and Uganda while dreaming of becoming a legal analyst for a news network.

Compagno Is a Correspondent on Fox News

With that diverse background, Compagno achieved her dream job as a legal analyst on Fox News Channel. Her knowledge in multiple subjects not only makes her a good on-air legal analyst but also an engaging correspondent in sports and business news.

She often appears as a guest commentator on the Fox News Channel and Fox Business Network. She offers sports, business ,and legal analyses for several national networks and local television stations.

When she was working as a reporter, Compagno covered PAC-12 sporting events. She hosts professional sports features and Fanspeak segments, and she’s a contributor to sports magazines.

Compagno Is Married to Peter Riley

The charismatic correspondent eloped with her now-husband, Peter Riley, in a destination wedding featuring just the two of them. Their wedding at the gorgeous Hotel Villa Cimbrone in Italy was on September 13, 2017, sans family and friends.

Emily and Peter met as teens two decades before they’d marry. They had separated in their youth but reconnected as adults when they ran into each other in Seattle. Four years into their rekindled relationship, they married in 2017.

Their intimate wedding was planned as a nod to their Italian roots. A wedding photographer documented their special day, which looked beyond perfect.

Riley keeps a low profile and his occupation is a mystery. He’s reportedly based in Seattle, but not much else is known about him.

I've been married one day and my husband leaves his ring in the hotel room 🙄 pic.twitter.com/8Cdmego9Qq