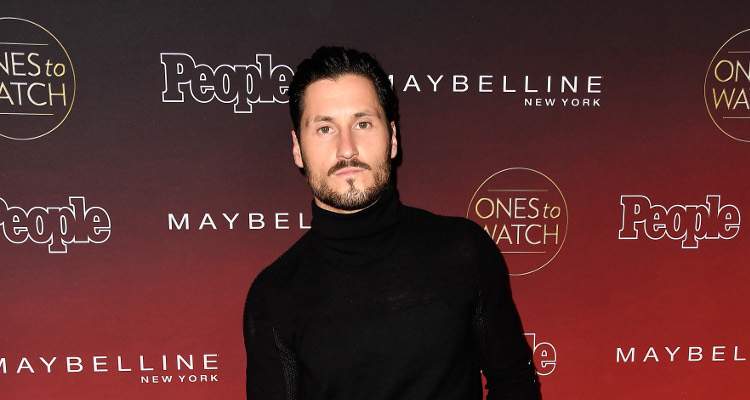 With season 25 approaching its end, the anticipation is building and fans can only guess who will take home the Mirrorball Trophy. Well, Val Chmerkovskiy and Victoria Arlen are definitely strong contenders!

Halloween Night turned around the usual leaderboard standings. Frankie Muniz finished in first place, followed by Drew Scott and Victoria Arlen. With every passing episode, the pressure increases and the performances are getting better. Everyone’s been making wild guesses about season 25’s winner. Owing to his brilliant choreography this season, Val Chmerkovskiy on Dancing with the Stars is a strong contender. While you’ve seen his jaw-dropping performances as a dancer, we have a few interesting details about him as a person. Keep reading our Val Chmerkovskiy wiki to know more!

Also Read: Victoria Arlen and Val Chmerkovskiy on “Dancing with the Stars” 2017: Inspiring Many along Their Journey

How Old Is Val Chmerkovskiy?

His older brother, Maksim Chmerkovskiy, is also a professional dancer, who he competes against on DWTS. Their family moved to the United States in 1994. Two years later, along with their father Sasha, Maksim opened a youth-oriented dance studio in New Jersey, where Val was a student. He and his partner, Diana Olonetskaya, became the first American dance team to win a World Junior championship title in 2001.

Now, Val is also a co-owner of nine ‘Dance with Me’ social dance studios. Six of them are located in the New York metropolitan area, while the other three are in Summerlin, Nevada, Southlake, Texas, and Woodlands, Texas.

Val Chmerkovskiy’s net worth is estimated at a whopping $5.0 million. Apart from being a professional dancer, he is also an accomplished violinist, rapper, and ‘Dance with Me’ studio co-owner. Maybe it’s true that if you follow your passion, the money will follow!

Jenna Johnson has been Val Chmerkovskiy’s girlfriend since early 2017. She is also a pro dancer on Dancing with the Stars. The couple in 2015 met during his dance show Sway, and have been on and off since then. However, they seem to be stronger than ever now.

With over one million followers, Val Chmerkovskiy is extremely popular on Instagram. Lately he’s been posting a lot about his journey on Dancing with the Stars 2017.

I’m so proud of you and everything you’ve accomplished this season. I lost perspective last week, forgetting how difficult this whole thing is for you. I told you from day 1 I don’t have all the answers “Wed be figuring this out as we went. Together. One step at a time.” I want to take this time and thank you from the bottom of my heart for your patience with me. Your relentlessness, heart, and love you put into every step. Every. Single. Day. Always grateful always kind. Thank you Arlen, you’re a gem! I appreciate you dearly. #teamViVa #DWTS

We’ve all seen Val work his magic on stage. His performances are undoubtedly incredible, but he’s up against a ton of talent this season. Everyone’s going the extra mile, so we can only wait and see if he manages to mesmerize the judges and fans enough to get the votes to stay! Tune in tonight to catch more of Val Chmerkovskiy on Dancing with the Stars on ABC, as all the action starts at 8:00 p.m. EST!