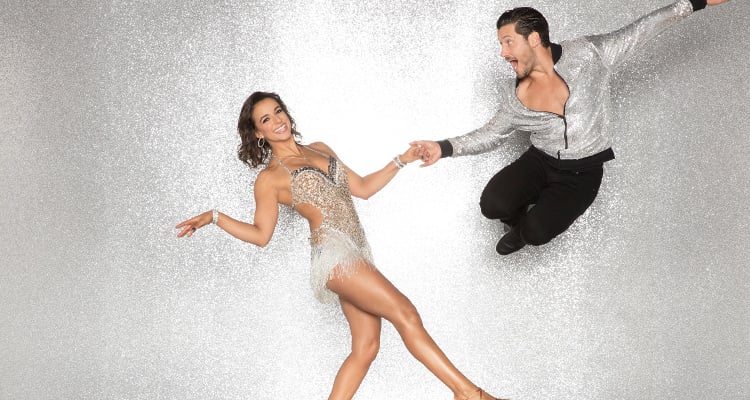 Val Chmerkovskiy and his partner Victoria Arlen created quite a buzz on the Dancing with the Stars premiere. Their respectable week 1 score of 19 out of 30 and their hot pink outfits put them under the spotlight. There’s a lot more to this dynamic duo so, be sure to read on for some real inspiration.

Born on September 26, 1994, Victoria Arlen is currently a television personality for ESPN. She is also a speaker, actress, and a former American Paralympian swimmer.

At the age of 11, Arlen developed two rare conditions known as acute disseminated encephalomyelitis and transverse myelitis. Owing to this rare ailment, Arlen quickly lost her ability to eat, speak, and move. Doctors believed that there was little chance that she would survive, let alone recover.

From a professional athlete to a sportscaster, Arlen made this incredible transition in 2015. She joined ESPN as one of their youngest on-air talents. In 2016, she learned to walk after having spent nearly a decade being paralyzed from the waist down. After all of these accomplishments, the brave lady took yet another giant step. Arlen was announced as one of the contestants on Dancing with the Stars season 25.

Arlen and Chmerkovskiy make one heck of a duo. And the rest of the Dancing with the Stars cast are in for some serious competition!

After the premiere, Victoria Arlen from Dancing with the Stars said, “I think everything presented a challenge. I think the key is, you know, I can’t feel my legs, so not worrying about where my legs are and trusting Val, because he’s like, give me a frame, give me your posture, and we’ll get your legs to go where they need to go.” Chmerkovskiy added, “Every day is a challenge, but every day is an awesome opportunity to grow, and for me as a teacher to figure out a different way of explaining a step, as a choreographer to figure out movement that can be accomplished within the time that we have, and keep building on that. But ultimately we have such a blast. Every little thing of progress is such a celebration for us and you know, life is relative, happiness is perspective, and we have an awesome perspective.” Wow!  Isn’t their perspective simply beautiful?

Not an Easy Journey

Although Victoria Arlen’s DWTS journey is not the least bit easy, her undying spirit and Val Chmerkovskiy’s support is sure to make her stand out.

Recently, she confessed, “I’ve been a fan of the show since I was little. When the show first aired, I told my mom nonchalantly that I was going to be on the show, but I also told her when I was five that I was going to win a gold medal, so she was like, we’re just putting it on this really fun sparkly list and we’ll see what happens. And then obviously never foresaw what would take place after that.”

Well, in spite of all the roadblocks in her way, this young woman has been ruthlessly checking things off her list. So, watch out for Victoria Arlen on Dancing with the Stars. She is a symbol of strength and inspiration. You go, girl!