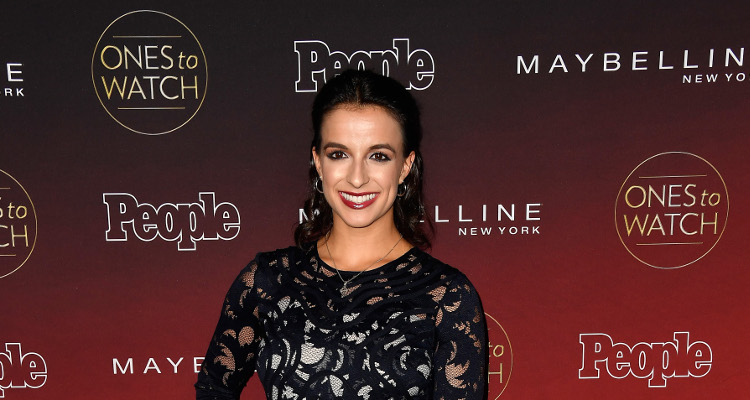 She’s an inspiration to all of us, and her family is prouder than ever to watch Victoria Arlen on Dancing with the Stars season 25. The former Paralympics swimmer credits most of her recovery to her brothers and parents, and here’s everything you need to know about this courageous and talented dancing star.

Victoria Arlen’s brothers and her parents have been her pillars of support, and there is nobody else who could have helped Arlen through the illness. Arlen’s family members are more than proud of their daughter to have come this far in life, after a very serious illness that nearly took her life. Read five facts about what Victoria Arlen went through in her life and how she overcame the illness.

#1. What Happened to Victoria Arlen?

Victoria Arlen was born on September 26, 1994, to parents Jacqueline and Larry Arlen. She is the only girl among triplets with two boys. The three of them have an older brother, as well. Everything was fine in the Arlen family until one fateful day. Victoria was 11 years old when suddenly, she had a sharp pain in her back and side. The doctors decided to take her appendix out, and after that, things went horribly wrong.

Victoria couldn’t walk as her legs had given out, and her feet dragged. She had told ESPN in an interview, “Within two weeks, I lost all feeling and function in my legs. Next, my hands stopped working. I couldn’t control my arms, couldn’t swallow properly or find the right words when I wanted to speak.”

Arlen’s body was slowly shutting down, and her family was trying to do everything they could to keep her illness at bay. But fate had decided differently for this amazing woman, and for the next couple of years, she slipped into a coma. Arlen recalls, “It was as if someone was slowly shutting down the switches on the circuit board that controlled my body and brain. I was slowly slipping away from my family.”

#2. How Did Victoria Arlen Get Over the Illness?

After three long years, the doctors who were studying Arlen’s health condition figured out what they were dealing with. They concluded that Victoria Arlen had developed rare conditions of acute disseminated encephalomyelitis and transverse myelitis. For those who don’t know what these health conditions are, they are autoimmune disorders that cause swelling in the brain and spinal cord.

After the diagnosis, it was also found that, had they diagnosed this disease earlier, Victoria Arlen would have gotten away with just a steroid injection. But after discovering the serious problem, the doctors had decided that Arlen was going to be permanently paralyzed. While she was still in a motionless state, she heard the doctors say so to her parents, but Larry and Jacqueline were not going to give up.

They brought Arlen home to New Hampshire and had a dedicated a room for all her medical needs.

#3. How Did Victoria Arlen’s Brothers Help?

While was being nursed at home, and still not awake, the Arlen brothers would give her a daily update as to what was going on in the outside world. She said, “My three brothers talked to me and kept me in the know about what was going on outside of my room. They empowered me to fight and get stronger. They didn’t know I could hear them, but I could.”

It took Arlen four years to come out of the vegetative state, and one miraculous day, she began coming back to life. It all began when she made eye contact with her mom for the first time, and then slowly, her senses came back.

Arlen was a water baby since she was a kid, but after she had regained her senses, her legs were still not back to life. She had a sad realization that she might not be able to swim again. The doctors had even asked her “get used to a wheelchair,” but it was her brothers who took the decision to throw her in a pool in 2010 to see how she reacted to the water. Though this shocked Arlen first, she slowly began feeling she was still very good in water.

#4. Arlen’s Brother’s Helped Her in Her London Paralympics Dream

It was only the beginning for Arlen when her brothers doused her in the water, and for two years, she trained hard in swimming. All the while, the Arlen family was by her side making sure she did not give up on herself. Though she was still in a wheelchair, she came back home from London with a gold medal when she represented the USA in Paralympics.

It was a dream come true for the swimmer, and now she was more determined than ever to get out of the chair.

When I was five I was asked by my teacher "what do you want to do when you grow up" my response "win a gold medal". And I'm sure you can imagine her response. But I achieved that lifelong dream five years ago when I was seventeen. And to be honest I don't know where I would be without that experience. To me it was more than winning a gold medal, that moment was a moment where I knew and truly felt alive for the first time in a really long time. Two years prior to this moment I was waking up from a four year vegetative state and feeling "alive" was the last thing I felt. And this "dream" I had seemed unattainable; impossible actually. But who says you can't do the impossible? Thanks to my incredible family, friends and coaches that impossible dream became possible. Happy Olympic Day! Go Team USA! ❤️??? #olympicday

#5. Victoria Arlen Was Away From Her Brothers During Recovery

Project Walk in San Diego helps people who suffer from disability to regain their natural self. Victoria Arlen was sure they would be able to help her, and so she and her mother moved there in 2015 far from the boys. Arlen was given the Dardzinski Method of activity-based therapy.

It was in 2016 that she let go off the crutches and put one foot ahead of the other, and began to slowly walk! It was almost a magical moment for the whole Arlen family, and now they are proudly viewing her put on her dancing shoes every week on the famous dance-reality show, Dancing with the Stars. It airs Monday’s 8:00 p.m. EST only on ABC, so be sure to tune in to see this inspirational beauty dance her way into your heart!