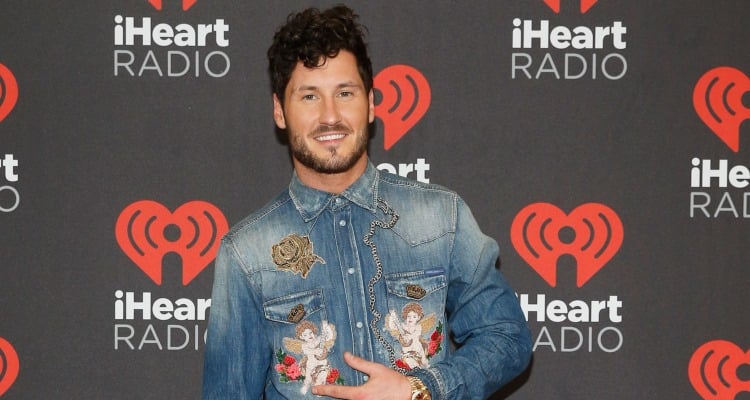 Ukrainian-American professional dancer, Val Chmerkovskiy has been a staple on the hit reality dance show, Dancing with the Stars for a number of seasons, and will be returning to the stage this season to coach his newest partner, Nomandi Kordei. For all the information you need about his life and career as a dancer, we bring you our Val Chmerkovskiy wiki.

Though she has been partnered with Val Chmerkovskiy on Dancing with the Stars this season, many are unfamiliar with Normandi Kordei. She is one of the members of the popular girl group, Fifth Harmony and though her forte is singing, she plans to make her mark on the dance floor on season 24 of DWTS, in hopes of winning the coveted Mirror Ball trophy. And with Val Chmerkovskiy by her side, she may have a real shot! But what do we know about Val Chmerkovskiy, other than the fact that he’s a stunner on the dance floor? We’ve got all the information you need to know about the Ukrainian-American dancer, including information on his early life, his family and his career.

He was Born in Ukraine

Valentin Chmerkovskiy was born March 24, 1986 in Odessa, Ukrainian SSR, Soviet Union, but spent much of his life in Brooklyn, New York. He is a two-time World Latin Dance champion and a 14 time U.S. National Latin Dance champion. Chmerkovskiy also has a good track record on DWTS; on the show’s 20th season, he won the competition with actress, Rumer Willis! It looks like he could very well win the current season alongside Normandi, but we’ll see how the two fare tonight as season 24 begins!

His Brother is Also a Dancer

Born to Aleksandr “Sasha” Chmerkovskiy and Larisa Chmerkovskaya, he has a brother named Maksim (born 1980). Like Val, Maksim also made his career in professional dancing, and is now one of Val’s peers on the show. He first appeared alongside his brother Val in season 2 of Dancing with the Stars, and has competed on the show now for a total of 16 seasons. The Chmerkovskiy family moved to the U.S. in 1994, and in 1996, the brothers opened their own dance studio for youths in New Jersey. Val was one of the students at the studio and in 2001, he and his partner Diana Olonetkaya, 15, became the first American dance group to win a World Junior championship title!

He is a Dedicated Dance Coach

Chmerkovskiy is a talented dancer, and fans got to see a deeper side to him last season when he coached Laurie Hernandez on DWTS. He acted as an older brother to the young contestant, and when it was discovered that her grandma had passed away while they were performing on the show (on November 9, 2016), Chmerkovskiy had to break the news to her. He was notified about the death earlier that night, but he was part of the decision to keep the news from her until two days later. When Hernandez took the stage following the news, she credited Chmerkovskiy for helping her get through it. “He actually covered my ears while the package was playing. I still cried a little bit, but without him I would have probably not been able to dance as well as I did today – or even dance at all,” she said.

Chmerkovskiy then shared a sentimental message on Instagram (@iamvalc) to show his support for his little athletic partner. It read: “I’m not here to shelter you from the truth but I’m always here to try to give you an explanation. Life is tricky thing sometimes, hard to explain, but one thing I know is your grandmas legacy lives thru you. You make her proud every single day. With the grace with which you carry yourself. the example you set for others. and the humility and joy you share with the world around you. you’re a gem Laurie, don’t ever change. Love you and very proud of you. Your older brother.” 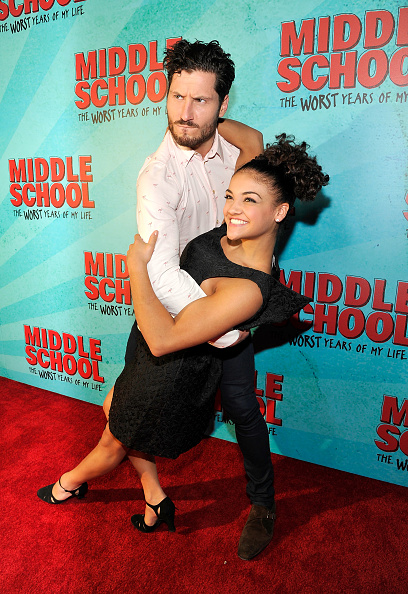 Tonight, Val Chmerkovskiy and Normandi Kordei will perform their first dance routine as partners, and they will be dancing the quickstep. As a seasoned musician, Kordei likely has some training in performance and choreography, but this will be a far cry from the simple dance routines she’s used to when performing with her girls from Fifth Harmony. The two have been working hard in the studio, preparing for tonight’s first performance and making sure they’ve got their moves down packed!

Rumors circulated in February 2016 that Chmerkovskiy and professional dancer/DWTS contestant, Jenna Johnson were in a relationship, but a source confirmed to E! News that they were not dating. “The pros are in rehearsal now—he’s a pro, she’s in the troupe. In their free time, people sometimes hang out. They had a friendly lunch. That’s all. He’s single. He doesn’t have a girlfriend… There’s no special woman in Val’s life other than his mom.” Val Chmerkovskiy’s girlfriend is non-existent, but the dancer has bigger things on his mind right now than girls! He’s got a show to win!

Val Chmerkovskiy’s net worth is $1.5 million and it’s no wonder! The talented dancer shared 25 fun facts about himself with US Weekly in 2014 and these interesting bits of information show just how talented the dancer truly is! The star explained, “I am a classically trained violinist and played concertmaster violin with my youth orchestra in Carnegie Hall.” He’s extremely competitive and said he could challenge anyone at basketball and soccer. Chmerkovskiy participates in the Pencils of Promise Charity as an ambassador, and his family and friends helped build a school in Ghana to educate children. The dancer said he’s never missed Sportscenter, he’s amazing at Connect Four, his first kiss was in kindergarten, he enjoys Cocoa Pebbles for breakfast and he has a dog named Sir Sleep. He topped off the list with fact No. 25: “I’m grateful and thank my parents every day for the sacrifices they made that helped bring me to where I am today.” We are also grateful to his parents for creating such a genuine and talented young man!