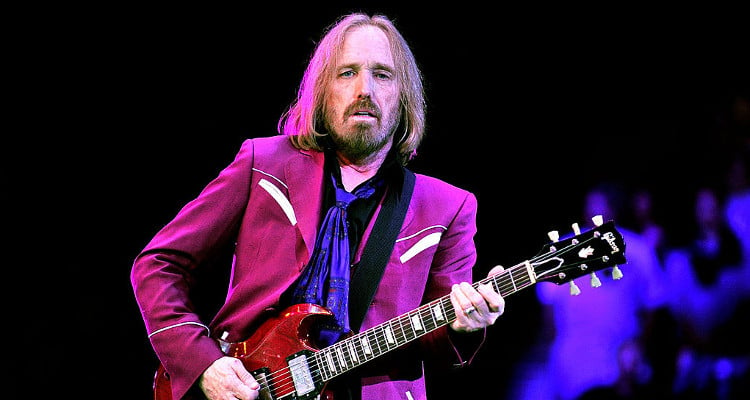 Tony Dimitriades has been Tom Petty and the Heartbreakers’ manager since 1976 and produced several documentaries and films on the band. He has been invaluable to them, especially during their long and grueling tours. Dimitriades confirmed Petty’s death on behalf of the singer’s family, and is undoubtedly mourning with them.

Tom Petty died after suffering from cardiac arrest in a Los Angeles hospital on Monday, October 2, 2017. His manager, Tony Dimitriades was there along with Petty’s family at the hospital, and released a statement about the singer’s death: “On behalf of the Tom Petty family, we are devastated to announce the untimely death of our father, husband, brother, leader, and friend Tom Petty. He suffered cardiac arrest at his home in Malibu in the early hours of this morning and was taken to UCLA Medical Center but could not be revived. He died peacefully at 8:40 p.m. PT surrounded by family, his bandmates, and friends.” People want to know more about Tom Petty’s manager so here are a few details from Tony Dimitriades wiki.

Dimitriades was not only Tom Petty’s manager, but also represented artists like punk rocker Billy Idol, progressive music group Yes, and pop-rock diva Stevie Nicks. He works with artist management company East End Management through which he nurtured and guided several major and lesser-known artists over the years. However, he is best known for being the manager of the legendary Tom Petty and the Heartbreakers, with whom he has been associated since the late 1970s. He  produced several of their films like Mike Campbell: The Guitars, a documentary on the band’s lead guitarist;  Tom Petty and the Heartbreakers: Live at the Olympic – The Last DJ and More, a video documentary; and Pack up the Plantation – Live!, a concert film.

He also appeared as himself in several documentaries and films made on the band and Tom Petty. Dimitriades has managed Petty since 1976 and was deeply saddened by the singer’s death. After all, Petty was just 66 years old, and still had passion and enthusiasm about making music. There is no information on Tony Dimitriades’ net worth but considering his long career with successful artists, it must be substantial. These artists have sold millions of records over the years and have many successful tours as well.

Right now, Tony Dimitriades is helping the Petty family with this tragedy, while coming to terms with the loss as well. He has lost a friend and confidante with Tom Petty’s death, and our deepest condolences go out to him and the Petty family.