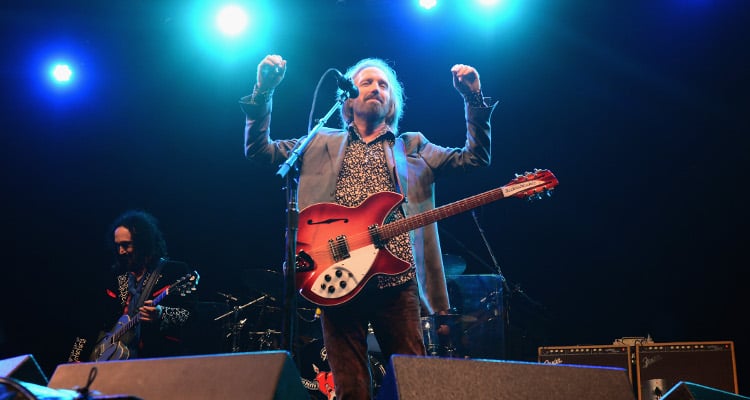 Tom Petty was a genuine rock star. He was the creative force behind many albums and songs that went on to become all-time classics. He was known for his special brand of rock music, often called “Heartland Rock” or “Southern Rock.”

Petty suffered a cardiac arrest on Monday, October 2, 2017, and was taken to a hospital where he was put on a life support system. After some confusion over his survival status, his family finally confirmed that he had passed away. A rock icon is no more and many are still reeling from the loss.

It broke everybody’s heart when the news first spread that rock musician Tom Petty passed away in the hospital following a heart attack, on Monday, October 2, 2017. The legendary singer-songwriter was reportedly hospitalized at the UCLA Santa Monica hospital after being found motionless at home. Petty was not breathing and suffered a cardiac arrest in the early morning on October 2, 2017.

There were initial reports in the media that Petty had died, but later, the LAPD said that it could not confirm the report. Tom Petty’s daughter took to social media writing an angry retort to everyone (including the famous Rolling Stone magazine) who had published the false report and said that he was still alive.

Is Tom Petty dead? Yes, Petty passed away on Monday, October 2, 2017, as per the latest news reports.

The man who gave his fans evergreen hits like “American Girl,” “The Waiting,” “Free Fallin’,” and “I Won’t Back Down” is no more. Tom Petty’s cause of death was a reported cardiac arrest, after which he was reportedly taken off life support. His family, however, revealed later in the day that he died peacefully at 8:40 p.m. and was surrounded by his family, friends, and bandmates.

Here are a few details from Tom Petty’s wiki.

The Moment of Truth

Born on October 20, 1950, in Gainesville, Florida to parents Kitty and Earl Petty, Tom Petty’s age was 66 years old at the time of his death.

Petty’s passion for rock and roll sparked at the age of 10, when he first saw Elvis Presley perform. And it became an all-consuming passion for him when he saw The Beatles perform on The Ed Sullivan Show. It was at that moment that Petty knew that he wanted to be in a band more than anything else in his life.

Recalling that time Petty said, “The minute I saw The Beatles on the Ed Sullivan Show – and it’s true of thousands of guys – there was the way out. There was the way to do it. You get your friends, and you’re a self-contained unit. And you make the music. And it looked like so much fun.” He added, “It was something I identified with. But I really saw in the Beatles that here’s something I could do. I knew I could do it.”

Petty dropped out of school and formed his first band called Mudcrutch, whose only single “Depot Street” remains popular, even today. Petty really hit the big time when he formed his legendary band, Tom Petty and the Heartbreakers. He set off making his own kind of music which has been called rock and roll, heartland rock, and even stoner rock by the pundits.

Over the last four decades the band released successful albums like You’re Gonna Get It!, Damn the Torpedoes, Southern Accents, Long After Dark, Into the Great Wide Open, Echo, and Hypnotic Eye. Millions of people have grown up on their classic hits like “Breakdown,” “I Need to Know,” “Listen to Her Heart,” “Here Comes My Girl,” “Refugee,” and “Don’t Come Around Here No More.”

A Truckload of Hits

Petty also had a successful solo career and often sang with other artists. His solo albums include Full Moon Fever, Wildflowers, and Highway Companion, which spawned hit singles like “Free Fallin’,” and “Running Down a Dream.”

Petty was also part of the supergroup The Traveling Wilburys, which also included Bob Dylan, George Harrison, Roy Orbison, and Jeff Lynne. They released two albums, which remain much loved and are heard even today with fans still loving songs like, “Handle with Care,” “You’re Not Alone Anymore,” and “End of the Line.”

The popularity of Petty can be gauged from the fact that so far, more than 80 million of his records have been sold worldwide and his live tours have been sellouts all over the country. No wonder Tom Petty’s net worth is estimated to be over $95.0 million!

An Ambassador of Rock Music

Tom Petty’s wife is Dana York Epperson, and they married on June 3, 2001. They have a son named Dylan from Epperson’s earlier marriage. Petty also has two daughters from his first marriage to Jane Benyo in 1974 named Adria and AnnaKim Violet.

Petty’s death at the age of 66 has come as a shock to his family, friends, fellow musicians, and fans, who are devastated by this news.

Artists across the music industry have sent their messages of condolence to Petty’s family, including Bob Dylan who said, “It’s shocking, crushing news. I thought the world of Tom. He was a great performer, full of the light, a friend, and I’ll never forget him.”

Petty was talented, hard-working, generous, respected, and loved by everyone. With his death, the music industry has lost one of its greatest ambassadors of rock and roll and a hero figure to millions.

Rest in peace, Tom Petty. Your music will always live on.