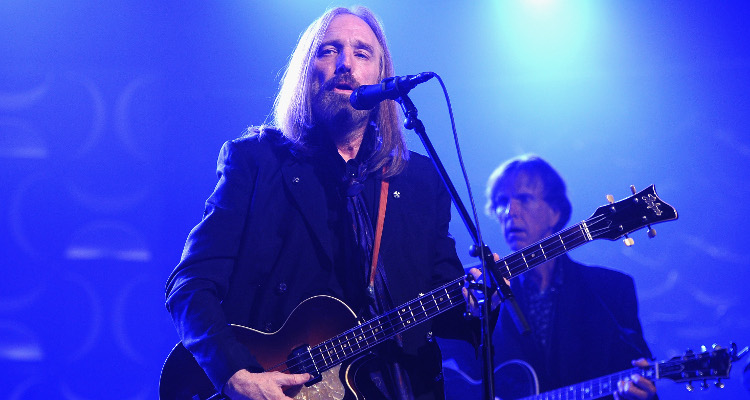 Tom Petty passed away on October 2, after a nearly five-decade long career as the lead singer of Tom Petty and the Heartbreakers. The rock ‘n’ roll star was still making music and amassed a net worth of $95.0 million.

Rock music icon, Tom Petty has dead at the age of 66. The vibrant musician famous for his guitar riffs and nasal vocals passed away following a cardiac arrest. The Tom Petty and the Heartbreakers frontman gifted the world hits like “Free Fallin” and “American Girl” and built a heartland rock empire. He was still performing in the days leading up to his hospitalization. His time as an artist earned him $95.0 million. Here’s a breakdown of the singer’s music legacy and Tom Petty’s net worth.

How Rich Was Tom Petty?

The Rock & Roll Hall of Famer with a net worth of $95.0 million was one of the best-selling artists of all time. He has sold 80 million records worldwide in his career. In 2011, Forbes called Tom Petty and the Heartbreakers a band with an infinite shelf-life, as they were named one of the highest paid musicians.

Hit songs, albums, tours, merchandise, and a minor acting career paved the way for a lucrative music career. The rocker went through abuse at the hands of his father for his love of the arts, but his passion for music made him a top-selling artist.

After initial failures with his band, he pursued a solo career but eventually formed the Heartbreakers. Their debut album gained popularity in the U.K., while their second album, You’re Gonna Get It, was their first Top 40 album. He also joined the supergroup of popular singers, the Traveling Wilburys, with Bob Dylan, Roy Orbison, and Jeff Lynne. His lasting popularity was attributed to hit songs like “The Waiting,” “Runnin’ Down That Dream,” “American Girl,” and “Mary Jane’s Last Dance.”

Rock ‘n’ roll’s MVP recorded albums that have earned an estimated $750,000 in sales. His debut solo album, Full Moon Fever earned a five time platinum certification making it a commercial hit with more than $7.0 million in sales. Wildflowers was certified triple-platinum and earned around $4.5 million in album sales. The Heartbreakers’ album, Into the Great Wide Open, was certified double platinum with two million copies sold, earning $3.0 million in sales.

In recent years, Tom Petty and the Heartbreakers produced some new music. They were big earners year after year performing multiple sellout shows. They reportedly performed 46 dates in 2011, earning $38.0 million that year. The band wrapped up a massive U.S. tour to celebrate its 40th anniversary in November last year.

Petty, who was married to Jane Benyo and already a father to two girls before he achieved fame, was rarely home because he was constantly touring. He spent most of his career on the road touring hundreds of cities. At the end of the band’s U.S. tour last year, Petty said it would be their last big tour.

“I’d be lying if I didn’t say I was thinking this might be the last big one. We’re all on the backside of our sixties. I have a granddaughter now I’d like to see as much as I can. I don’t want to spend my life on the road. This tour will take me away for four months. With a little kid, that’s a lot of time,” said Petty.

He also tried his hand at acting with small roles in FM and Made in Heaven. He played himself as Gary Shandling’s neighbor in several episodes of It’s Garry Shandling’s Show. He also appeared on The Larry Sanders Show, and the Kevin Costner-starrer, The Postman. He lent his voice for an episode of The Simpsons and had a recurring role on King of the Hill.

In his later days, he hosted a popular radio show, Tom Petty Radio on SiriusXM where he curated music that influenced him as a musician. He also had a show, Tom Talks to Cool People where he interviewed other singers and music professionals.

Tom Petty went through some difficult periods in his career, but has always come back fighting. In 1987, he and his family escaped a near death experience at their home in Encino, California.

Petty, his then-wife, Jane Benyo, and their five-year-old daughter were in their home when they smelled smoke. Within moments, the house was engulfed in flames. Petty got his wife and daughter out of harm’s way and tried his best to put out the fire with the help of his housekeeper. After firefighters put out the fire, the house was already gutted. The estimated damage was around $1.0 million.

According to reports, an arsonist set the Petty’s home on fire, a fact that had the singer disturbed for years. His recording studio and original tapes were salvaged but Petty’s signature gray top hat was lost in the fire.

Petty rebuilt the home, with fireproof materials this time. The mansion with a yoga room, sauna, stone-adorned pool, and three-car garage was sold in 2012 for $3.5 million.